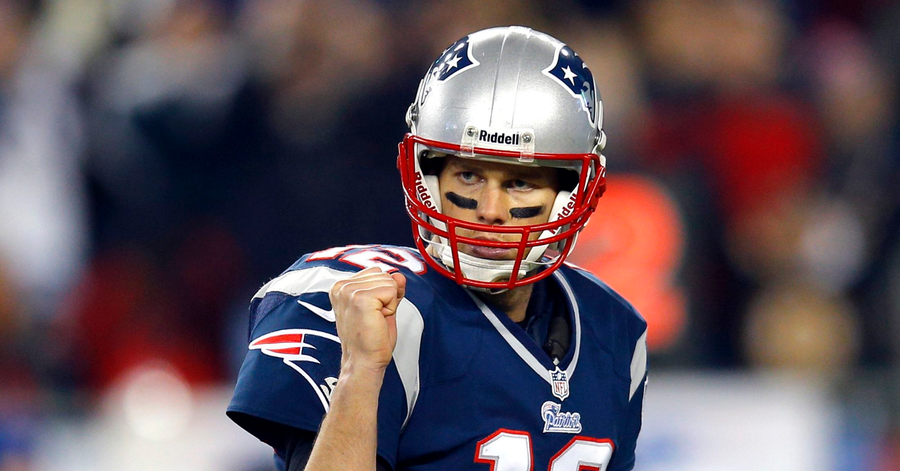 Master vs. Apprentice: Brady Earns His Title in Week 1

For the first time in seven months, class was back in session for Tom Brady. In Week 1, the Houston Texans defense found themselves in the throes of a Brady masterclass. His former apprentice Jimmy Garoppolo was enduring growing pains on the road against Minnesota.

Fortunately, Gronk's return as Brady’s safety valve allows the pair to continue demonstrating the chemistry of a couple that finishes each other’s sentences. Brady completed 26 of his 39 attempts for 277 yards, three touchdowns, and an interception. Gronkowski reeled in eight of those targets for 123 yards.

In total, 25 of Brady’s 39 throws targeted tight ends and running backs, while interim No. 1 receiver Chris Hogan only hauled in one pass for 11 yards. Brady’s first touchdown pass of the 2018 campaign came after he eyed smaller cornerback Zach Cunningham attached to Gronkowski in coverage with safety Kareem Jackson hovering in close proximity. He put enough velocity on the ball to travel 30 yards into Gronkowski’s hands, as both defensive backs failed to break up the completion.

His third touchdown throw was the culmination of a 78-yard, eight-play, two-minute drill. Having all day to progress through his reads allowed Brady to stand tall in the pocket, until Phillip Dorsett created separation in the back of the end zone.

It was in stark contrast to Garoppolo’s glitchy performance. Against Minnesota’s defense, Garoppolo was instrumental in matriculating the offense up and down the field, grinding out a modest 261 yards by air. However, three interceptions to one touchdown, a 45 percent completion rate and a red zone misstep illustrate just how short he fell of the lofty expectations placed on him.

The difference between Brady and Garoppolo’s performance can’t be whittled down to just completion percentages and interceptions. For a vast majority of the afternoon, Brady operated from a clean pocket. In contrast to Brady’s buoyancy behind the o-line, Garoppolo sank like a lead weight under Minnesota's constant pressure that repeatedly collapsed the pocket. What’s unclear is whether he was weighed down by the pressure of the Vikings predatory pass rush or the expectations after receiving a five year, $137.5 million deal, or both. Garoppolo's three turnovers were the bad and the ugly, without the good.

His first interception was a backbreaker that saw him staring down a receiver as three Vikings pass rushers closed in.

Jimmy Garoppolo wasn’t completely to blame for his woeful day. Rookie wideout Kendrick Bourne ran the wrong route on the pick-six and a sure touchdown bounced off of Pierre Garcon’s mittens. Tight end George Kittle led all Niners in receiving yards but had a pair of drops, including what could have been a Joe Montana to Dwight Clark-like touchdown connection. On a critical red zone possession in the fourth quarter, Garoppolo located Kittle in the end zone. Unfortunately, Garoppolo’s spiral sailed just out of his reach.

Garoppolo’s third and final interception was football Hara-Kiri. With fewer than two minutes remaining in regulation, the Niners offense took the field at their own 11, down 16-24. If Garoppolo picked up any of Brady’s magic by osmosis, this would have been the time to conjure up some tricks. Instead, the 49ers' two-minute drill ended with a whimper. An incompletion and a throw served into the the lap of the Vikings' Harrison Smith put the Niners out of their own misery.

.@HarriSmith22 with the exclamation on his big day. pic.twitter.com/bYD7WpCS66

But this was the first loss of Garappolo's career, and it's hard to write off Garoppolo so soon. The Vikings are one of the most brilliantly schemed defenses in the NFL, with outstanding talent to match. In 2017, the Vikings paced the NFL in points allowed and total defense. Sans injured receiver Marquise Goodwin and running back Jerick McKinnon, Garoppolo shouldered the responsibility of picking up the broken pieces of San Francisco’s injury-riddled offense. McKinnon, who tore his ACL during one of San Fran’s final training camp practices, is a very capable pass catcher out of the backfield and will surely be missed by Jimmy G.

Starting guards Mike Person and Joshua Garnett were both lost to foot injuries, forcing rookie right tackle Mike McGlinchey to shift inside. Those tectonic shifts along the offensive line created fissures that the Vikings were able to exploit. There will be better days ahead for Garoppolo, who is still very young in terms of being a starting QB in the NFL. For Brady, this was only the latest instance of him making the extraordinary look quotidian.