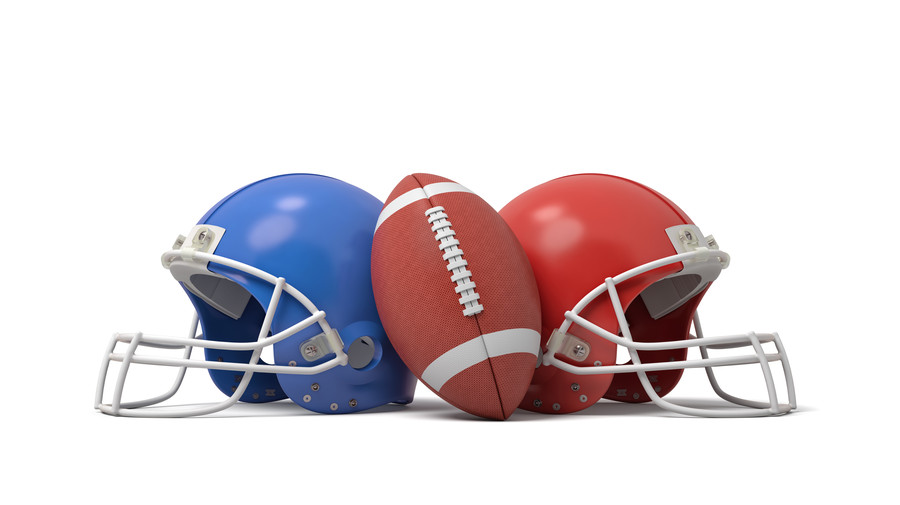 Master vs. Apprentice: Week 3 – Game Over for Garoppolo as Brady Struggles

Tom Brady and Jimmy Garoppolo both hit their respective nadirs in September. This was likely the worst week of Garoppolo’s professional career. Until now, he’s been a symbol of optimism within the San Francisco 49ers organization. On Monday, one day after his left knee buckled on the Kansas City Chiefs sideline, an MRI scan revealed that Garoppolo had in fact torn his ACL. The Bay Area hasn’t seen high expectations burn up that quickly since 1974's Towering Inferno.

Meanwhile, Brady is more embattled than he’s been in four years after upchucking 14 completions in 26 attempts for a meager 133 yards, included one touchdown and an interception, in what was arguably the worst regular season performance of his career. The last time Brady was this atrocious occurred during a 41-14 loss to the Kansas City Chiefs on Monday Night Football in 2014 before he was replaced by a young Garoppolo, who looked spectacular in limited action. Brady’s calamitous Sunday Night Football performance against Detroit contained echoes of that Monday night in 2014.

Both played out on primetime and backed up the notion that Brady's age was beginning to catch up with him. We now know that loss begat the Patriots’ appearance in three of the next four Super Bowls.

The Lions borrowed Jacksonville’s formula for bracketing Rob Gronkowski and turned Brady into a dink and dunk game manager. Seven out the eight passes he threw that traveled 15 yards past the line of scrimmage were incompletions.

Sunday night’s ineffectual outing can mainly be contributed to New England’s meager offerings in the receiving corps. Imagine an NBA lineup comprised of five slashers who score inside the paint. Defenses would funnel ball handlers inside, clog the paint and there would be no room to operate. Aside from Gronkowski, it’s an apt comparison to New England’s receivers being contained to a compact space. The Patriots basic lack of “floor spacing” receivers who stretch the field and force safeties to watch the deep ball is effectively choking their passing attack.

Julian Edelman remains one week away from returning to action from suspension and Josh Gordon is still absorbing the playbook. Against a Detroit unit that allowed 39 points per game through the first two weeks of the season, New England could only muster 10 points. Matt Patricia’s intimate familiarity with the New England Patriots offense can’t be discounted. Detroit may have been the most prepared team to face New England because of Patricia’s recent experience as their defensive coordinator.

Meanwhile, the 49ers 2018 campaign is a parachute-free skydiver hurtling towards Earth. The Niners prospects were initially dampened after starting tailback Jerick McKinnon tore his ACL in training camp, just before the regular season opener. Then, Marquise Goodwin, who had become Garoppolo’s favorite target, injured his thigh in Week 1. And now, Garoppolo is out for the season.

On Sunday, Kansas City’s secondary was ripe for dissection and represented a chance for the Niners to get on track. Eric Berry, Marcus Peters and Ron Parker were once the catalysts for their ravenous defense. However, Berry is still rehabbing an Achilles tendon he tore during the 2017 season opener. Free safety Ron Parker has been cut by two teams this year, including the Chiefs, and kleptomaniac cornerback Marcus Peters was traded to the Los Angeles Rams.

The most unfortunate aspect of Garoppolo’s injury, aside from the impending rehabilitation and San Francisco’s dimmed playoff aspirations, is that it also halted a comeback the Niners could have built on moving forward.

Garoppolo’s turning point against Kansas City commenced with 34 ticks remaining in the first half. Down 35-7, Garoppolo finally found a pulse and advanced the offense 54 yards to get Robbie Gould into comfortable field goal range. 35-10.

His first possession of the second half was a continuation of the rhythm he’d found. The 7-play, 87-yard drive culminated with Garoppolo connecting with Goodwin for a touchdown. Their momentum could have been stalled after Gould’s extra point bounced off the upright. 35-16.

Instead, their ensuing possession ended with Alfred Morris tacking on a goal line touchdown. Garoppolo converted the two-point conversion with a tight spiral to TE George Kittle. 35-24.

A Kansas City field goal complicated matters, but the margin was only two touchdowns at that juncture with a full quarter to go. 38-24.

The fateful play which ended Garoppolo’s season was indicative of the type of playmaking alchemy San Francisco knew he was capable of. Garoppolo led San Francisco into 1st and goal territory but were knocked back to a third and goal from the 20 following a pair of sacks. On 3rd down, Garoppolo took the snap from the shotgun, shook off Justin Houston at the 30, and sprinted outside, gaining 13 yards from scrimmage before his knee gave out on the sideline as he attempted to cut back inside to pick up more yardage.

Replacing Garoppolo, C.J Beathard’s touchdown on 4th down was nullified. San Francisco wound up kicking a field goal to make the score 38-27. A touchdown would have brought them within 7, but Garoppolo’s injury had already sucked the air out of Kyle Shanahan’s side.

Brady has Week 4 to begin his climb out of a 1-2 hole he’s seen before. On the other hand, Garoppolo will be stuck at home, helplessly watching his team's probable collapse. However, a season-ending injury is a rite of passage, even for quarterbacks. Aaron Rodgers, Carson Wentz, Deshaun Watson, and Tom Brady emerged on the other side with a renewed sense of purpose. Garoppolo will have to grapple with his 30th ranked QBR. One upside is that eventually, though, Garoppolo will return to an offensive unit whose supporting cast should be dramatically improved a year from now.

Sadly, with Jimmy G's ACL injury, we will have to retire this Master vs. Apprentice series, as you can't make a comparison to the master without an apprentice in the mix.