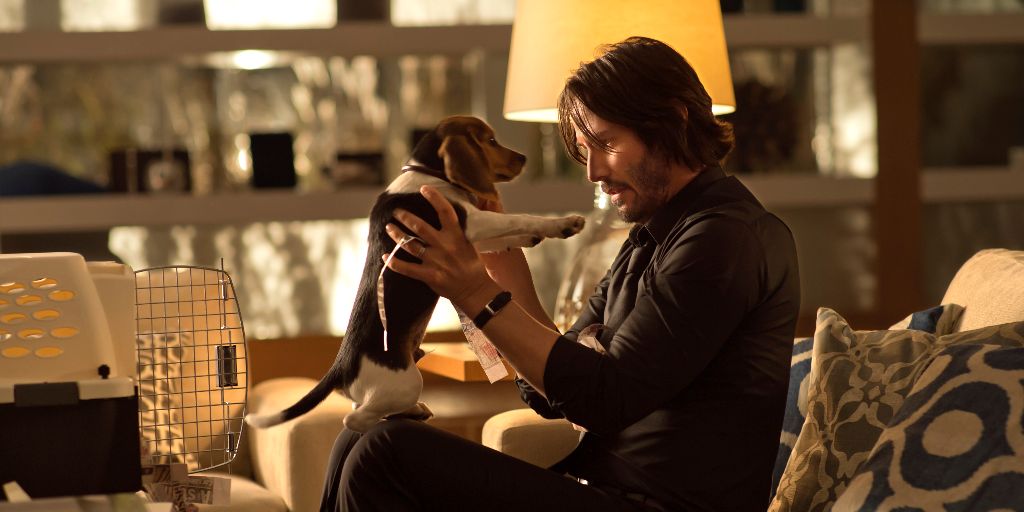 Well, this is interesting. Warner Bros. just dropped two big scheduling changes for their slate. First, they have dated The Flash for July 1, 2022. The long (long, long)-in-development DC Films flick, which will still apparently star Ezra Miller as Barry Allen, currently has It helmer Andy Muschietti attached to direct, but little is known about the project that has bounced around in development hell since the initial “Here are all the DC Films movies we’re making!” shareholder call back in October 2014. One advantage is that the flag-in-the-sand release date makes it one of the only outright titled summer releases, alongside Mission: Impossible 8 in August and Black Panther 2 in May, and DC Super Pets over Memorial Day weekend. James Wan’s Aquaman 2 is still slated for Dec. 16, 2022, alongside the next Star Wars.

Will a Flash movie finally happen this time? Will CW’s The Flash still be on the air by July 2022? If DC Films is still on solid footing by then, going for their current streak (Wonder Woman, Aquaman, Shazam and Joker) and following it up with well-liked and well-received Birds of Prey, Wonder Woman 1984, The Batman, The Suicide Squad and Black Adam, well, The Flash may be in a situation in which it somewhat coasts on merely being a DC Films flick, which would be a hell of a development for those who’ve followed the DC Comics movie melodrama over the last six years. If DC Films is still kicking ass by the time Aquaman 2 drops in December 2022, Warner Bros. might as well #releaseTheSnyderCut of Justice League just for the hell of it.

As was confirmed the weekend of Dec. 7, The Conjuring: The Devil Made Me Do It will open Sept. 11, 2020, and now Mortal Kombat has shifted from March 5, 2021, to Jan. 15, 2021, presumably positioning the James Wan-produced video game re-adaptation (Give us babalities and friendships, cowards!) as the first “big” movie of the year. A Fred Hampton biopic, produced by Ryan Coogler, directed by Shaka King and starring Daniel Kaluuya and LaKeith Stanfield, is now slated for Aug. 21, 2020, which is in the same release-date ballpark where The Help and Straight Outta Compton shined. Or maybe the same folks who complained that Hollywood never makes interesting movies and then ignored WB’s Blinded By the Light, The Kitchen, The Goldfinch, Doctor Sleep and The Good Liar will ignore this one too.

But the shocking news concerns May 21, 2021. WB has officially put the live-action adaptation of Akira on ice, meaning that Scarlett Johansson’s Ghost in the Shell didn’t die for nothing. But instead of Akira on that date, we’re getting the Lana Wachowski-directed Matrix sequel. Yes, again starring Keanu Reeves and Carrie Anne Moss, with a growing cast including Neil Patrick Harris, Jonathan Groff, Yahya Abdul-Mateen II and a returning Jada Pinkett Smith, we’re getting a fourth Matrix movie. It’s on the same weekend where The Matrix Reloaded opened with a then-record $134 million Thurs.-Sun. debut, including a near-record $91 million Fri.-Sun. frame, before earning $279 million domestic and $742 million worldwide. It’s one of the best weekends of the year, as the opening weekend will be cushioned on the second frame by the Memorial Day holiday weekend.

It worked for all four Shrek movies, all three Star Wars prequels and John Wick: Chapter 3. And it was supposed to work for John Wick: Chapter 4 as well. Yes, as of this moment, Keanu Reeves’ Matrix 4 is slated to open on the same day as Keanu Reeves’ John Wick 4. Look, I’m sure Lionsgate will find another home for the Baba Yaga, as there was word, courtesy of Lance Reddick, just weeks ago, that scheduling conflicts for the respective Reeves action sequels would potentially cause a delay for the Wick flick. So, either Lionsgate will delay John Wick 4 or we’ll get the greatest box-office showdown since Ghostbusters and Gremlins opened on the same day in June 1984. I can’t imagine this actually happening as such, but it’s fun to speculate.

Honestly, I wouldn’t bet against a franchise that is growing in popularity right now, as opposed to a once-was-beloved franchise whose two sequels received mixed responses. From John Wick ($43 million domestic/$88 million worldwide in 2014) to John Wick: Chapter 2 ($91 million/$171 million in 2017) to John Wick: Chapter 3 ($173 million/$326 million in 2019), Lionsgate’s R-rated, original action franchise has shown the kind of growth that we simply don’t see with modern franchises outside of, relatively speaking, the Captain America trilogy. If anything, The Matrix 4 will only be that much more popular because of the new fans Reeves gained via the John Wick films. Granted, since John Wick 4 is presumably going to expand its overseas footprint, I’d advise it not to go against an overseas-friendly franchise, especially one that also stars Keanu Reeves.

Sure, Warner Bros. and Lionsgate could split the marketing bill and essentially sell both movies concurrently as a kind of “maximum Keanu” event, but that’s a ridiculous pipe dream. Anyway, Akira is no more and The Flash has a release date which a.) affirms itself as potentially one of the bigger movies of the summer alongside Black Panther 2 and Mission: Impossible 8, and b.) matches up with its “We want to be like Marvel’s young Spider-Man franchise” sensibilities. The Conjuring 3 will open on the same post-Labor Day weekend as It, It 2 and The Nun, and The Matrix 4 now has an official prime summer release date. As for John Wick 4, well, I guess they could move it to May 22, 2022, against DC Super Pets. Take that, ya mutts!