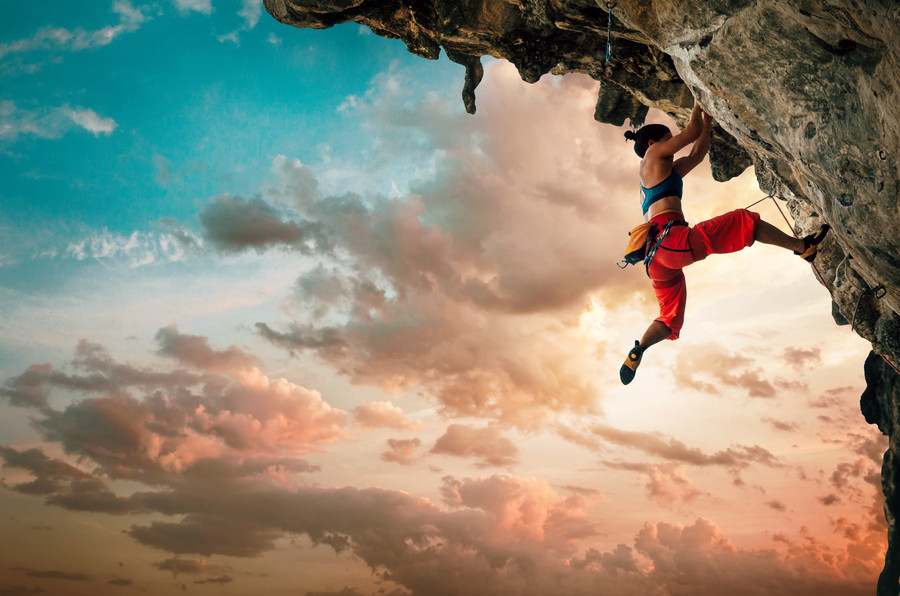 After weeks and weeks of a news cycle that wasn’t quite sure if COVID-19 would cancel yet another sporting event, it appears as though the Tokyo 2020 Olympics will indeed take place, albeit one year late, in Tokyo where the pandemic rages on.

This is amid positive cases from the Ugandan team upon arrival in Japan and medical advisers recommending no fans be able to attend (local fans will be allowed but with strict limits).

In other words, a lot could have gone wrong and derailed an experience of a lifetime for some athletes whose sports will be Olympic events for the first time. In addition to the return of baseball and softball after two Summer Games without them, skateboarding, surfing, sport climbing, and karate will be new events on the big stage.

The biggest spotlight for Team USA will arguably be on gymnast Simone Biles. But let’s get to know a few newcomers to the Olympic stage who may not be household names yet.

First contest back and got the win. Big couple months comin up let’s gooooo!!!🇺🇸🇺🇸 pic.twitter.com/hIzhGnbuYH

What to know: While skateboarding may be new to the Olympics, Huston has been a giant in the sport for a long time. He headlines the Olympic team that was announced back in April with his six World Skateboarding Championship medals and 12 X Games gold medals. He’s considered a gold medal favorite for the men’s street competition. Huston is the highest-paid street skater of all time and even has his own Nike shoe, called Nyjah.

His father, Adeyemi Huston, was a skateboarder and was adamant that his sons follow in his footsteps. After it was clear Nyjah was a budding star, his father moved the family to Puerto Rico. The move put Nyjah's skateboarding career in jeopardy with his sponsors because he was far less visible outside the United States. After his mother, Kelle Huston, took his four siblings back to California, a judge awarded her custody of Nyjah in 2010.

What to know: A four-time world champion, Moore is ranked No. 1 in the women’s championship tour. She’s one of the sport’s all-time greats and amassed 11 national titles as an amateur before turning pro in 2010. At that point, she and Australia’s Stephanie Gilmore found themselves in a two-horse race atop the women’s rankings for the better part of a decade.

They can renew the friendly rivalry in Japan since Gilmore is an Olympian for the sport’s entrance to the big stage as well. Moore has known she’d be part of Olympic history for a while. She qualified for the U.S. team when she won her fourth world title in 2019, in Maui.

What to know: There are some serious bloodlines for Raboutou, who was the first U.S. climber ever to qualify for an Olympic Games when she finished ninth in the combined qualification round at the 2019 International Federation of Sports Climbing (IFSC) World Championships. Her mother, Robyn Erbesfield-Raboutou, and father, Didier Raboutou, each won multiple climbing world cup championships.

Raboutou won silver at the IFSC World Cup competition in Innsbruck, Austria in late June. She was beaten only by Slovenia’s Janja Garnbret, who is one of the world’s best and will also be in Tokyo.

What to know: At age 4, Torres’ family moved from Cuba to Newark, New Jersey. The youngster had a lot of pent-up energy and a doctor told Torres’ parents he was hyperactive and suggested they put him in a sport that would tire him out. Ever since age 6, it’s been all about karate.

Considering the sport won’t be in the 2024 Paris Games, this could be Torres’ only shot at being an Olympian. The four-time USA Karate Senior Team Member qualified with a gold medal win at the Karate Olympic Qualifiers in June. Torres will compete in “kata,” the karate discipline known as “forms,” where the athletes are judged on their ability to perform moves. This differs from “kumite,” known as “sparring” or “partner work.”