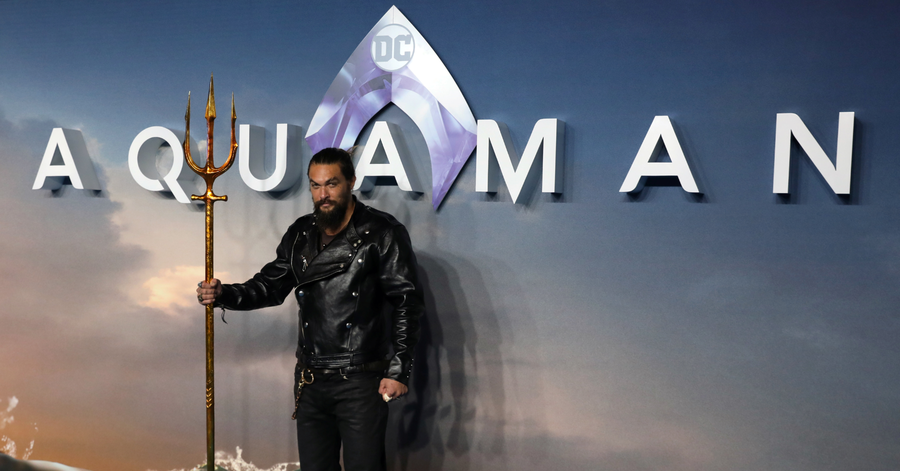 Momoa and Heard take to seas in superhero film ‘Aquaman’

LONDON — "Game of Thrones" actor Jason Momoa brings the latest superhero spin-off to the big screen, this time "Aquaman", to tell the story of the DC Comics half-human, half-Atlantean character.

The 39-year-old first made an appearance in the role in 2016's "Batman v Superman: Dawn of Justice" but now has his own movie exploring the superhero's origins.

Momoa portrays the character, known as Arthur Curry, as he embarks on a journey of self-discovery, and with plenty of action and special effects, viewers are taken to the underwater world of the seven seas.

Walking a blue carpet — in line with the film's aquatic theme — at the film's world premiere in London on Monday, Momoa said the role was the toughest he had undertaken so far.

"Physically it's just really challenging and demanding to do the stunts and then stay in shape," the actor told Reuters, adding he identified with the character for various reasons, including "being an outcast".

The film also stars "The Rum Diary" and "Magic Mike XXL" actress Amber Heard as warrior Mera. Dressed in a floor-length green dress with matching head cap, Heard said she was not keen at first on doing a superhero film.

"I was pretty allergic to the idea ... In my very limited experience with that world, I didn't see intuitively what that would have to appeal to me," she said.

"I'm interested in complex nuanced roles that depict women in more accurate and more organic ways. And then the creators called me [saying] she's a warrior queen. I was like ... 'OK, I'm interested'."

This article was from Reuters and was legally licensed through the NewsCred publisher network. Please direct all licensing questions to legal@newscred.com.