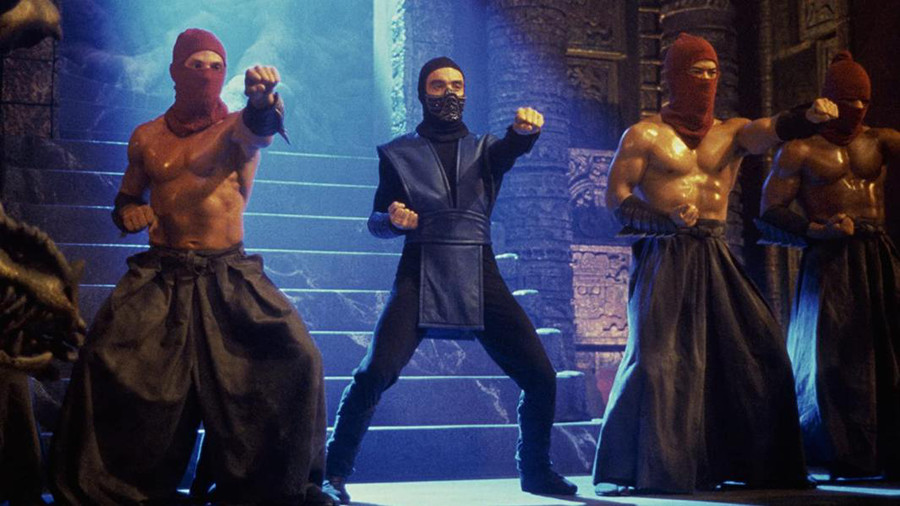 The secret to making a well-liked and commercially-successful video game movie has been hiding in plain sight for 25 years.

Last week marked the 25th anniversary of Paul W.S. Anderson and Kevin Droney’s Mortal Kombat. Truth be told, the nostalgia I feel for the film isn’t rooted in the movie itself (I didn’t even see it in theaters), but rather the mere notion that a video game-based movie could A) be an unapologetic B-movie genre flick and B) not necessarily expected to be an A-level box office blockbuster. Mortal Kombat’s $23.2 million domestic debut, a near-record for August (just below the $23.7 million debut of The Fugitive in 1993) at the time, of the first Mortal Kombat was very much a surprise as was its eventual $70 million domestic and $121 million worldwide cume. Its success is noteworthy in retrospect, both because it cracked the video game movie code almost from the beginning and because it personified New Line Cinema’s unmatchable ability to tap into the pop culture zeitgeist.

Mortal Kombat was not the first video game-based movie, following Super Mario Bros in 1993 and both Double Dragon and Street Fighter in 1994. While the $60 million Bob Hoskins/John Leguizamo fantasy didn’t really want to be a Super Mario Bros. movie (it plays like half Mario movie and half “Blade Runner for kids”) and Street Fighter got the casting and the looks right but overthought the plot (it’s more G.I. Joe than Street Fighter II), Mortal Kombat stood out by just… being a Mortal Kombat movie. Of course, it helped that the video game’s plot, about a handful of warriors competing in a fantastical and supernatural martial arts tournament, lent itself to cinema. But credit must be paid to New Line and friends for just ripping off Bruce Lee’s Enter the Dragon and letting that structure be the backbone of an unapologetic Mortal Kombat movie.

I often say, only half-joking, that a good way to make a kids flick is to rip off a successful adult-skewing movie. Peter Rabbit is essentially “Rushmore for kids,” Pete’s Dragon is “Mama… but for kids” and Maleficent infamously flirted with being a PG-rated riff on Ms. 45 or I Spit on Your Grave. Especially when you’re dealing with IP, if you use the successful structure and themes of an existing grown-up movie, well, you can concentrate on the characters and the set-pieces. And, yes, Mortal Kombat is an unapologetic rip-off of Robert Clouse and Michael Allin’s Enter the Dragon, complete with an Asian martial arts master venturing to a secret tournament to avenge the murder of a sibling and a cocky White American trying to get his mojo back. And that’s totally okay, because it also makes an ideal structure for a Mortal Kombat movie.

It helps that the movie, cliffhanger epilogue notwithstanding, doesn’t care about the next installment. It willfully kills off a large portion of its fan-favorite cast indifferent to who will need to be around for the sequel. It also doesn’t care about making every major character into a full-blown star or supporting character. It follows the Star Wars formula to a tee, with a noble hero (Robin Shou’s Liu Kang), a cocky rogue/audience surrogate (Linden Ashby’s Johnny Cage) and a “feisty” female military agent (Bridgette Wilson’s Sonya, who still manages to get damsel-ed in the third act), aligning with a shrewdly cast Christopher Lambert offering ridiculous exposition in his unconventional accent as the sage mentor Rayden. Cary-Hiroyuki Tagawa devours the scenery and spits it back out again as main baddie Shang Tsung, while almost everyone else (Scorpion, Sub-Zero, Reptile, Kano, Goro, etc.) are cannon fodder.

Rewatching the film for the first time in decades, what stood out is how big in terms of scope and scale it looked despite a mere $18 million budget. Paul W.S. Anderson knows how to make a small budget look like a big one, and I imagine kids young enough to care back in 1995 were absolutely blown away by the mere idea of seeing a fantastical live-action Mortal Kombat movie that looked and felt like a Mortal Kombat movie. Sure, it was PG-13, but that made what violence and gore (mostly slime and grime instead of blood) it had feel scandalous and taboo in a way that later uninhibited R-rated variations didn’t. It’s not great cinema, but the film opened back when kid-targeted fantasies based on hyper-violent violent video games weren’t expected to be A-level franchise tentpole blockbusters. They were allowed to be underdogs and/or enjoyable schlock.

Like New Line’s Teenage Mutant Ninja Turtles, Paul W.S. Anderson’s Mortal Kombat looks and feels like a much more expensive and expansive movie than it actually is. Like the (still terrific) TMNT flick, it showed New Line outmatching its Hollywood competition by actually making movies from of-the-moment pop culture properties that actually appalled to the kids of that time. While the big studios reacted to the success of Tim Burton’s Batman by making The Shadow and Car 54, Where Are You? and wondered why nobody showed up, New Line offered of-the-moment pop culture hits like TMNT, Jim Carrey’s The Mask, Mortal Kombat, Spawn, Rush Hour, Wesley Snipes’ Blade and (eventually) Peter Jackson’s game-changing The Lord of the Rings trilogy. I still have to remind myself that The Crow (when went from Paramount PGRE to Miramax after Brandon Lee’s death) is not a New Line release.

Mortal Kombat “broke the video game curse” almost right from the start even as Hollywood spent the next two decades failing to learn its lessons. In a time when the mere idea of a Mortal Kombat movie was special, it was just a Mortal Kombat movie. It wasn’t a G.I. Joe flick featuring Street Fighter II characters, it wasn’t a $200 million Pirates of the Caribbean knock-off (Prince of Persia) and it wasn’t a $165 million fantastical prologue for the storyline everyone actually came to see in the first place (Warcraft). Nor was it a Lara Croft movie that spent too much time giving Angelina Jolie’s protagonist daddy issues (better to implicitly reunite her onscreen with real-life dad Jon Voight) and too little time with her kicking ass and raiding tombs. Oh, and it wasn’t a Max Payne adaptation where Max Payne barely shot anyone.

Paul W.S. Anderson’s six-movie Resident Evil series ($1.23 billion on a combined $293 million budget) succeeded for similar reasons. Rampage and Angry Birds both spent their first two acts setting up the video games’ respective plots, but both gave us a third act filled with “What you came to see.” Ditto Sonic the Hedgehog (which held most of its “Sonic runs circles around Jim Carrey’s Dr. Robotnik” action for the third act). These films, along with Mortal Kombat, just gave us the thing we wanted wrapped in marquee characters, likeable/popular actors and a well-constructed fantasy package. 25 years later, Mortal Kombat (which earned $155 million in inflation-adjusted domestic earnings, between Tomb Raider and The First Pokémon Movie) is still one of the most successful and one of the best video game-based movies. The secret cheat code for the successful video game movie was hiding in plain site all along.