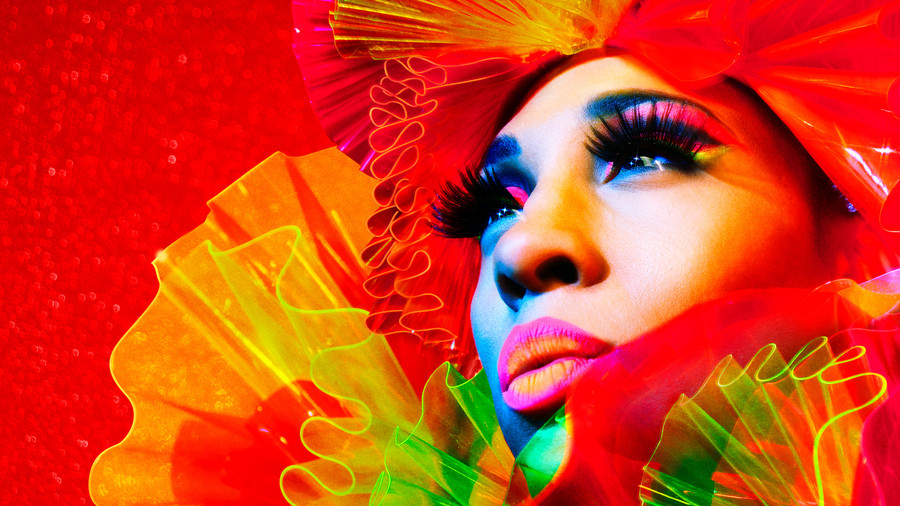 Ryan Murphy doesn’t shy away from the grotesque or the bizarre. Instead he sidles up to it, with a magnifying glass in tow to examine it from every angle. Of course his early success with more palatable shows like Popular and Glee allowed him to delve deep into darker waters, and his fan base reflects that—they’re as varied as the genres he’s tackled.

With 8 seasons of American Horror Story already under their belts, Murphy and series co-creator Brad Falchuk have stayed true to their original vision, creating book-ended, easily bingeable seasons that leave the viewer shaken. From the onset, they knew that they wanted to take the horror genre and flip it on its head. One of the things that I’ve personally loved about the show since it premiered in 2011, is how committed it’s always been to deeply scarring its viewers (and I’m one of them). Whether riling up true crime fans with bizarre takes on the Black Dahlia murder, or enticing slasher fans with disgusting monikers like Bloody Face, AHS goes all out for the creep factor. Every. Single. Season. These are the kinds of stories that stick with you years after watching them spill out onto the small screen.

As a fan of the show, I’m often asked to list my favorite seasons in order of preference and for me the number one position is always given to Season One, Murder House. It’s weird to bring up authenticity when we’re talking about a narrative built on a murder-inducing house, but the acting was so stellar that I bought into everything hook, line, and sinker. Evan Peters and Taissa Farmiga as Tate and Violet were so bruisingly beautiful as star-crossed (yes, icky; yes, problematic) lovers that my heart fluttered...when it wasn't pounding out of my chest.

While the horror storylines keep us screaming, the strength of each season has rested on its casting which has elevated the show despite all its delicious campiness. AHS was the first time screen legend Jessica Lange starred in a television series, and when she was introduced to viewers as Constance Langdon we were immediately hooked. She’s since gone on to play Sister Jude in AHS: Asylum, Fiona Goode in AHS: Coven, and Elsa Mars in AHS: Freak Show. Casting a “woman of a certain age” for a hit network TV show is (sadly) still seen as revolutionary, but for Murphy/Falchuk getting Lange involved in the show was a dream come true.

The most resounding example of Murphy and Falchuk’s commitment to pushing the creative envelope (and the industry as a whole) is their 2018 critically-acclaimed drama POSE. Set in New York City in the late 80s, the show introduces mainstream audiences to ballroom culture, a subculture that had been briefly brought to the attention of the masses in the 90s with Jennie Livingston’s documentary Paris Is Burning and Madonna’s 1990 hit “Vogue.” For POSE, Murphy and Falchuk teamed up with up-and-coming screenwriter Steven Canals to bring this LGBTQ community and their inspiring, devastating, and timely stories to the small screen.

Instead of hiring outsiders to craft the show’s narratives, legends from the ballroom scene were tapped for their stories and their expertise. The legendary grandfather of the House of Xtravaganza, Hector Xtravaganza, served as a consultant on the show, and transgender icons Our Lady J and Janet Mock served as producers. Not only that, but Janet Mock also became the first trans person of color to ever write and direct an episode of television. POSE has made history ten times over—let’s add to the list that POSE boasts the largest cast of transgender actors to ever appear on a television series. POSE’s commitment to authenticity extends behind the scenes too, as the show also employed over 100 trans crew members.

It’s clear that Murphy and his team both talk the talk and walk the walk. There are no empty promises, no white-washing of characters or complicated histories. In speaking with Murphy recently at the premiere of POSE, his creative mission was clear: “I want to shine a spotlight on incredible talent and give them the benefits of everything I can—the power, the big budgets. Because it’s their story, and they should be the ones to tell it.”  Preach, Mr. Murphy, preach!