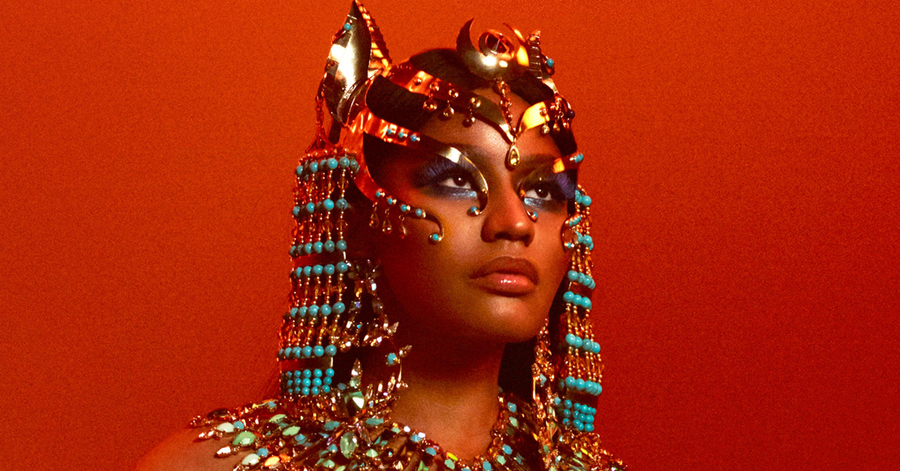 This week, we have five more albums set to release from some of our favorite artists. See what’s about to drop and get ready to stream all these new songs into the weekend. From Rap, to Pop to Country, we’ve got you covered on all things music.

First up is Nicki Minaj. After all the drama this year – and a few album delays – she is shutting the haters down with her new album Queen, debuting Friday the 17th. Featuring her singles "Chun-Li", "Bed" (ft. Ariana Grande) and "Rich Sex" (ft. Lil Wayne), Nicki is back with a fresh twist on her iconic sound. The beats on this album are harder and, like always, Nicki brings the heat with each new verse. This feels like a comeback for Nicki, though we’re all bummed we're not be able to hear her infamous new song featuring a sample from Tracy Chapman! [Nicki Minaj photo: Mert and Marcus/Cash Money]

Also dropping this Friday, is Ariana Grande’s fourth studio album, Sweetener. The ex-Broadway and Nickelodeon star is moving away from her pop-star roots and venturing into R&B with the help of artists like Pharrell Williams, Nicki Minaj, and Missy Elliott. So far, the album’s singles "God is a Woman" and "No Tears Left to Cry" have been killing the charts. Grande now has nine Hot 100 Top 10 debut singles, tying her up with Lady Gaga and Rihanna! We’re eager to hear the rest of the album – especially her song about her new fiancé, SNL’s Pete Davidson.

Death Cab for Cutie – Thank You for Today (Atlantic)

Next is alt-rock band Death Cab for Cutie with their new album, Thank You for Today. This is the ninth studio album for the eight-time GRAMMY-nominated group and so far, fans are loving it. Its three singles, "Autumn Love", "I Dreamt We Spoke Again", "Gold Rush" capture the band’s vibe perfectly and, based off of those three tracks, we have a lot to look forward to with the rest of the album. Check out the music video for Gold Rush and, if you like what you see, be sure to catch the band on their 2018-2019 World Tour!

The wait is over... 'Thank You for Today' isn’t out until Friday, but you can listen to it at @nprmusic right now! We’re standing by to hear what your favorite songs are. https://t.co/EY3RvxwzVg

Cole Swindell – All of It (Warner Music Nashville)

Country singer and songwriter Cole Swindell will also be releasing a new album this Friday. The Ohio-native, who has penned singles for artists like Craig Campbell, Thomas Rhett, and Luke Bryan, is back with his third album, All of It. This follows his more vulnerable 2016 album, "You Should Be Here", which was largely focused on the loss of his father. Now, with singles like "The Ones Who Got Me Here" and "Reason to Drink", Swindell is back with his signature, infectious style and we can’t wait to hear what else he’s got to offer with this album.

I’ve put everything into this album for y’all. And I can’t wait for you to finally hear #AllofIt. Pre-order it now: https://t.co/Rvg06TMXLD pic.twitter.com/QTAdFCYHoc

Closing out the week is Conner Youngblood with his debut album, Cheyenne. It’s hard to put Youngblood into a specific genre as the 21-year-old plays ukulele, banjo, accordion, harp, cello and the bag pipes – just to name a few. He’s also sited Bon Iver, Sufjan Stevens, and Kid Cudi, as his inspirations, so it’s clear he likes a little bit of everything. In his singles "Los Angeles" and "The Birds of Finland", Youngblood shows off his unique voice to essentially bring us along on his adventures around the world. Check out the music video for The Birds of Finland and be on the lookout for his upcoming tour!

s/o to my boy Juneau for being such a fantastic modelhttps://t.co/zGTOZZkOiO pic.twitter.com/r2Fox6WgYv