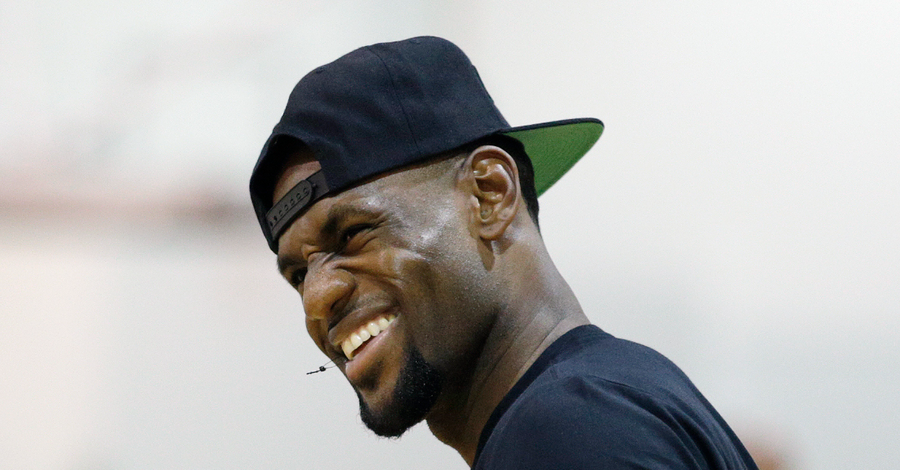 Situated between the end of pre-Draft workouts and summer league, NBA free agency is a whole different playing field. Teams scour the market for talent that will give them an edge, and agents replace coaches as offseason tacticians scheming to get their clients into position to score exorbitant amounts of money.

This summer, teams have been uncharacteristically restrained in their pursuit of free agents: The salary cap stagnating at 101.869 million had something to do with that. Alternatively, a projected spike to $109 million in 2019 has convinced 2018 free agents to play a game of chicken with their careers this season.

As a result, next season may feature more players on “contract years” than at any point in time before. In light of Boogie Cousins’ devastating achilles injury and current predicament, eschewing long-term security is a precarious position to be in. But it’s a risk many are willing to take.

Whereas Chris Paul, Nikola Jokic and Devin Booker chose financial security, Kevin Durant left open the possibility of re-evaluating his options in 2019 by agreeing to another 2-year, $61 million contract, with an opt-out clause. All indications are that he loves the Bay Area and collecting rings, but the nature of these escape hatch contracts makes the Warriors dynasty seem like it’s sitting on thinner ice than it should be.

The 2018 free agency period has also featured more twists than usual. It goes without saying that the most significant acquisitions were Paul George, DeMarcus Cousins and LeBron James.

Which franchise is more overjoyed over this summer’s developments? James was the offseason’s kingmaker, teasing between cities like Philadelphia and his hometown of Cleveland before deciding on LA. LeBron’s decision seemed to spoil George’s original intentions of Oklahoma City only serving as a pit stop before manifest destiny bathed him in purple and gold.

A year ago, George was a rudderless basketball soul pursuing tranquility in Los Angeles. Unfortunately for the Lakers, George and MVP Russell Westbrook bonded like two divorcées on the rebound – and, subsequently, George announced his four-year, $137 million max deal at a Saturday night house party. Turning down the opportunity to form a Pacific Coast super-team was the inverse of Durant’s decision two years ago, and George doesn’t bring Oklahoma City any closer to contention in 2019: but he allows them to crack their championship window and avoid a difficult rebuild.

A crestfallen Lakers franchise averted catastrophe when James agreed to a four-year, $154 million pact following a clandestine meeting with Magic Johnson at his Los Angeles estate. In the long run, this could be a blessing if Brandon Ingram continues his evolution and Kawhi Leonard remains a 2019 Lakers option.

Julius Randle will attempt to fill DeMarcus Cousins’ shoes after accepting a modest two-year, $18 million offer from the Pelicans, which includes a player option for the second year. Randle, 23, is a thick, multidimensional forward who led Los Angeles in scoring last season despite playing under 27 minutes per game. However, his underwhelming length and inability to space the floor limited his upside. He’ll benefit playing alongside Anthony Davis, who thrived after returning to his natural position at the 5 in Cousins’ absence.

Conversely, former Pelicans point guard Rajon Rondo will play out a one-year, $9 million deal with the LakeShow. New Orleans filled Rondo’s void with Elfrid Payton (a poor man’s version of his predecessor) on a one-year deal.

Rondo’s signing could serve as a harbinger for Lonzo Ball: Both are high-usage ball-handlers and pure, pass-first point guards who make the other redundant while taking the ball out of James’ hands. Rondo will push Ball for playing time at the point, but he could also unlock Ball’s off-ball skills with short floor spurts.

LA's acquisitions were head-scratching because they finished second-to-last in 3-point shooting percentage during the regular season. In Cleveland and Miami, James thrived in open space when surrounded by a gallery of shooters.  George and Leonard are perfect to play alongside James because they’re the prototype for modern 3-and-D wings. While George is out of the question, LeBron probably won’t have Kawhi alongside him either during his first season in Los Angeles.

In addition to picking up Rondo, who drained 33 percent of his triples last season, the Lakers also signed Lance Stephenson. The Indiana Pacers’ showboating, point-forward attempted 2.8 triples during the previous season and drained them at a 29 percent clip. He’s a far cry from George or Leonard.

Last year’s starting Lakers center, Brook Lopez, is one of the most prolific 3-point shooting bigs in the modern era. He’ll be spacing the floor for the Milwaukee Bucks and be replaced by rim-running Javale McGee, who has made a single trey in his NBA career. They’re not quite the Showtime Lakers yet, but they're building toward that future.

Boogie on the Bay

Initially, DeMarcus Cousins was discussed as a potential stop-gap for Los Angeles – but instead, Golden State dropped a bombshell by adding him – a fifth 2018 All-Star – to their rotation.

Cousins probably won’t be available until after New Years as he rehabilitates his torn achilles tendon. From Golden State’s perspective, this is as low-risk and high-reward as they come: Cousins didn’t just accept the mid-level of $8.6 million; he took the $5.3 million “mini” mid-level exception.

Remember when Tom Cruise’s career was on the rocks, until he excelled in a limited role behind Matthew McConaughey, Ben Stiller, Jack Black, Robert Downey Jr., Brandon T. Jackson and Jay Baruchel as foul-mouthed studio exec Les Grossman in 2008’s Tropic Thunder? Cruise had never starred in a comedy before, but it helped soften and rehabilitate his image. That’s Cousins’ job on Golden State. He just has to be an upgrade over Javale McGee or Zaza Pachulia, and prove he can co-exist peacefully in a winning environment for this to be deemed a success.

As for his play, he’ll shore up their poor rebounding without sacrificing spacing (Cousins’ 316 career 3-pointers made are the sixth-most most ever for any player 6-foot-11 or taller and third among centers). Dominique Wilkins’ recovery is the gold standard for recovery from an achilles tear, however, the Warriors should expect something more analogous to Elton Brand’s. After Brand tore his achilles a few months before his ninth season, he averaged 13.8 points and 8.8 rebounds per game in a career-low 31.7 minutes per night the ensuing campaign.

Presumably, Cousins’ ceiling is slightly higher. On Golden State, he could be a contemporary Arvydas Sabonis-type presence. Like Cousins, Sabonis was an elite inside-out talent who tore his achilles tendon. He obviously never returned to his peak form, but he did become a 16/10 big late in his career. Luckily as well, medical advances have improved surgery and recovery considerably since Brand and Sabonis suffered their respective injuries.

The Washington Wizards are essentially a team that woke up and realized their general manager is the Jigsaw Killer, putting his roster through every degree of anguish. Ten years after general manager Ernie Grunfeld gathered the most dysfunctional cast of characters in recent NBA history on the 2008-09 Washington Wizards, he proved his blind spot for team chemistry still exists.

After an aging Marcin Gortat was sent to the Clippers (for Austin Rivers, who also has a knack for crawling under the skin of teammates), this was an opportunity to reset. Instead, they mixed nitroglycerin into the mix, betting on Howard to anchor the middle for two years, $11 million. John Wall’s insecurities drove a wedge between himself and Gortat. While injured, Wall sniped with Gortat and teammates on national television for what he perceived to be as shots at his play. He’s also had a complicated working relationship with All-Star peer Bradley Beal.

A three-time Defensive Player of the Year in his prime, Dwight Howard, 32, has been a locker room incendiary dating back to when he was caught backstabbing Stan Van Gundy in Orlando. Kobe Bryant failed to toughen Howard up and he bickered with Mike D’Antoni during his lone season in Los Angeles. James Harden despised Howard towards the end of their tenure in Houston and his teammates in Atlanta and Charlotte rejoiced once he departed.

This was arguably the most polarizing signing of the summer. A case could be made for the Charlotte Hornets paying Tony Parker's ghost $10 million to serve as Kemba Walker's backup, but at least he lends championship wisdom and a calming presence. That can't be said for Howard – the more things change, the more they stay the same.

Even with the marquee names off the market, free agency drags on. However, NBA front offices will find themselves fishing in an empty pond. Chicago's overpays for Zach Levine, Jabari Parker, and their not-insignificant knee injuries show just how shallow the talent pool is at this point in the free agency calendar.

There's still time for teams to improve around the margins. Specialists like Marcus Smart, Clint Capela, and Montrezl Harrell are stuck in the free agency wilderness. It's an unenviable position, but as the season draws near, these things always shake out. In the meantime, spend the next few weeks of summer familiarizing yourself with the new faces already in new places around the league.

UPDATE: According to league sources, Kawhi Leonard and sharpshooter Danny Green have been traded to the Raptors for DeMar DeRozan, Jakob Poeltl, and a protected 2019 first-round pick. It’s a surprising move for the Spurs, swapping a top-5 player (when healthy) for a guy who consistently failed to advance his team deep into the postseason – and that was in the East. While Poeltl could end up thriving under Gregg Popovich, headliner DeRozan’s one dimensional game plus that late first-round pick (top 20 protected) are simply not enough return for arguably the best two-way player in the league. As a side note, Popovich will be leading USA Basketball’s mini camp in Las Vegas next week, and Leonard is reportedly interested in participating. Insert popcorn gif here.

For the Raptors, this move is a no-brainer. Even if GM Masai Ujiri can’t sell Leonard on re-upping with Toronto, the Raptors still get out from under DeRozan’s beefy contract, giving them the cap space to focus on a clean rebuild.