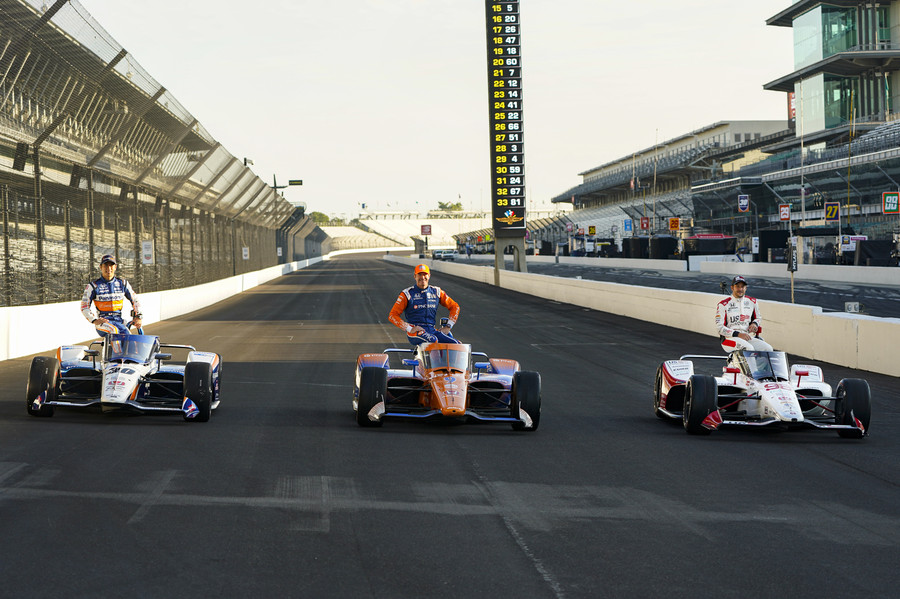 Everything was new to Mike Tirico when he walked past the famed pagoda that dominates the front stretch at Indianapolis Motor Speedway, assumed his broadcast perch high above pit lane and proceeded to host his first Indy 500.

Now, all that was new has given way to unprecedented.

One year after NBC assumed the rights from longtime broadcaster ABC, the network is preparing to bring one of the iconic events in sports to a potentially record-setting television audience on Sunday, Aug. 23. The reasons are many, but the biggest are these: There remain far fewer live events than normal because of the COVID-19 pandemic, none of the 300,000 fans that turn out each year will be there in person, and the event itself still stirs a certain sense of Americana among race fans.

“We're all taking different stock of the things we do professionally and personally,” Tirico said Aug. 19, "and the chance to sit right there on the track with Danica Patrick and have the 33 cars behind us and the 300,00 people behind us is one of the coolest experiences I've had. We'll miss those fans incredibly.

“But the Indy 500 is the Indy 500,” Tirico continued, “and there's never been one like this year. So I'm looking forward to documenting that history and sharing it with the fans at home.”

That is the challenge facing executive producer Sam Flood and the rest of the NBC broadcast crew.

There will be no Last Row Party, that event held every year since 1972 to roast the three slowest qualifies and raise money for charity. There will be no Indianapolis 500 Festival Parade on Saturday. The Purdue University All-American Marching Band has been the host band of the Indy 500 ever year since 1927, though it won't be on pit lane pre-race this year.

It doesn't make sense to have the parade of military members down the front stretch, both because of social distancing and because the race is not being held on its traditional Memorial Day weekend. Or having the parade of vintage race cars, the celebrity red carpet, the iconic release of the balloons and some of the other programming that resonates mostly with fans in person but that also adds to “The Greatest Spectacle in Racing.”

“It's sad that there won't be that energy and ambiance we're so used to with the parades and the pomp and really bringing the energy up as it does before every race," said Patrick, who will again handle color commentary duties. “I mean, being a driver, there's the canon. There's the song and dance. There's so many people flooding in and navigating spaces.”

There will certainly be more echos inside the grand old speedway, at least until the engines are fired. But that doesn't mean there won't be plenty of pageantry as new owner Roger Penske tries to bring a spectacular product to fans.

The anthem will be performed by Dr. Elvis Francois and Dr. William Robinson, a popular duo who have become known as the “Singing Surgeons.” Jim Cornelison will be back for the fourth time to perform “Back Home Again in Indiana,” and the famous Air Force Thunderbirds — who are always booked elsewhere for Memorial Day — will be doing the flyover.

“The elements that you would expect that are really important are back,” Indianapolis Motor Speedway president Doug Boles said. “Jim is back again and he's so excited about the way he can interact with the fans. Part of Memorial Day weekend is to celebrate the men and women who serve. We're in August this year, but a flyover with the Thunderbirds is a fitting tribute to those men and women. And they have a little twist up their sleeve this year."

Boles pointed out that while 300,000 fans may pack the speedway each year, millions more make it appointment viewing on TV. And with a few exceptions — like the vast ocean of empty seats — their vantage point will be the same.

“I often say the most magical moment, at least for me, is the 30 minutes leading up tot he green flag at the Indianapolis 500 each year,” Boles said. “It's steeped in tradition. It's something you can count on year after year. And it seems to be more powerful each year, and more emotional for those of us that make that annual trek. So we thought it was so important for many of those elements to remain the same.”

As for the production itself, NBC has promised to meld the traditions that have made the Indy 500 with the new normal that has enveloped the world. At the same time, the network is hoping to deliver a broadcast that educates what could be one of the largest audiences in race history while also turning some casual fans into avid ones.

“This is the race event that even the pandemic isn't going to stop,” said Leigh Diffey, who will handle the race call once the green flag drops. “For the Indy 500 to happen this year is just reward for the series and our production group, people you will never know their names or faces. They've worked so hard during this COVID-19 pandemic period to make things work under these very unusual circumstances.”

This article was written by Dave Skretta from The Associated Press and was legally licensed through the Industry Dive publisher network. Please direct all licensing questions to legal@industrydive.com.