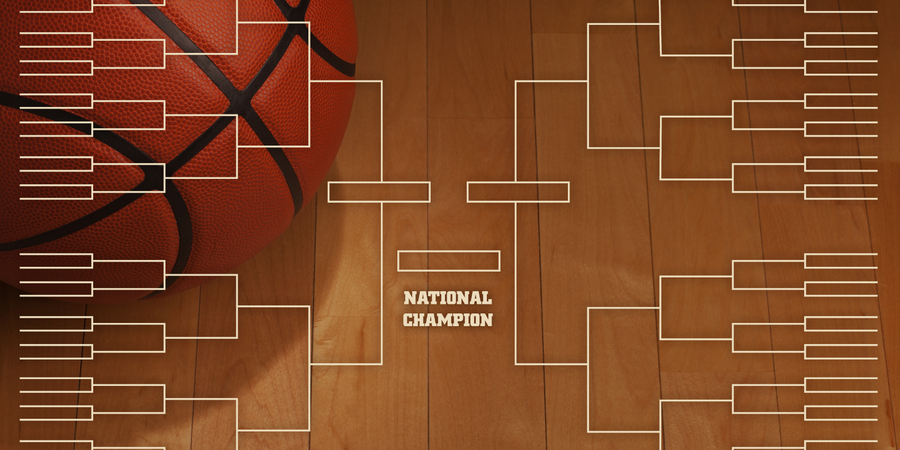 NCAA March Madness: Get to Know the 1-4 Seeds

The 1-4 seeds. The cream of the crop. The top 16 teams are who the selection committee believes can legitimately win a national title. Since seeding began in 1979, only four teams not seeded 1-4 have won the national championship, most recently Kemba Walker and Uconn, and only eighteen teams not seeded 1-4 have made the Final Four over that same span. So if history has told us anything, the Final Four will consist of minimum two, but most likely three or four, teams in this list.

The Jayhawks, led by Dedric Lawson, finished the regular season with a 25-9 record and went "just" 12-6 in Big 12 conference play. A season-ending injury to Udoka Azubuike severely altered the trajectory of this team's 2018-2019 campaign. Their 14 season streak of Big 12 regular season championships came to an end this year, and to add insult to injury, they lost in the conference championship game to Iowa State. As a program, Kansas has won three NCAA titles, the most recent coming in 2008 under current coach Bill Self.

The Hokies finished the regular season with a 24-8 overall regular-season record and a 12-6 ACC record. Virginia Tech has never made it past the Elite Eight in program history. This year’s team is led by Kerry Blackshear and Nickeil Alexander-Walker, and will benefit greatly from the return of top scorer Justin Robinson, who missed the final 12 games of the regular season with a foot injury.

The Seminoles have only appeared in one national title game in program history, losing to UCLA in 1972, but are trying to repeat a 2018 Elite Eight run. This year’s Florida State team went 27-7 in the regular season and 13-5 in ACC play. They are led in scoring by sophomore forward Mfiondu Kabengele, averaging 12.9 points per game, plus possibly the deepest roster in the nation that shares the ball well and plays smothering defense. The one factor that could hold this team back is its outside shooting, only making 33.6 percent of their shots from beyond the arc.

The Wildcats went 28-5 in the regular season and 14-4 in Big 12 conference play, although they enter the tournament without star Dean Wade, who is battling a foot injury. Without Wade, the Kansas State's defense, one of the best in the nation, just isn't the same. But, Wade missed the majority of last year's tournament as well and the Wildcats made it all the way to the Elite Eight. Kansas State has made the NCAA Tournament 30 times and made four Final Fours, although none since 1964.

The Tigers enter the NCAA Tournament with an overall record of 26-6 and a record of 16-2 in SEC play. They have never won a national championship in the NCAA Tournament era, but have made four Final Fours. LSU is led by Naz Reid and Tremont Waters, but have been mired in controversy of late, with head coach Will Wade suspended through the tournament. It remains to be seen if the athletic Tiger team that beat out Tennessee and Kentucky for the SEC regular-season title will be the same in the tournament.

The Red Raiders have appeared in 16 NCAA Tournaments in program history, but have never advanced past the Elite Eight, where they fell to eventual national champion Villanova last year. This year’s Texas Tech team, led by projected NBA lottery pick Jarrett Culver, boasts a regular-season record of 26-6, and a Big 12 record of 14-4, which tied for first in the conference. Chris Beard's squad didn't end the year on a high note, losing to West Virginia in the Big 12 tournament, but this team's defense can get them all the way to the Final Four.

Purdue has made the NCAA Tournament 33 times, losing to Texas Tech in the Sweet Sixteen last year. This year, they boast a record of 23-9 record in the regular season and 16-4 in Big Ten conference play for a share of the Big Ten title. Purdue’s leading scorer is Carsen Edwards, averaging a stellar 23.5 points per game, who is a good of a scorer as anyone in the country when he is clicking on all cylinders. Purdue asks Edwards to do a lot, so when he's off, the Boilermakers don't fare well. The Boilermakers have only made one national title game in program history, losing to UCLA in 1969.

Coach Kelvin Sampson has overseen one of this season's quasi-under-the-radar successes, riding the play of Armoni Brooks and Corey Davis, Jr. to an overall regular-season record of 31-3, including 16-2 in AAC play, winning the AAC regular-season title but falling to Cincinnati in the AAC tournament championship. Teams with Houston's kind of depth wreak havoc in the tournament and this Houston team fits the bill. The Cougars have never won a national championship, but have made two title games, losing in back-to-back years in 1983 and 1984 during the Phi Slamma Jamma days.

The Spartans are looking to capture their third title in program history, and first since the 2000 tournament. They've survived a season-ending injury to Joshua Langford thanks to a breakout campaign by Cassius Winston, who averaged 18.9 points per game while shooting 41 percent from three-point range. Michigan State enters the tournament with a 28-6 regular-season record, including 16-4 in Big Ten conference play, winning the Big Ten tournament by beating rival Michigan for the third time this season.

The Wolverines enter the NCAA Tournament with a 26-6 overall regular-season record and a 15-5 record in Big Ten play. They’ve won one national title, in 1989, but have made the championship game four times since then, including twice in the past five years, losing to Louisville in the 2013 title game and to Villanova last year. This year’s team, led by Ignas Brazdeikis and Jordan Poole, started the year 17-0, beating Villanova, UNC and Purdue over that span, but stumbled a few times over the last third of the season. With roughly the same roster as last year's national-title runner-up, the Wolverines can beat anyone and have their eyes set on a national title.

The Volunteers enter the tournament with a regular-season record of 29-5 overall and 15-3 over their SEC schedule. Grant Williams, the two-time reigning SEC Player of the Year, had another outstanding campaign this year, averaging 19.2 points, 7.6 rebounds, 3.2 assists, 1.4 blocks and 1.2 steals per game. Add in all-name team nomination Admiral Schofield and this team can flat-out score. Rick Barnes' squad was ranked in the top-5 for the majority of the season, only losing to Kansas, Kentucky, LSU and Auburn. As a program, Tennessee has made 21 NCAA Tournament appearances but has never advanced past the Elite Eight.

The Wildcats have won eight national championships as a program, most recently in 2012. This year’s team isn’t as star-studded as previous teams, boasting solid players like P.J. Washington, Tyler Herro and Keldon Johnson, but don't think this team doesn't have the talent to win it all. They finished the regular season with an overall record of 29-5 and an SEC record of 15-3. This may be one of John Calipari's finest coaching jobs after the Wildcats got humiliated by Duke early in the season.

The Bulldogs, led by WCC Player of the Year Rui Hachimura, enter the NCAA Tournament with a 30-3 regular-season record and a perfect 16-0 record in conference play. While they've become a national powerhouse under longtime coach Mark Few, Gonzaga has never won a national championship, losing in the 2017 title game to North Carolina. They flamed out early (for them), falling to Florida State in last year’s Sweet Sixteen, and the 'Zags are looking for redemption. With Killian Tillie back from injury, the Bulldogs have the three-point shooting and offensive firepower to go the distance.

The Cavaliers feature two stars in Ty Jerome and De’Andre Hunter, who is a bonafide future NBA star. As a program, Virginia has never advanced to the title game, but has made the Final Four twice. This year, they enter the tournament with a regular-season record of 29-3 and an ACC record of 16-2, winning the ACC title and ranking in the top five in the country in both offensive and defensive efficiency. Last season, they made the wrong kind of history, becoming the first No. 1 seed ever to lose to a No. 16 seed in the first round of the NCAA Tournament when they fell to UMBC. You can be sure Tony Bennett will have this squad locked in for its first round matchup and beyond this year.

Whereas archrival Duke boasts quad of first-year stars, the Tar Heels lean on the experience of senior Luke Maye (along with freshmen Nassir Little and Coby White). They enter the NCAA Tournament with a regular-season record of 27-6 and an ACC record of 16-2. North Carolina has six national titles as a program, most recently taking home the championship in 2017. The Tar Heels can win another national title with their up-tempo play and stellar perimeter defense.

The Blue Devils are the most star-studded team in the field, with freshman phenom Zion Williamson joining two more stars in R.J. Barrett and Cam Reddish. Duke enters the tournament with a 29-5 overall record, including 14-4 in ACC play. The Blue Devils lost to top-seeded Kansas in the Elite Eight last season and haven’t won the NCAA championship since way back in 2015. They may be slight favorites to go all the way to the program's sixth national championship—but that's why they play the games, although it's tough to imagine any team beating a healthy Zion Williamson, pending any footwear malfunctions.