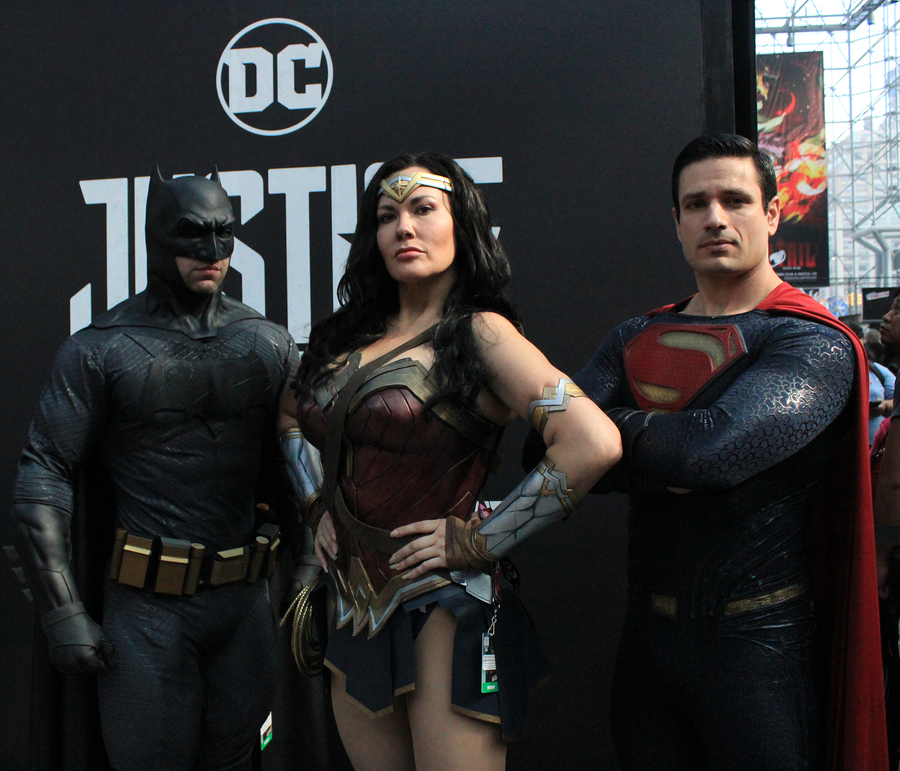 Day 3 at New York Comic Con 2017 featured more great cosplayers, some of the most highly anticipated panels of the convention and many opportunities to see swag, art and the actors involved with our favorite forms of entertainment. Here are some of the highlights from Saturday.

1. Wonder Woman mania! Fans can’t get enough of the Amazon, including one familiar face:

#WonderWoman signed by every actress that played her @DORKpodcast #NYCC17 pic.twitter.com/txDVF91sWd

Visited one of the *ahem* wonderful @ReedPOPSupplyCo shops yet for apparel, pins, and more? Check 'em out at #NYCC: https://t.co/kffK6vUojX pic.twitter.com/AaRHut5Exv

How you doin' #NYCC?! @WendyWilliams hits the @DCComics booth! pic.twitter.com/S8hVhNSfpO

2. And really, what would NYCC be without great cosplay? Even the NYPD got in on the fun!

Thanks to #Nightwing & #starfire for these awesome #Cosplay interviews LIVE from #NYCC2017 ! Full interviews- @batmanbeyondpod (LINK IN BIO) pic.twitter.com/QqnQAbemBA

With @NY_Comic_Con happening, our plainclothes officers had to step up their game. #NYCC #CosplayCops pic.twitter.com/AhRYAZ8ooD

You can check out even more cosplay roundups at GamesRadar.

3. At the DC Spotlight on Batman panel, writers Scott Snyder and James Tynion IV discussed DC's Metal event tie-in, The Batman Who Laughs, and revealed some disturbing information about the origin of the title's alternate-reality Joker/Batman hybrid. Check out the gruesome details at io9.

4. Longtime Joker voice actor Mark Hamill (yep, that Mark Hamill) has been popping up everywhere and losing his mind (and it's adorable)

TODAY #NYCC Keep cellphones handy & be on High Alert for a surprise #SelfieTsunami courtesy of the always unpredictable #PhantomPhotoBomber! pic.twitter.com/tdqO3CCjBj

5. In probably the coolest panel of the day, DC president and Chief Creative Officer Geoff Johns came to discuss the upcoming mash-up of the DC Universe with the Alan Moore classic, Watchmen. Doomsday Clock, a twelve-part event comic series, will be hitting shelves this November. You can watch a video of the panel, as well as get a preview of the first six pages (and an unusual reappearance of a beloved character) over at Collider.

And as usual, check back in for more exclusive announcements, cosplay, and all the highlights of Day 4 tomorrow and dont' forget to catch up on Day 1, Day 2 and Day 4!