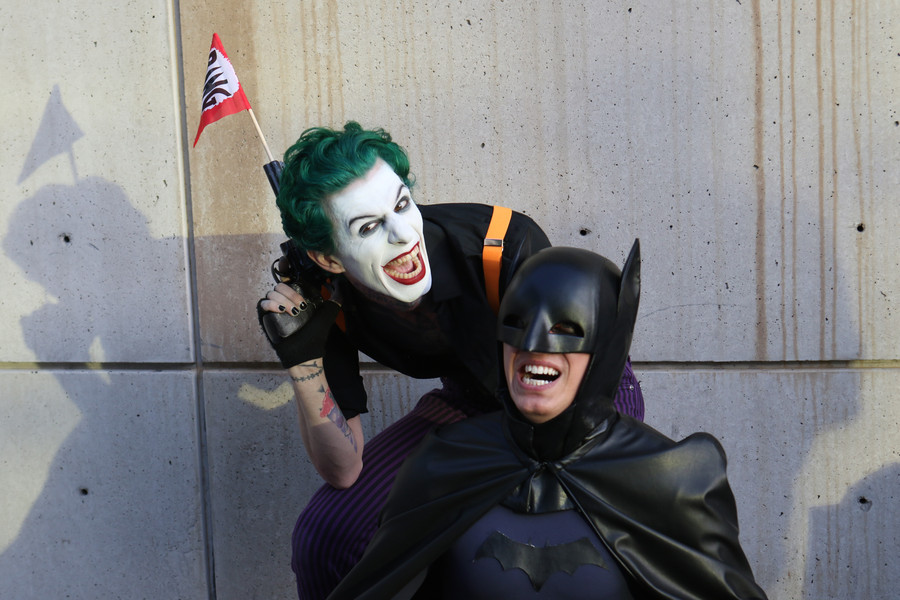 New York Comic Con 2017 came to a close on Sunday, but not without delivering the goods on our favorite comics, television shows, and films—along with showcasing the most creative fans around. Check out the highlights from Sunday and a few best-of moments from the entire convention:

1. The long-awaited premiere of a new animated Batman film: Batman vs. Two-Face.

Following up on the animated film Batman: Return of the Caped Crusaders, which revisited the dynamic duo's 1960's incarnation, this sequel features the vocal talents of the late, great Adam West alongside Burt Ward and addition of William Shatner. Attendees were able to see an advanced screening of the film, followed by a panel with the cast and crew. For more information, check out Collider.

2. A first look at CW's Constantine.

DC's most popular demon hunter has been on the big screen and the small screen, and soon will be on the animated screen on CW Seed. Watch the trailer at ComicBook.com and start getting excited!

Maybe there’s hope for him & his soul after all. Check out the poster for CONSTANTINE, the @cwseed series, and sneak a peek Sun. at #DCNYCC! pic.twitter.com/JjPp3VrjET

Constantine fans should also tune into season three of Legends of Tomorrow, where fan favorite Matt Ryan (from the live-action Constantine TV show) will be reprising his role. As Nerdist points out, "It’s been hinted that the new season will feature a supernatural threat, which would definitely be in Constantine’s wheelhouse."

Scott Snyder and Sean Murphy discussed Batman: Last Knight, which portrays Batman in a post-apocalyptic story that is meant to deliver a sort of ending chapter for Batman (just philosophically! Don't worry, there's plenty of Batman left to share with the world). The pitch for the book is pretty crazy and involves an extremely bizarre attachment to Batman's utility belt, which the not-so-faint-of-heart can read more about over at io9. And fans were also able to check in on Batman's beginnings when Gotham's cast took over the Hammerstein Ballroom for a panel!

One of our favorite parts of #NYCC is the #cosplay! Check out some of the awesome #cosplayers we've spotted so far at @NY_Comic_Con! pic.twitter.com/1tIUvyXGjh

The most powerful member of the #JusticeLeague  ?#NYCC pic.twitter.com/N2ZGOHFXhk

5. And finally, the weekend closed out with the drop of a new Justice League trailer.

The action-packed trailer shows extended action sequences featuring members of the team, alongside an emotional Superman tribute. And Aquaman's excitement—whether he's being tossed through the air by Cyborg to attack flying Parademons or riding shotgun on the Batmobile in his own unique way—is pretty infectious. Make sure you watch the trailer on full-screen. You'll thank me later.

That concludes yet another stacked New York Comic Con, giving us enough giddy fan excitement to make it through the long winter. Be sure to check back here for more looks inside Justice League to pump yourself up before the premiere.