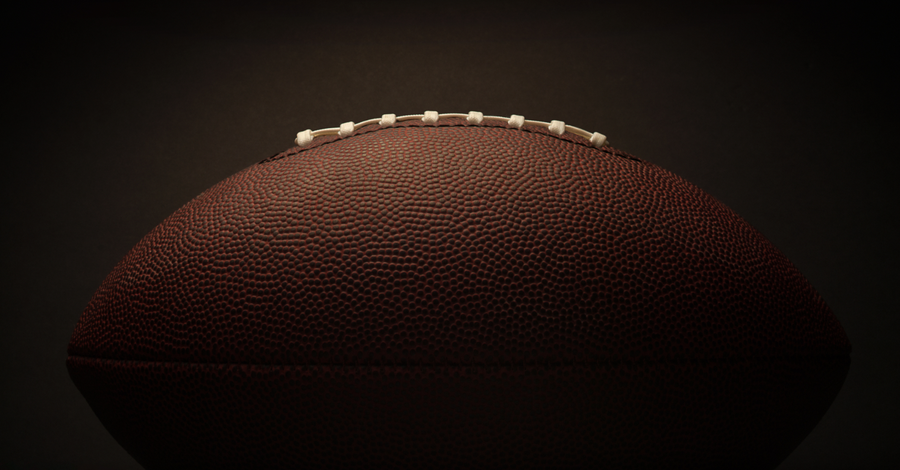 NFL Three-Minute Recap: From The Packers’ Big Coaching Change To The Eagles’ Revival

Mike McCarthy out in Green Bay; The Fridge, revisited; Warning signs in Pittsburgh: Just another week in the NFL. We’ll give you all the 2018 NFL news you can handle in under three minutes (Disclaimer: you can stay longer than three minutes. Time is relative). Here’s the best—or worst—of the NFL from Week 13.

Hiring A New Coach In Green Bay Could Be Tricky

You knew that whenever the Packers decided to whack Mike McCarthy, Aaron Rodgers was going to be fingered as a person of interest, as they might say on CSI: Green Bay.

The frosty relationship between the coach and the quarterback was no secret, but the firing after Sunday’s loss to the lowly Cardinals prompted reports that Rodgers was all but sabotaging McCarthy, the 13-year coach of the Packers. According to SI.com, in fact, Rodgers regularly changed McCarthy’s play calls in the huddle this season to something more of his liking, which created friction between the coach and QB, and thus tension around the team.

And that creates a dilemma for Packers management in deciding on a new coach for next year – that is, they better find someone with the cache to earn Rodgers’ respect and manage his ego.

The latest on the head-coaching change in this edition of Packers Daily ? pic.twitter.com/wwo8bmzxN3

So just how high-maintenance is Rodgers? As someone who was Peyton Manning’s long-time backup and worked out in the off-season with Rodgers, ESPN analyst Dan Orlovsky offered unique insight on Monday’s “Get Up” show:

“Rodgers is a different guy,” Orlovsky said. “I was drafted with him, we had the same agent, we trained together. I was with Peyton Manning for years, and Peyton had a way of letting everybody in the room know he was smarter than them —Rodgers is the same way."

“Rodgers needs to make sure that you know this is his show: he’s smarter than you. As a coach, you’ve gotta challenge him but also be able to take that personality and understand that’s who he is."

“There is a very specific personality that can handle Aaron Rodgers because he is an alpha male and a lion (king of the jungle, presumably).”

All of which sounded a lot like, "best of luck to whoever gets the job."

Brady: Better Thielen Than Me

The best part of the heated exchange between Bill Belichick and Vikings’ wide receiver Adam Thielen on the field Sunday night is the apparent delight that Tom Brady took from seeing his coach light into someone other than him for a change.

Bill Belichick and Adam Thielen get into a shouting match during #MINvsNE pic.twitter.com/jL70vF175D

“I’ve been on the other end of that a few times in my career,” Brady said with a laugh on his weekly WEEI radio show.

Yes, by now the stories of Belichick pounding on his quarterback in the film room, as a way of letting his team know that every player will be held accountable, are practically legendary.

In this case, the Patriots’ coach didn’t care for Thielen accusing him of—stop me if you've heard this one before—bending the rules a bit, by having a player fake an injury to buy time for Belichick to determine if he should throw his challenge flag. Belichick, who wound up winning the challenge, barked back at Thielen, telling him to mind his own business, only in much more colorful language. On the sidelines, Brady got an up-close look.

“It’s competitive out there,” he explained. “It’s very feisty and everyone’s emotions are on their sleeves. That was pretty funny.”

In other words, he wasn’t the only Patriot who enjoyed it.

Two weeks ago, the Bears briefly re-enacted the famed Super Bowl Shuffle as part of an end zone celebration. This past week, they gave the football to a 332-pound defensive lineman on 4th-and-goal from the one-yard line, and watched him crash into the end zone for a touchdown against the Giants.

The Fridge, part deux? You know it.

The Bears even called the play “The Freezer Left,” and, sure enough, Akiem Hicks looked a lot like William “Refrigerator” Perry, circa 1985, burrowing across the goal line. Afterward, Hicks did his best to keep a straight face when asked if he’d ever run the ball before.

“No,” he said, “I’ve been hitting people since I was little.”

Nor would he let his offensive fame go to his head.

“They pay me to hit the quarterback,” he said.

Of course, it would have made for a better story if the Bears hadn’t lost in overtime to the Giants, but they’re 8-4, likely to win the NFC North, and with their imposing defense they do spur memories of that championship ’85 team.

What’s next, Matt Nagy in one of Mike Ditka’s old sweater vests?

Eye-popping stat of the week: in losing 33-30 to the Chargers, the Steelers blew a 23-7 lead—the first time in their history they’d lost at home after leading by 16 or more points.

They had been 174-0-1 under those circumstances, which raises the question: was the loss a fluke or something more significant for the AFC North-leading Steelers?

A couple of bad calls by the refs didn’t help, prompting this line from Mike Tomlin when asked about the officiating.

Still, penalties and turnovers were at the root of the loss, and the Steelers rank 26th in the league in turnovers, and 30th in (fewest) penalties. Maybe it was more of an omen than a fluke?

Oh, and James Conner is out this week. Where art thou, LeVeon?

Eagles Stay Alive, But For How Long?

So the defending champs aren’t quite dead yet after Monday night’s win over the Redskins made it two in a row, getting them to 6-6 with a do-or-die game in Dallas on Sunday.

But do the Eagles really have a shot to steal the NFC East title? Well, their remaining schedule says there’s probably a better chance of getting a consensus on Philly's best cheesesteak.

Check it out: at Cowboys, at Rams, Texans, at Redskins.

That’s Murderer’s Row, NFL-style, considering Dallas has won four straight, the Rams are 11-1, the Texans have won nine straight and the Redskins could be playing for a playoff spot in the final week of the season. And Philly is still a game behind the 7-5 Cowboys, who have an easier schedule: Eagles, at Colts, Bucs, at Giants.

The 6-6 Redskins' NFC East title hopes are very much alive as well, though now they are now down two quarterbacks, after Colt McCoy broke his leg Monday night, much as Alex Smith did a few weeks ago, and now their hopes lay with the Mr. Butt Fumble himself, Mark Sanchez, who was signed off the street three weeks ago.

As such, the Cowboys look like heavy NFC East favorites. Of course, in the four-car pile-up that is the NFC East this season, that probably means another fender-bender is dead ahead in Dallas.