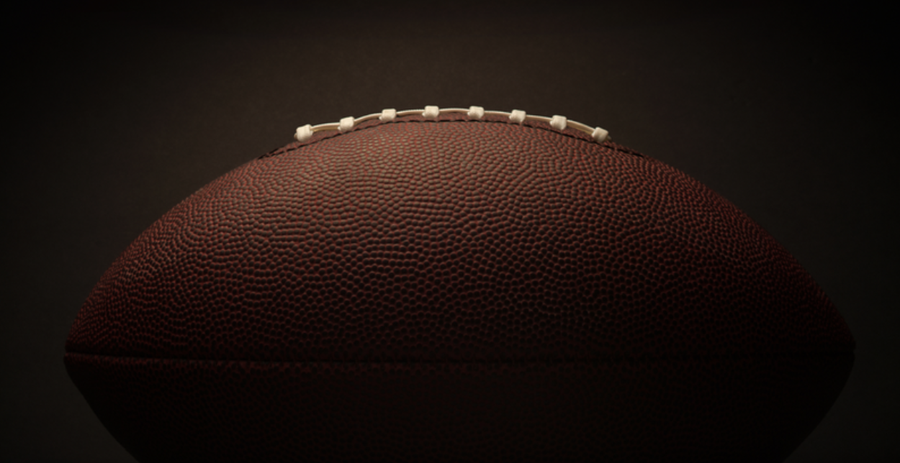 NFL Three-Minute Recap: From The Success Of The Rookie Quarterbacks To Big Problems In Pittsburgh

Jackson, Mayfield, Darnold Shine in Year One; Reid’s Payoff On Mahomes; A Feel-Good Farewell in Buffalo: Just another week in the NFL. We’ll give you all the 2018 NFL news you can handle in under three minutes (Disclaimer: you can stay longer than three minutes. Time is relative). Here’s the best—or worst—of the NFL from Week 17.

Still Debating The Rookie QBs: Who Ya Got?

Collectively, the kid quarterbacks lived up to the hype in 2018, as all five first-round draft choices assumed starting roles at one point or another. But just as opinions varied on draft night, the NFL season assured even more debate.

So which of the rookie QBs will prove to be the best in 2019 and beyond?

Lamar Jackson is the only one still standing, so to speak, as he leads the Ravens into the NFL playoffs against the Chargers, and that alone is a bit of an upset since he was picked 32nd overall, with questions about whether he had the pocket-passing ability to succeed in the NFL. Certainly, Jackson provided a spark the Ravens needed, going 6-1 as a starter after replacing Joe Flacco, kick-starting the offense mostly with his spectacular running ability.

Baker Mayfield was everything the Browns hoped for as the No. 1 pick in the draft, setting a rookie record with 27 TD passes, while Sam Darnold showed great promise with the Jets, and Josh Allen and Josh Rosen did enough for the Bills and Cardinals, respectively, to provide hope for the future.

As such, it’s fascinating to wonder if Jackson’s success would change the order in which the QBs were selected, if teams were given a chance to re-draft.

No chance the Browns would pass on Mayfield, whose moxie and passing accuracy proved to be just what was needed to revive a losing franchise, making even the doubters eat their words.

No. 27@bakermayfield now owns the @NFL record for most TD passes in a rookie season! pic.twitter.com/fUPTuicqh8

Or as FOX TV analyst and former NFL lineman Mark Schlereth said at season’s end: “I’ll admit when I was wrong. Coming out of college, I didn’t see it, but Baker Mayfield is all onions. He has changed, single-handedly, the culture of that organization and you can’t argue it.”

Likewise, despite a 3-13 season, the Jets are thrilled with Darnold and surely would pick him again with the No. 3 pick.

As for Allen, the No. 7 pick, and Rosen at No. 10, they showed enough to for their teams to feel confident in the QB position going forward, but the Bills and Cardinals could also easily make an argument that they should've taken Jackson instead. But a lot of that depends on whether you think the rookie from Louisville can survive long-term running as much as he did—he rushed for 556 yards in his seven starts. It's worth noting that Allen impressively led the Bills in both rushing and passing yards, whether or not that's a good stat to own.

So let the arguments continue, but there’s no disputing the fact that while the other rookie QBs are heading home, Jackson is about to become the youngest quarterback ever to start a playoff game, one day before his 22nd birthday.

Even the Ravens probably didn’t see that coming back on draft night.

Andy Reid needs a strong January to tidy up his reputation for failure in the postseason, but is there a coach anywhere who looks smarter after the regular season?

He did, after all, unleash Patrick Mahomes, the likely MVP this season.

And while that decision looks like a no-brainer now, it’s worth remembering that Alex Smith had an outstanding 2017 season, leading the 10-6 Chiefs to the AFC West title. Trading him took some courage of conviction that many a coach may have resisted.

Reid knew Mahomes had a bazooka for an arm, but no one could have known the kid would perform at such a high level as the starting QB. Indeed, the son of major league pitcher Pat, Mahomes made eye-popping throws all season en route to connecting for 50 TD passes and 5,000 yards, a benchmark only Peyton Manning had ever reached.

Now if Mahomes could somehow turn Reid’s 1-4 post-season record as Chiefs’ coach into three wins and a Super Bowl trophy in the coming weeks, no one will say the big guy can’t win the big one ever again.

No one outside of Philadelphia anyway.

The Case Against Cousins

Is it possible for a team with a winning record to have had the most disappointing season in the NFL?

Sure, you’re the 8-7-1 Vikings, on the outside looking in at the playoffs one year after going to the NFC Championship game and then signing Kirk Cousins for $84 million guaranteed, thinking the free-agent QB would be the final piece to winning a championship.

Indeed, after Cousins failed to deliver in a do-or-die game against the Bears last Sunday, throwing for only 132 yards, the Vikings have to be wondering if the quarterback’s continued inability to win against top competition is more than a fluke stat.

Highest rate among all QBs with 100+ completions? Nick Foles at 41%.

Cousins went 1-6 this season against teams with winning records.

Maybe the Redskins were right to let him walk.

A Fond Farewell in Buffalo

The Feel-Good moment of Week 17? It had to be the Bills’ farewell to defensive tackle Kyle Williams, retiring after 13 years in Buffalo.

Not only did they surprise him by having his wife and five children greet him on the field as he was introduced before the game, but with a rare win in hand late in the game, they drew up a play for Williams as a receiver that resulted in a nine-yard gain.

Bills’ coach Sean McDermott had used the DT to score on a one-yard run in last season’s finale as a reward for his loyalty over the years, but this was Williams’ first reception. Not a bad way to go out.

Did Chuck Noll Have These Problems?

Concerned about bad behavior, the Steelers once traded Santonio Holmes seemingly at the height of his wide-receiver career. Would they do the same with Antonio Brown?

Things sure seem messy in Pittsburgh. The Steelers’ late-season collapse left them out of the playoffs for the first time in five years, and reports say Brown’s absence from Sunday’s game wasn’t because of a knee injury, as coach Mike Tomlin told reporters, but because he boycotted practice after a flare-up last week that may have involved Ben Roethlisberger.

Now there are reports that Brown wants to be traded. This on the heels of the Le’Veon Bell circus that saw the star running back keep the Steelers in suspense for most of the season as to whether he would play at some point, only to sit out the whole year in a contract dispute.

My understanding of the situation surrounding #Steelers WR Antonio Brown: As he exited the field in frustration on Wednesday, he yelled, "I’m done!" Then wondered why they don’t trade him. More venting in anger than anything. He has not made any actual trade request, officially.

Is Tomlin at all to blame for any of the diva-related chaos? Do the Steelers need to clean house? Or as nostalgic fans in Pittsburgh might be asking: Where are Chuck Noll, Lynn Swann, and Franco Harris when you really need them?