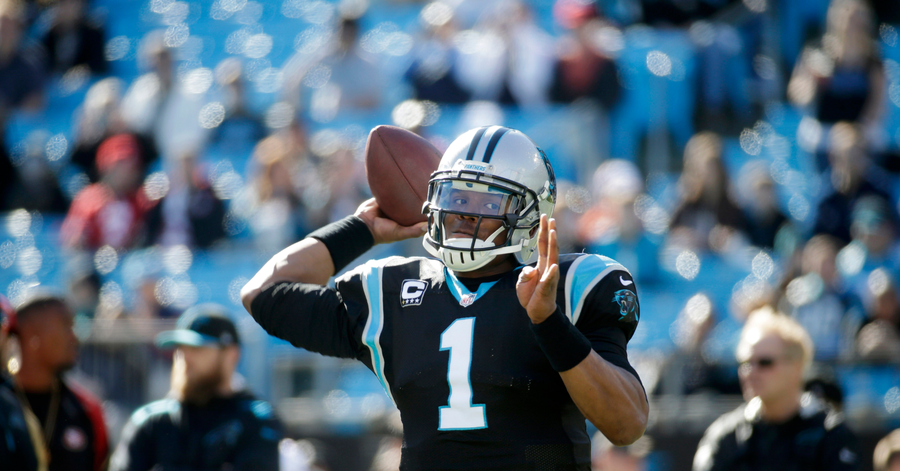 From hot days to hot takes to Hard Knocks, each week we'll give you all the 2018 NFL Preseason news you can handle in under three minutes. (Disclaimer: You can stay longer than three minutes. Time is relative.) Here's the best of the NFL from  Preseason week 2.

The hottest debate of the NFL off-season got a little more interesting in the first real week of preseason games: While Saquon Barkley prompted comparisons to Barry Sanders after a single run for the Giants, Sam Darnold was already anointed as the franchise quarterback savior for the Jets.

The New York media is licking its chops.

Because for every Giants fan that yells, “Absolutely, we picked the right guy,” some Jets fan is bound to return fire: “Yeah, great idea, taking a running back over a franchise QB.” Relax, it's preseason. And it's still Summer.

In truth, it will take years to determine if the Giants were right for selecting Barkley at No. 2, ahead of the Jets taking Darnold at No. 3. The G-Men know that Barkley can make an immediate impact, but if they don't win a Super Bowl while old man Eli Manning is still lining up behind center, then the decision to pass on Darnold for Barkley may never be validated.

That is, of course, if Darnold, lives up to the hype coming out of SoCal. He got off to an impressive start in his first preseason game, showing poise and completing 9 of 11 passes for 74 yards, including a 14-yard TD pass on the run.

One thing is for certain – New Yorkers have a new reason to yell at one another. Yikes.

The Browns May Not Be Good At Football, But Drama? You Bet.

If you’re not watching HBO’s Hard Knocks, you should be. Who knew the Cleveland Browns, mostly unwatchable in going 1-31 the last two seasons, could produce more drama in two episodes than an entire season of “Law and Order: SVU,” to the point where Baker Mayfield’s spectacular preseason debut was merely a footnote.

It doesn't get much juicier than second-team wide receiver Corey Coleman walking into coach Hue Jackson’s office and barking, “If you don’t want me to play, why don’t you all just trade me?” Coleman's wish was granted, leaving the Browns very thin at receiver with Josh Gordon already out for personal reasons. Add the Antonio Callaway saga into the mix and we've got ourselves some compelling television!

Callaway was pulled over in his car by police, early in training camp one night, and cited for marijuana possession while driving with a suspended driver’s license. To make matters even worse, he didn’t tell anyone in the Browns org., which led to a tense meeting with Jackson and GM John Dorsey. Jackson decided to “punish” Callaway by making him play the entire game against the Giants, which led to a big night, including a 54-yard TD reception from Mayfield.

All’s well that ends well? Come on now, they’re the Browns, so I wouldn’t bet on it. But they sure make for must-see TV.

So you thought it was big news that Colts’ QB Andrew Luck, after missing all of last season, survived his first preseason game without hurting his fragile shoulder?

Well, it was, until Luck showed up at practice Sunday without his trademark neck beard, his facial hair reduced to a mustache that set social media ablaze with comparisons to everyone from Tom Selleck (not so much) to Will Ferrell in Anchorman (not bad) to Uncle Rico in Napoleon Dynamite (there it is).

But, I Thought We Were Friends

The most intense matchup of pre-season Week 1, somewhat predictably, took place on the sidelines. What, you thought Cam Newton was going to let former teammate Kelvin Benjamin’s less-than-complimentary comments about him last week go unchallenged?

Not a chance. Surprise, surprise – the Bills and Panthers happened to be playing only a few days later, and Newton wasted no time in confronting Benjamin during warm-ups.

Newton clearly let Benjamin know he didn’t appreciate the comments, which essentially dissed the Panthers’ QB for his lack of accuracy as a passer. Benjamin wouldn’t offer details of the conversation to reporters, but he did seem to take another shot at Newton by posting a video on his Instagram after the game, complimenting Bills’ QB Nathan Peterman for his accuracy.

Too bad the Panthers and Bills don’t play in the regular season.