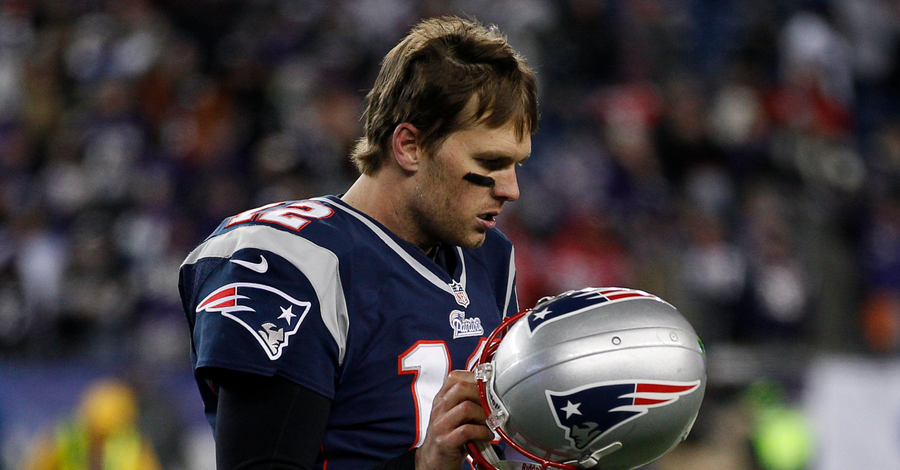 From hot days to hot takes to Hard Knocks, each week we'll give you all the 2018 NFL Preseason news you can handle in under three minutes. (Disclaimer: You can stay longer than three minutes. Time is relative.) Here's the best of the NFL from Preseason Week 4.

Does An Unhappy Brady Offer Hope For Patriots-Haters Everywhere?

Tom Brady doesn’t seem particularly happy these days. Cry me a river, a lot of NFL fans are surely thinking; slip on your Uggs and suck it up, and all that. Brady made headlines this week hanging up the phone on his weekly interview with WEEI in Boston, throwing a mini hissy fit when asked questions about his personal trainer:

Which begs a couple of questions: how real is the perceived rift between Brady and Belichick? And should the rest of the league and its fans get their hopes up? After all, if you’re not from New England, you most likely hate the Patriots by now. It’s not just their relentless success but Belichick’s above-it-all arrogance and bevy of altered sweatshirts, not to mention his team’s well-documented willingness to bend the rules at times.

In any case, year after year, Belichick has done it his way, never overpaying for talent and always finding capable replacements. But so far that strategy isn’t working so well at wideout this summer, after the Pats let Danny Amendola leave to sign with the Dolphins, traded away Brandin Cooks, cut Kenny Britt and lost Eric Decker to retirement.

Brady still has Chris Hogan and All-Pro Tight End Rob Gronkowski. Julian Edelman will be back after serving a four-game PED suspension to start the season. When Brady was asked recently about the state of his receiving corps, his reply was somewhat telling, albeit delivered in the Patriots canned answer style:

“Certain things haven’t worked out the way we would have hoped, but that’s football. I don’t think anybody feels sorry for the New England Patriots. So we’ll just try to do the best we can do, and hopefully, it’s good enough.”

Will this be the year it’s not good enough? Probably not. The media loves to act as if the sky is falling in Foxborough when anything goes wrong for the Pats early in the season. Yes, Brady just turned 41 this month and at this point in his career he needs more help, not less, but Bill and Tom always seem to figure it out, regardless of the supporting cast.

You already knew Baker Mayfield was cocky. But it takes a special kind of self-assurance to do a hilarious impersonation of your GM, the guy who took a gamble on you as the No. 1 pick in the NFL draft, as the signature moment of the annual training camp rookie show.

Hard Knocks captured his performance this week, and let’s just say Mayfield nailed it, perfectly capturing John Dorsey’s look, wardrobe, mannerisms and all, and sound, zeroing in on the GM’s use of the phrase “buddy boy.” Expect "Buddy Boy" t-shirts to pop-up in the parking lot at the first Browns home game.

The howls from teammates and coaches told you they couldn’t quite believe Mayfield had the stones to pull it off. The guy is fearless both on and off the field. He also sells underwear now.

Nevertheless, he’s not going to open the season as the Browns’ starter, as Hue Jackson continues to make it clear Tyrod Taylor is the No. 1 QB, but Mayfield has been impressive this pre-season, at least for now quieting the second-guessing of Dorsey for passing on Sam Darnold with the No. 1 pick.

And while this year’s Hard Knocks has been defined largely by Mayfield and tension within the Browns’ coaching staff, next week's finale will most certainly focus on Josh Gordon's return to action and the shocking news of linebacker Mychal Kendricks being indicted on insider trading charges then cut from the team. The Browns never disappoint.

Or, actually, they always disappoint.

You think the #NYG locker room is happy Odell got the bag? From Sterling Shepard's instagram story 3 minutes ago 😂😂😂 pic.twitter.com/iQRbv42SWo

A wide receiver record $95 million over 5 years, with $65 million guaranteed, to be exact.

Did anyone really doubt that Odell Beckham, Jr. would get his money? The Giants had no choice after drafting Saquon Barkely with the No. 2 pick rather than a potential replacement for Eli Manning at QB. To justify that decision they need to win a Super Bowl in the next couple of years with an aging Eli, and they need Beckham to be their game-breaker to have any real shot at it. Beckham says he's maturing, but it's hard to believe the distracting sideline behavior will end entirely. The Giants can live with some of that, as long as he continues to take unassuming 5 yard slant receptions to the house.

Oh, and a guy name Aaron Rodgers up in Wisconsin got a massive contract extension through the 2023 season: $134 million, with $67 million guaranteed, and the chance to earn as much as $180 million via incentives. Talk about bringin' home the bacon. Rodgers is arguably the most talented quarterback of all-time. Now it's time for him to add some more Super Bowl victories to his resumé because, at the end of the day, that's what gets remembered.

Rodgers immediately put that new money to good use with a wardrobe refresh for the annual Welcome Back Packers  Luncheon:

Big thank you to @levis and @heymarkavery for helping me with my all denim look today for the annual Packers Welcome Back Luncheon. The tux jacket was a replica of one made for Bing Crosby in 1951. Thanks to Deshone and Tim for joining in and Matt Flynn made me post the pic of him and I in the Canadian tuxedo from years ago so you all knew that this was a repeat outfit. Thanks @mflynn3. Lastly, thanks to genetics that allow me to grow a mustache that even a hero of mine, Sam Elliott, might be proud of. #denim #levis #mustache photo credit: @fatheadklein

UPDATE: A mega deal was also awarded to Aaron Donald, the recipient of a record contract for a player on the defensive side. The Rams defensive lineman's new six year contract is worth up to $134 million, with $87 million guaranteed, and he definitely deserves it. Donald had been holding out all of training camp, so head coach Sean McVay will be very happy when he sees Donald walk into the Rams training facility. The big pay days keep rolling in.

Bills Won’t Risk Life and Limb By Starting Allen…Will They?

Are the Bills really going to going to risk starting the season with Josh Allen, their first-round draft pick, behind an offense that nearly got him killed last week against the Bengals?

Bills’ coach Sean McDermott said no decision has been made about the starter, and with veteran A.J. McCarron injured, there is speculation in Buffalo that Allen will get the nod. Yikes.

He’s the future, no doubt, as the No. 7 pick in the draft, but the conventional wisdom would dictate that the Bills ought to start the season with backup Nathan Peterman, who can make quicker reads right now, which is crucial, considering the state of the offensive line.

The idea, after all, is to develop Allen for the long haul, not to put his life on the line before he's ready. And yet, he might have to be ready come Week 1. Pray for Josh. If he starts, his life may be in more danger than a folding table at a Bills tailgate.