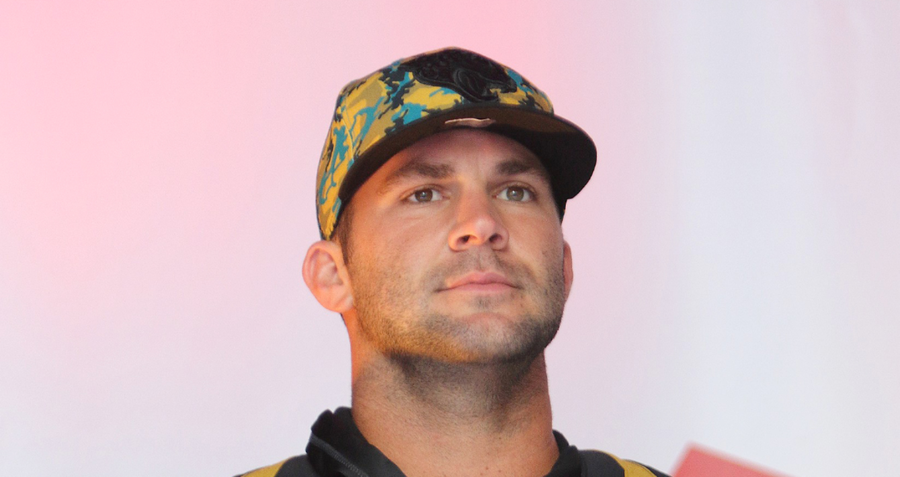 NFL Three-Minute Recap: From The Jags Flexing Their Muscles To Mahomes Torching Defenses

An early AFC favorites showdown, hot quarterbacks, and tons of sacks: just another week in the NFL. We'll give you all the 2018 NFL news you can handle in under three minutes each week. (Disclaimer: You can stay longer than three minutes. Time is relative.) Here's the best of the NFL from Week 2.

The Dominant Jags and Belichick’s Gamble

Over the years, Bill Belichick has enjoyed more than his share of last laughs, not that he ever even smiles, anytime doomsayers dared to draw premature conclusions about his New England Patriots after an ugly early-season loss.

And still you can’t help but wonder if such doubts are justified after the Pats were pounded 31-20 by the Jaguars in Jacksonville on Sunday. Heck, when Blake Bortles outplays Tom Brady, it’s either a sign of the apocalypse or proof that age catches up with everyone sooner or later in the NFL. In the case of the 41-year old Brady, it doesn’t help that Belichick left him without enough wide-receiver weapons this season, trading Brandin Cooks and refusing to pay top dollar to keep Danny Amendola around.

And obviously, the Patriots’ coach is desperate for help because on Monday he traded a fifth-round draft pick to the Cleveland Browns for Josh Gordon, the talented but troubled WR who has missed most of the last four seasons due to substance abuse problems. High risk, extremely high reward.

"If he can help us win, that's always great."#Patriots players talk Josh Gordon trade in the locker room. pic.twitter.com/rGV3GGNlmd

But let’s also not overlook the obvious here: the Jaguars are becoming a monster. Remember, they had the Pats on the ropes in last year’s AFC Championship Game before playing scared with a lead in the second half, and now they’re back, with that ferocious defense and a more confident Bortles.

They obviously got Belichick’s attention as well. So will gambling on Gordon be his last-laugh move of this season, or is the dynasty finally, officially in decline?

Can we get a radar gun on Patrick Mahomes’ fastball?

Mahomes is quickly becoming the must-see quarterback of this NFL season, in part because nobody throws the ball with quite as much pure zip as the Chiefs’ 23-year old fireballer. Mahomes looks as polished as he is talented, completing passes at a 69.1 percent clip in his first two games, for a league-leading 10 TD passes, including six in Pittsburgh against Steelers on Sunday. So, on top of his cannon for an arm, he's got the accuracy to go along with it.

As such the 2-0 Chiefs are an offensive juggernaut, as entertaining to watch as they are difficult to defend. Indeed, Mahomes has electrifying weapons in Tyreek Hill, Sammy Watkins, and Kareem Hunt, plus indispensable tight end Travis Kelce, and he’s making use of all of them.

All of which has already prompted speculation as to whether Mahomes could break Peyton Manning’s single-season record of 55 TD passes. After only two games, we should probably pump the brakes on those expectations, but fantasy football owners with Mahomes on their team are certainly salivating.

Andy Reid, still trying to get over that post-season hump, would gladly prefer him being the second coming of Len Dawson.

On his first official day as GM of the New York Giants last December, Dave Gettleman couldn’t have been more straightforward:

“We’ve got to fix the O-line,” he said at his press conference. “Let’s not kid each other.”

Giants’ fans watching Eli Manning under siege against the Dallas Cowboys’ pass rush on Sunday night had to be wondering how terribly the offensive line would look if Gettleman hadn’t made it a priority. The GM thought that signing Nate Solder, drafting Will Hernandez and moving a disappointing Ereck Flowers from LT to RT, among other moves, would solve the problem, and yet there was Manning, sacked six times in the 20-13 loss to the Cowboys and under constant pressure.

Manning is part of the problem, with the mobility of a sloth at age 37, and so with the Giants at 0-2 the bigger question is whether Gettleman miscalculated by trying to apply a band-aid to a 3-13 team, drafting Saquon Barkley rather than a potential franchise quarterback like Sam Darnold or Baker Mayfield.

The answer? Uh, to borrow Gettleman’s own words: “Let’s not kid each other.”

FitzSwagtrick Wins The Press Conference Too

Fitzmagic lives on, as Ryan Fitzpatrick lit up the scoreboard for a second straight week, leading the Tampa Bay Bucs to a 2-0 start with a 27-21 win over the defending Super Bowl champs.

Remarkable stuff for a 35-year old journeyman, as Fitzpatrick has thrown for 819 passing yards and eight TDs. And if you think Jameis Winston is getting his starting job back in Game 4, the first week he’s back from suspension, you probably think those were Fitzpatrick’s own duds he was wearing at the post-game podium on Sunday.

Nope, DeSean Jackson loaned his outfit, heavy on the gold chains, to Fitzpatrick, though the QB made a point of saying, “The chest hair is mine.” Who knew the Harvard guy had it in him?

A QB controversy is brewing in Tampa. Get the popcorn ready.

Why Vontae Davis Is Now A Verb

For years “No Mas” became universal for “I quit,” thanks to boxer Roberto Duran, but now there’s a new way of saying it.

Whatever pushed Davis, the Bills’ defensive back, to make the unprecedented move to retire at halftime on Sunday, suffice it to say he’ll always regret a decision that infuriated teammates like Lorenzo Alexander.

"He said he's not coming out. He retired..."
—Bills LB Lorenzo Alexander pic.twitter.com/ab7wJoyc7f

And as a result, wherever Davis goes from here, he will always be THAT guy.

And, well, somebody was bound to compare this defense to that of the famed ’85 Bears, right? Turns out ESPN analyst Louis Riddick was the first to make the leap, singling out the linebackers specifically.

“When you think of guys like Wilbur Marshall, Mike Singletary, and Otis Wilson, they were absolute game-wreckers,” Riddick said. “Well, think about how they have built this linebacker corps here. Danny Trevathen and Roquan Smith on the inside. These guys can run and hit."

“And they’ve got the power on the outside with a guy like Khalil Mack. It’s just amazing right now what they have going for them, and Leonard Floyd is playing with a cast on one hand. Once he can use both hands, it’s scary how good they can be.”

As a former NFL player and front office executive, Riddick has the credibility to make such a comparison. But it’s safe to say that if Buddy Ryan were still alive, he’d have a few choice words in response. Mostly expletives, no doubt.