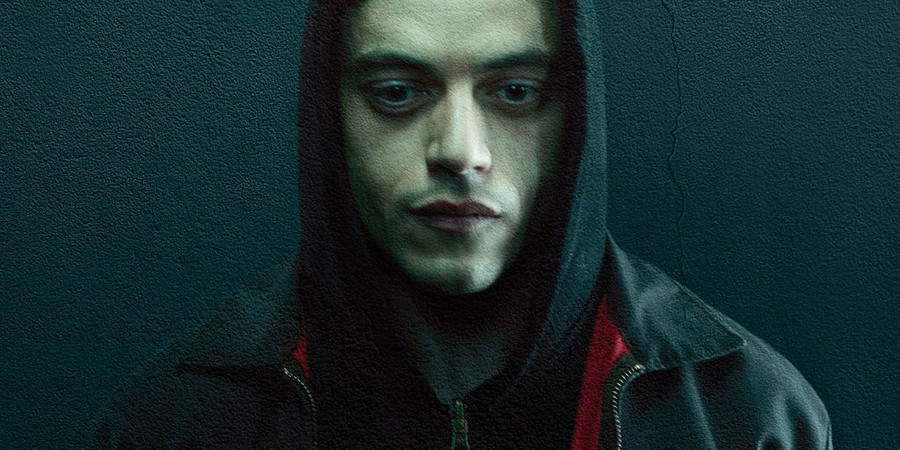 ‘No one will ever try this again’: the most daring hours of TV ever

‘It’s OK, we don’t have to talk”. So began the most recent episode of Sam Esmail’s Mr Robot. And it was followed by – well – nobody talking. 405 Method Not Found contains just two lines of dialogue, bookended by one of the most spectacular – and least chatty – episodes of the series yet.

Ridding an episode of dialogue is a neat trick – BoJack Horseman did something similar with Fish out of Water in 2016 – but it’s by no means a one-off. Mr Robot has built a reputation as a show willing to take bold leaps. In season two it opened an episode with a 15-minute sitcom version of itself. In episode three it presented one episode as a continuous take. And now there’s this. Once Mr Robot ends – and it’s about to – it might be remembered as one of the most formally daring shows in living memory. However, it still has some way to go if it’s going to unseat the all-time greats. Here are some other TV experiments which eschewed convention to do something more interesting:

Community was one of the most restless sitcoms ever made. Pillows and Blankets took the form of a Ken Burns documentary parody. Digital Estate Planning saw the cast star in their own eight-bit videogame. Intro to Felt Surrogacy was a puppet episode. But perhaps the best example – and almost certainly the hardest to execute – was this season three episode that took place across six alternate timelines, each based on a scenario where a different character went to get pizza. By the end of the episode, characters are dead and drunk and disfigured. It’s a lot to fit into 21 minutes.

Buffy the Vampire Slayer – Once More, With Feeling

God knows that musical episodes are old hat now. 30 Rock had a musical episode. The Flash had a musical episode. Fringe and Grey’s Anatomy and How I Met Your Mother and Scrubs and The X-Files all had musical episodes. But what binds all of these episodes is Once More, With Feeling, a season six episode of Buffy the Vampire Slayer from 2001. An episode that required three months of preparation – a lifetime in the sausage factory world of television – Once More, With Feeling is astonishing for how well it worked. One slip-up from one cast member and the entire thing would have slid into Pierce Brosnan in Mamma Mia: The TV Show. But not only did it succeed, it helped to open the show up to new possibilities. It’s one of Joss Whedon’s favourites for a reason.

For most of its run, The Leftovers was a sobering study of grief without closure, with a collection of characters struggling to come to terms with the mysterious disappearance of a tenth of the population. But then came International Assassin, in which depressed policeman Kevin Garvey drinks poison and wakes up in the bathroom of a luxurious hotel room. A man tries to kill him. From that point on, all bets are off. The episode doesn’t serve much narrative purpose but, given how dour The Leftovers could be, it was wildly entertaining to see it ditch its entire premise for one episode in favour of some glitzy James Bond cosplay. Notable mention also goes to season three’s The Most Powerful Man In The World (And His Identical Twin Brother), where Kevin is returned to the same world only to discover that it now contains biometric penis sensors.

Netflix’s interactive storytelling device might one day turn out to be the future of consumed entertainment. But for now it’s still a gimmick, which makes Bandersnatch such a stand-out piece of weirdness. Letting viewers actively choose the direction of the narrative sounds laborious, in terms of plotting and writing and shooting and editing, and required a much broader range of tone. There’s a suicide, yes, and a harrowing streak of paternal dysfunction, but there’s also a moment where the lead is informed that he’s on Netflix and the universe collapses in on itself. Not many shows can get away with this sort of confection – imagine, say, a Choose Your Own Adventure Poldark – but it was tailor-made for Black Mirror.

And then there’s this, by far the weirdest episode of television ever made. Yes, Mr Robot is brave, but it doesn’t contain an episode where we spend several minutes witnessing the interior of a nuclear blast set to a song called Threnody to the Victims of Hiroshima. Or an episode where a mutant vomits the literal notion of evil into a black void. Or an episode where this threat is countered when a character known as ‘???????’ levitates into the world and exhales an entire galaxy. Part 8 did all of this in 20 minutes. It may very well count as an origin story for the whole of Twin Peaks. It’s eerie, unsettling and unmistakably a work of arthouse storytelling. No one will ever try to make an episode like this ever again, and rightly so. It’s a masterpiece.

This article was written by Stuart Heritage from The Guardian and was legally licensed through the NewsCred publisher network. Please direct all licensing questions to legal@newscred.com.