The new trailer for No Time to Die offers an old-school supervillain plot and plenty of unspoiled plot twists for Daniel Craig’s fifth and final James Bond movie.

As promised on Tuesday, we’ve got a new action-packed trailer for No Time to Die, arriving just in time for the domestic launch of Chris Nolan’s Tenet. And yes, it’s fitting/ironic that Nolan’s big-budget espionage adventure, which is unapologetically playing in the 007/Mission: Impossible sandbox, would be graced by a tease for the genuine article.

I still remember in August of 2012, when the dynamite second trailer for Skyfall debuted alongside the theatrical opening of the very not-good The Bourne Legacy. At the time, I argued, half-jokingly, that Sony should punk Universal by playing the trailer for Skyfall AFTER The Bourne Legacy as a kind of “Sorry that stunk, but here’s a spy movie that rocks!” marketing prank. Well, now the shoe is on the other foot. Tenet is… not my favorite Chris Nolan movie and it’s Universal teaming with MGM to distribute the next excellent-looking 007 movie. 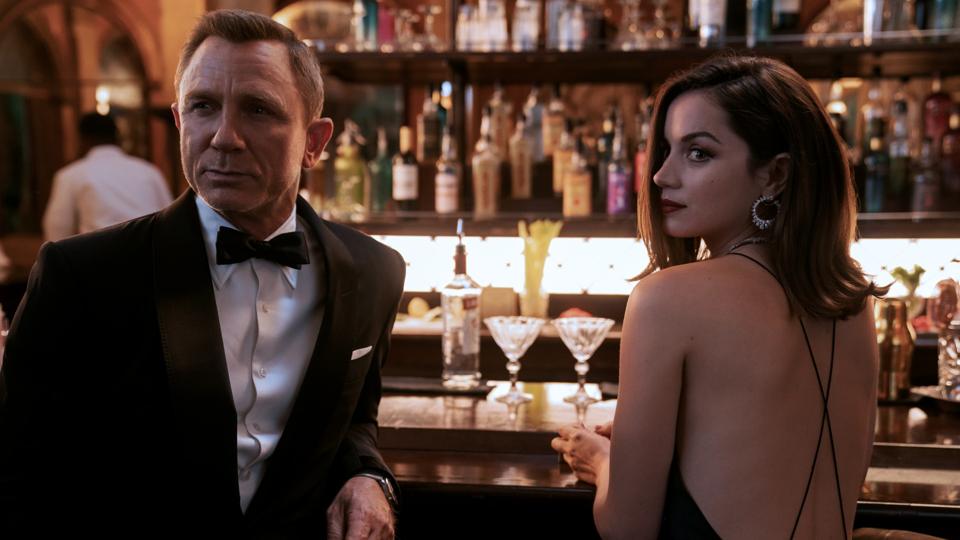 Daniel Craig and Ana De Armas in 'No Time to Die'

First, the trailer teases perhaps the first “The villain is going to kill millions of people!” plot for a 007 flick since (at least) The World Is Not Enough. While Die Another Day did involve possible global escalation concerning North Korea, there was no specific doomsday clock in play. Ditto the first four Daniel Craig movies which involved a financier trying to win back money he lost in the stock market, a villain screwing a small country out of its water rights, a disavowed agent trying to kill his former superior and an evil organization trying to take control of government surveillance systems.

That’s all well and bad, but it’s been awhile since a 007 baddie wanted to drown the world and live undersea, nuke London from space in order to destroy the world economy or flood silicon valley to control the market share on computer chips. The last 25 years of James Bond movies, at least since GoldenEye (if not since For Your Eyes Only) have been about balancing the year world as it exists outside of the multiplex with giving fans and audiences the kind of larger-than-life spectacle and thrills that used to only be available in a 007 movie. 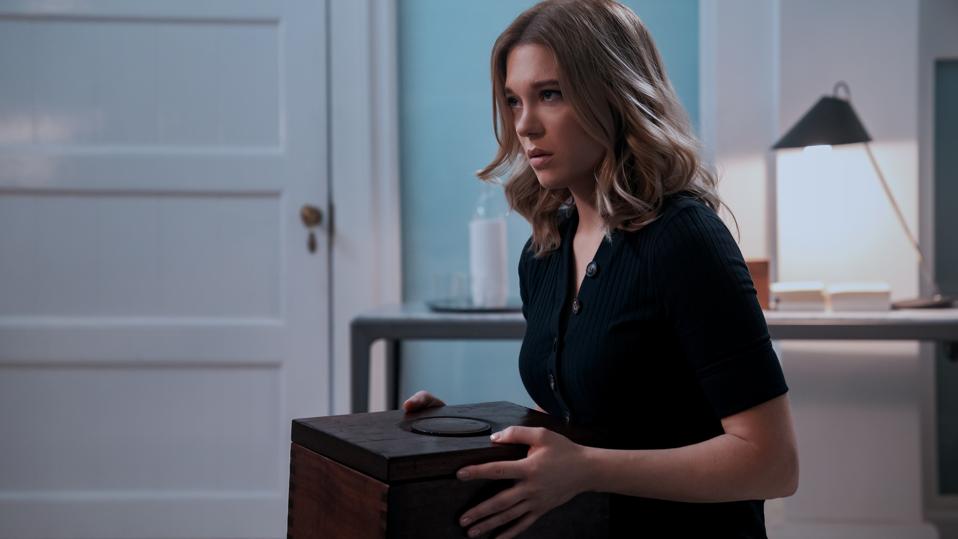 Lea Seydoux in 'No Time to Die'

Rami Malek’s big plot seems to be another “save the world by destroying it” scheme, which is a think piece for another day in terms of maybe too many moviegoers mistaking nuanced screenwriting (“give your bad guy a sympathetic motivation”) for actual political philosophy (“environmentalism is evil”). But moreover, in a world where hundreds of thousands of people have died from a pandemic, it’s frankly going to take a plot with millions of lives in the balance to make Bond’s actions suitably heroic. Anything else might seem like small potatoes.

Second, this 150-second trailer is aggressively spoiler-free and cryptic in the way that frankly most modern blockbuster trailers choose to be. That’s not remotely a criticism, as spoiler-lite marketing is always better than spoiler-filled marketing if you can make the sale without giving away the store. But it does signify how different blockbuster marketing has become in the last several years, even just in terms of 007 trailers. 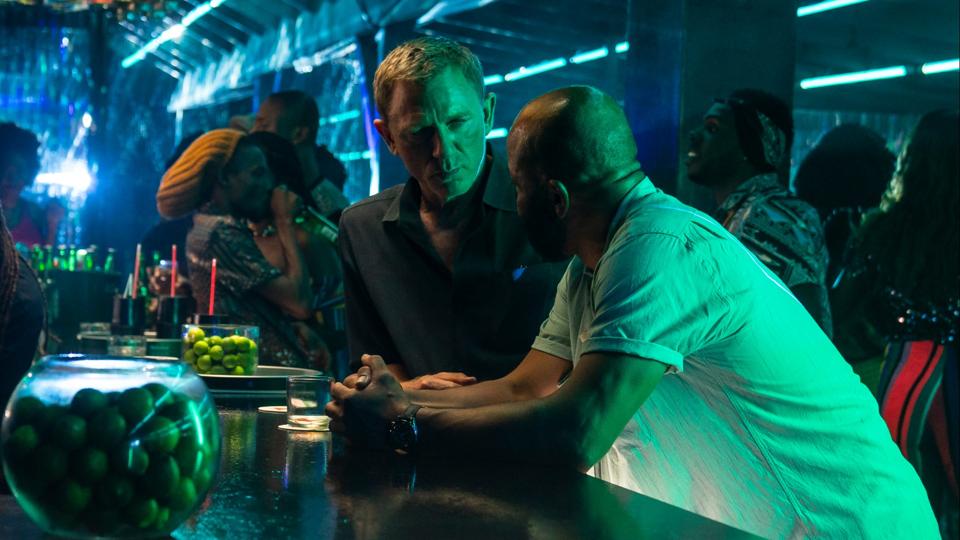 Daniel Craig and Jeffrey Wright in 'No Time to Die'

The marketing campaigns for pretty much every James Bond movie prior to Spectre explicitly spelled out the evil plot, the villain’s motivation and at least a tease of the final threat. We knew that Sean Bean’s 006 was the villain in GoldenEye, that M would be captured in The World Is Not Enough and that Bond was teaming with Halle Berry to stop a power-mad tycoon in Die Another Day. The trailer for Moonraker certainly didn’t hide “Bond goes into space.”

It wasn’t that the prior trailers for GoldenEye, The World Is Not Enough or Quantum of Solace were “filled with spoilers,” but rather that we weren’t trained to expect James Bond movies to have shocking plot twists and unspoiled story beats. The only peril with this strategy is that we’ve frankly expected moviegoers to treat pretty standard plot information as “Spoilers,” although at worst that can merely lead to some silly online discourse. 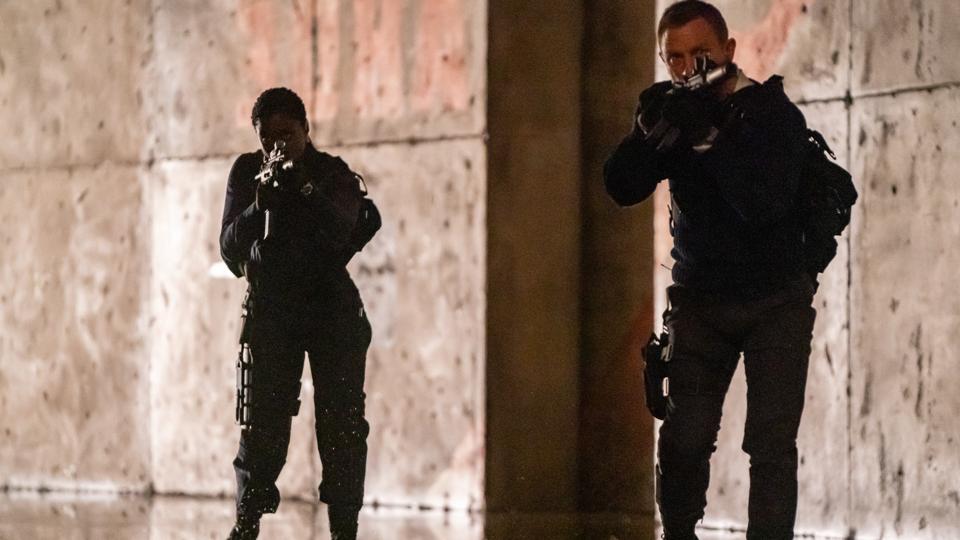 Lashana Lynch and Daniel Craig in 'No Time to Die'

But the broader change is that moviegoers have come to expect that a big movie with cryptic marketing is actually hiding mind-blowing plot twists, stunning character reveals or unthinkable set-pieces. That’s sometimes true, but other times it’s just that the movie plays out pretty much as expected. The likes of Tomorrowland, Interstellar and Star Trek Into Darkness pretended to be shrouded in mystery only for the movie to be exactly what was advertised.

Director Matt Reeves was on hand at August 22nd's DC ...

‘Didn’t Take Any Of It For Granted’: How Chadwick Boseman’s Humility Made Him A Star

Chadwick Boseman, seen here in "Get On Up" and "Black ...

Journalist, fighter, and feminist Gloria Steinem is an indelible icon ...