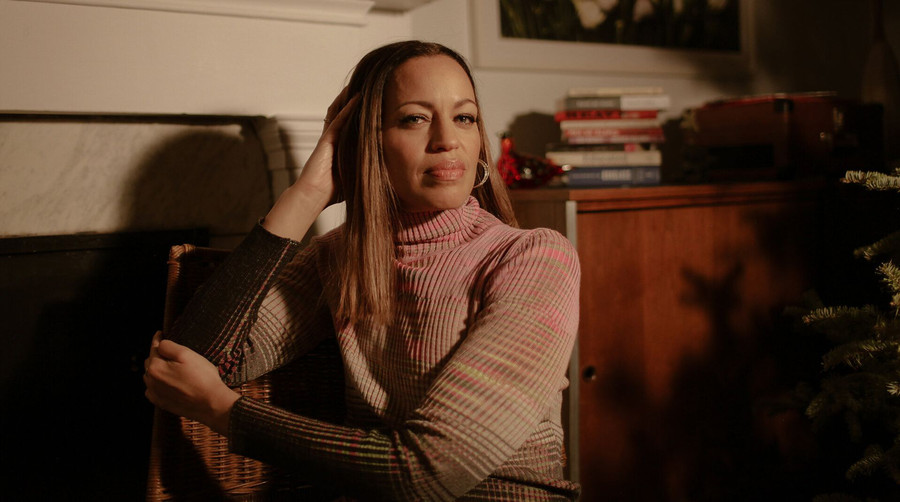 This essay is part of a three-part interview series with sexual abuse survivors Drew Dixon and Asante McGee, and co-founder of the #MuteRKelly movement Oronike Odeleye.

Since #MeToo went viral in 2017, it has transformed our culture for the better. The movement, created by activist Tarana Burke in 2006, has helped survivors and allies push back against rape culture and rally to hold abusers accountable, ousting media moguls, comedy icons, world-renowned chefs and politicians. Invoking the legacies of Harriet Jacobs, Rosa Parks, Recy Taylor and Anita Hill, Black women survivors have carved out spaces to raise awareness, disrupt sexual violence in the Black community, and most importantly, heal. However, the movement hasn’t quite had the same impact in the music industry, specifically in hip-hop and R&B.

In this piece, writer Kellee Terrell spoke to Drew Dixon, one of the first women to publicly come forward with sexual assault accusations against hip-hop mogul Russell Simmons. Nearly a year after the documentary “On the Record” debuted at Sundance, Dixon opened up about the devastation of Oprah Winfrey dropping out as a producer of the film, her worry that it would never reach its intended audience and why we must center and believe Black survivors.

Looking back, I had hoped that my “fairy godmother,” Oprah Winfrey, a woman I admired, would be this savior, would be a force to ensure that our film, “On the Record,” would be seen by the masses. The media mogul had signed on as an executive producer, and Apple TV+ would distribute the film. I thought it would be a match made in heaven. How could it not? It’s Oprah.

So when I heard that she was departing the film, I was devastated. Why would a Black woman do this to another Black woman, knowing that we get so few opportunities to be centered and seen when it comes to sexual assault?

Walking into Sundance with no distributor was terrifying. Alongside filmmakers Amy Ziering and Kirby Dick, we had created something powerful that spoke to the nuances of our experiences — objectification, exploitation, sexualization and brutality — that for the past 400 years, many other Black women had endured. With Oprah’s shocking departure, there was this looming feeling that the only people who would get to see us name Russell Simmons as a serial rapist were the ones sitting in that theater in Park City, Utah. Thankfully, that wasn’t the case because our fearless directors never gave up, HBO Max stepped up when other networks refused, and brave journalists, activists and allies rallied around us.

“On the Record” had finally found its way into your homes.

But even in all of that, I worried then (and still worry now) that we missed an opportunity to make the significant impact on Black America that we set out to make. I know that with everything going on in the world — a deadly coronavirus pandemic, the deaths of Breonna Taylor and countless others, and former President Donald Trump wreaking havoc on the nation  — you’d prefer for me to be more optimistic. To tell you that despite the drama, depression and disappointment, despite walking away from my music career and love for hip-hop, I don’t regret spending two years of my life telling my personal story to strangers. But how I feel about being part of “On the Record” differs given the day.

When I get a DM or an email from a survivor — both women and men — thanking me for “being brave” and how my story made an impact on them, I am so overwhelmed by emotion that I can’t even type. Maybe it was worth it. But then there are those moments when the women from the film have to personally defend themselves on Twitter in ways that the white survivors of Harvey Weinstein didn’t have to. Or when ”The Breakfast Club” had the audacity to invite Russell onto their show to talk about, of all things, the Black Lives Matter movement, giving him a platform void of any accountability or pushback. Those excruciating and infuriating moments reminded me why so many survivors stay silent.

"Yes, black women are magic – we have to be to survive this incredibly cruel world – but we shouldn't have to be magic to be treated with humanity, security & compassion."

But what I never waver from is that I am tired of Black women being erased from history, ignored and not believed — exhausted by feeling guilty and condemned for calling out men in our tribe. Black women bleed real blood and feel real pain from the harm that sexual predators in our community cause. Yes, Black women are magic — we have to be to survive this incredibly cruel world — but we shouldn’t have to be magic to be treated with humanity, security and compassion.

We deserve to be heard and healed. But when will we carve out real space for that to happen?

I remember being in my early 20s, watching Anita Hill testify on Capitol Hill against Clarence Thomas and Desiree Washington come forward with rape allegations against Mike Tyson and seeing how horribly our community treated them in order to protect powerful Black men. Twenty-five years later, walking into The New York Times, I carried that with me, hoping that this time around that same community, my community, would have my back in ways that it didn’t have those of the brave women that came before me.

Sadly, that needle hasn’t moved that much.

We don’t have to wait another 25 years for change. Rape culture (and how we cover for these predators) is a cancer that needs to be eradicated now. Too many Black women and girls are counting on us.

This article was written by Kellee Terrell from Huffington Post and was legally licensed through the Industry Dive publisher network. Please direct all licensing questions to legal@industrydive.com.