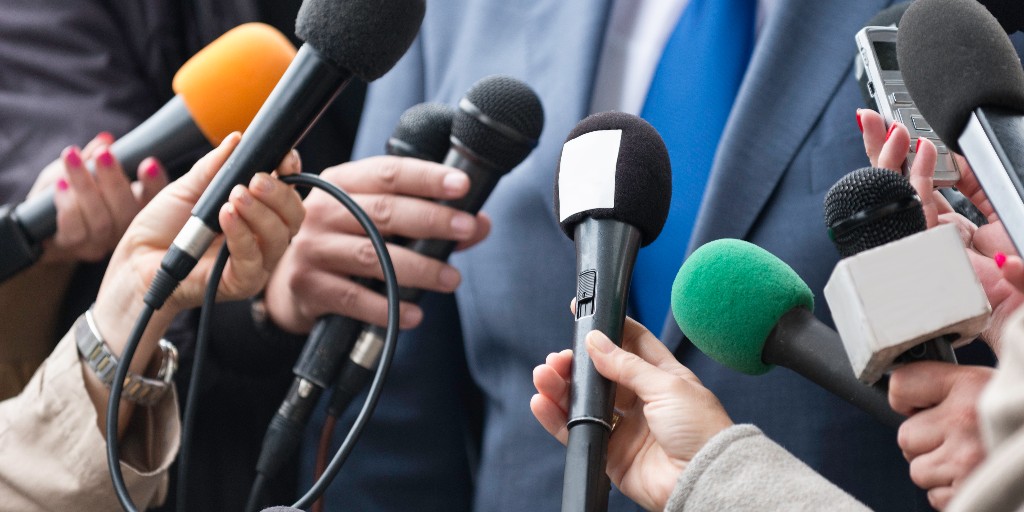 We’re currently living in an unprecedented political climate, in which the U.S. President himself routinely calls out legitimate news stories as "fake news." As a result, hardworking journalists have been thrust into a precarious position unlike ever before. The stakes are at an all-time high and fact-driven political journalism is indeed necessary for this country to make any type of progress towards the American promise of equality for all.

The HBO Max documentary "On the Trail: Inside the 2020 Primaries" follows some of CNN's female journalists as they hit the road in the midst of this political unrest to cover the 2020 elections. Some of the journalists featured include correspondent Kyung Lah, video producer Jasmine Wright, video producer Daniella Diaz, and correspondent Dana Bash.

This documentary should be required viewing for anyone interested in current events and/or politics. It’s fascinating to watch how hard journalists have to work in order to keep American citizens informed around the clock. “On the Trail” stands out in stark contrast from other journalism documentaries in the way it highlights some of the challenges faced by female journalists – challenges that male journalists typically don’t have to deal with.

At one point, Lah says, “If you were to ask my kids, they’ll tell you they don’t like my job at all.” Later on, when Lah’s talking on the phone with her mom while editing a clip for CNN, she adds:

Oh, my mom’s a pain in the ass. She’ll call me on the road while my heart is breaking ‘cause I haven’t seen my kids in so long, to say, ‘You’re children are at home.' I know they’re crying. I don’t know why you do this…She doesn’t understand why I travel. She doesn’t understand why I like to interview, why I like to cover a story. That [covering a story] is what I love.

Gaining insight into why these journalists are so passionate about a job that can be so difficult and soul-crushing at times makes for great television. “My family is Korean...And it adds to the mix of opinions and the way we approach a story in a way that I think matters," explains Lah. Later, she adds:

When I talk to anyone at any event, I don’t feel that different from them. I want them to have space on television. I want them to be a part of the conversation. If we’re the mass media, we need to be talking to the masses. If you can tell an issue-based story through the people it impacts, it’s news through a human lens.

During the primaries, Lah was CNN’s dedicated correspondent for the Amy Klobuchar campaign. She was joined on the Klobuchar beat by video producer Jasmine Wright. Throughout the documentary, Lah and Wright prove to be a fantastic duo.

Wright is one of the few Black woman journalists at CNN. Every American would be in a better place if they fully understood and empathized with the issues Wright faces as a Black female journalist. At one point, she explains how she felt shortly after being hired by CNN:

It felt exciting, but it felt like I had a lot to prove...Because I'm a woman and a Black woman at that. It’s so rare to have people of color in our position at this very integral level of news-gathering. Sometimes I feel like I can be perfect at my job and I'm judged like it’s a one time thing. Like, ‘Look at this amazing thing she did, bet she can’t do it again.’

On paper, it would seem curious (to say the least) that Wright covered the Klobuchar campaign. As the County Attorney of Hennepin County, Klobuchar put Myon Burrell, a black teen, in prison for life for the murder of Tyesha Edwards in 2002 despite no hard evidence that pointed to Burrell being guilty. During Klobuchar's campaign, the Minneapolis NAACP, the Racial Justice Network, and Black Lives Matter Twin Cities all called for her to suspend her campaign for her role in putting an innocent black teen in prison.

Despite all of these red flags, Klobuchar's campaign had a lot of momentum after the first two states in the primaries, which happened to be home to a predominantly white voter base (Iowa and New Hampshire). Wright provides a very sharp criticism of how her industry covers the primaries:

I think what the media does wrong is not creating space for these conversations [about Burrell's conviction and similar injustices] earlier and understanding the issues that are really affecting black people.

At one point, Klobuchar is being questioned about Burrell's case on "The View" while Wright is watching in her hotel room. As the Burrell story plays out on TV, Wright says:

People in Iowa because they’re so white, people in New Hampshire because they’re so white, aren’t gonna care about this...So why would we [the media] put it on the internet? Why would we put it on digital? Because it’s not going to get any traffic. And then when I pitch it [to my bosses], you know, they’re gonna be like, ‘Well it’s not really the time for it. It’s the New Hampshire primary.’ It’s always the time for this story. There’s never not a time for this story.

The documentary wraps up with a quick transition to concerns around COVID-19 shutting down campaign events, and the racial justice protests following the murder of George Floyd by a Minneapolis police officer (where Klobuchar serves as U.S. senator).

On its face, "On the Trail" seems to be documenting the 2020 Democratic primaries. However, when you strip away the current events, this documentary serves as an important reminder of how hard journalists work to make sure the truth gets out to the public. On top of that, "On the Trail" shows that we need more diversity in journalism and more empathy in American society.