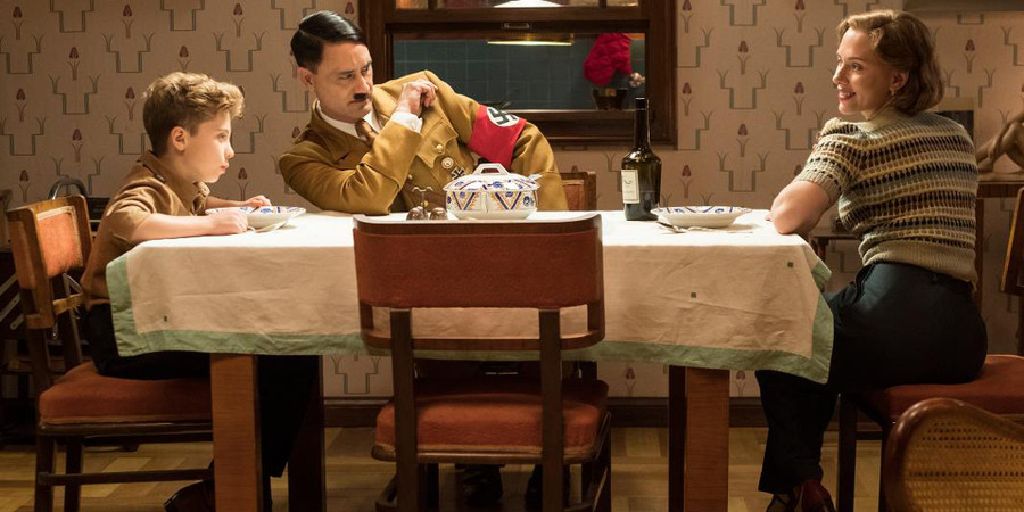 I’m rather curious if Warner Bros. will bother to reissue Joker into wide theatrical release after its 11 Academy Award nominations, the most for any movie from 2019, were announced Jan 13. The film is already a massive blockbuster, with $334 million domestic and $1.066 billion worldwide on a $62.5 million budget. The only reason to put it back in theaters is to get it past the domestic grosses of Spider-Man: Homecoming ($334.2 million), Aquaman ($335.05 million) and Spider-Man 3 ($336.5 million) while increasing the likelihood that it’ll end up with a bigger worldwide total than wherever Star Wars: The Rise of Skywalker ends up. If this all does occur, then Joker will be the second-biggest domestic DC Films flick (behind Wonder Woman) and the second-biggest global DC Films flick (behind Aquaman).

I’m not going to get into the snubs. Pretty much any relevant actors of color were left out, although I’m glad enough folks saw and liked Harriet to push Cyntha Erivos into the Best Actress category. Alas, many of the nominees who might have spurred general audience excitement or at least chatter (Jennifer Lopez for Hustlers, Greta Gerwig for directing Little Women, pretty much anything related to Hustlers, The Farewell and Uncut Gems) were left off. The Academy is not the Borg, and there is no “hive mind” situation. Truth be told, this was such a strong year that there were arguably two viable nominees for every one available slot, so by default it was going to be a “disappointing” morning depending on where your loyalties lay.

I’m disappointed for Lupita Nyong’o missing out on Best Actress, but A) she won in 2014 for 12 Years a Slave and B) her jaw-dropping performance in Jordan Peele’s (also unjustly ignored) Us is going to be talked about for ages as an all-time classic horror-movie turn. I’m thrilled that Antonio Banderas got his first (!) Oscar nomination for his turn in Pain and Glory. He’s been so consistently good for so long that I’m only half-joking when I talk about his being snubbed for The SpongeBob Movie: Sponge Out of Water. Anyway, Netflix led the field with 24 nominations, including 10 for The Irishman, six for Marriage Story and three for The Two Popes.

So, none of those films will get any kind of Oscar bump at the box office. But what about the rest? Well, for better or worse, Sony’s Little Women is still nominated for Best Picture, Best Adapted Screenplay (which Greta Gerwig might win), Best Actress (Soairse Ronan has her fourth nomination before her 26th birthday), Best Supporting Actress (Florence Pugh, who had a “Jim Carrey in 1994” kinda year, adjusted for 2019 box office realities), Best Costume Design and Best Score. The $40 million flick has already earned $107 million worldwide, and it may be, by default, the biggest beneficiary in terms of raw dollar increases between now and the Oscar show on Feb. 9.

The big loser, in terms of needing a Best Picture nomination to save its butt, was Lionsgate’s Bombshell. The Fox New melodrama has earned $27 million on a $40 million budget, with a $1.5 million gross last weekend, so it really could have used that bump. Margot Robbie and Charlize Theron were nominated, along with Best Makeup. Lionsgate may have had better luck backing Rian Johnson’s Knives Out from the get-go, but A) hindsight is 20/20, and B) the Theron/Nicole Kidman/Robbie flick came out of the gate with strong pre-screening buzz. Besides, Knives Out is now a favorite for Best Original Screenplay and it’s already soon to be the biggest non-horror live-action original release in North America since Interstellar in 2014.

Conversely, Fox Searchlight’s Jojo Rabbit got the Best Picture nomination it needed presumably to keep it alive. Taika Waititi’s black comedy about a young boy coming of age in Nazi-occupied Europe at the end of World War II has earned just $22 million domestic, so it needed a boost with these nominations. A Best Picture nomination plus a Best Supporting Actress nom for Scarlett Johansson (who became a rare double-nominee with a Best Actress nom for Marriage Story as well) and a Best Adapted Screenplay nomination and three tech nods (Best Editing, Best Production Design and Best Costumes) will keep it alive for the next month.

It and Fox’s Ford v Ferrari ended up in the Best Picture category, which is a big win for Fox and Disney. Fox’s two big awards flicks both snagged Best Picture nominations, and Frozen II’s omission from the Best Animated Feature category arguably makes it more likely that Toy Story 4 will take the win. Netflix has two animated features in that category, I Lost My Body and Klaus, so this is another subtle way in which Disney and Netflix pretend to be mortal enemies while actually being each other’s best friend. Disney had to show this year that it could continue to make Fox an Oscar powerhouse, and I’d argue that Disney did so. That’s good for folks who want Disney to keep making Fox movies.

James Mangold’s race-car melodrama may have missed any acting nods, but its place in the Best Picture circle might also give it a slight boost as audiences play catch-up over the next month. And since Disney has no newbies between Star Wars IX and Pixar’s Onward in March, I’d wager it will try to get folks to show up for Ford v Ferrari and Jojo Rabbit. And if either of those wins in major categories, which is possible, well, then Disney wins again.

By default, the three big Best Picture “winners” in terms of Oscar bumps are Little Women, Ford v Ferrari (with $211 million worldwide thus far) and Jojo Rabbit, as even Parasite A) is already a huge hit at $25 million domestic and $132 million worldwide, and B) drops on “electronic sell-through” on Jan. 14.

Parasite may pass I, Tonya ($31 million) to become Neon’s biggest domestic grosser. Sony’s Once Upon A Time in Hollywood ($141 million domestic/$372 million worldwide), which still feels like the frontrunner to win Best Picture, is already long out of theaters. Oh, and Universal’s 1917 just opened with $37 million in its wide release expansion, so its 10 nominations (even with an odd “Best Editing” exclusion) will only make it a bigger hit to help Universal nurse the wounds of Cats and (barring a happy miracle) Dolittle.

Sony had a great morning too, with 20 nominations in total, even if I wish Marielle Heller’s A Beautiful Day in the Neighborhood had gotten more love along with a deserved Tom Hanks nomination.

Nonetheless, a Korean-language thriller is among the eight Best Picture nominees, and it might just win. That in itself is a hell of a thing.