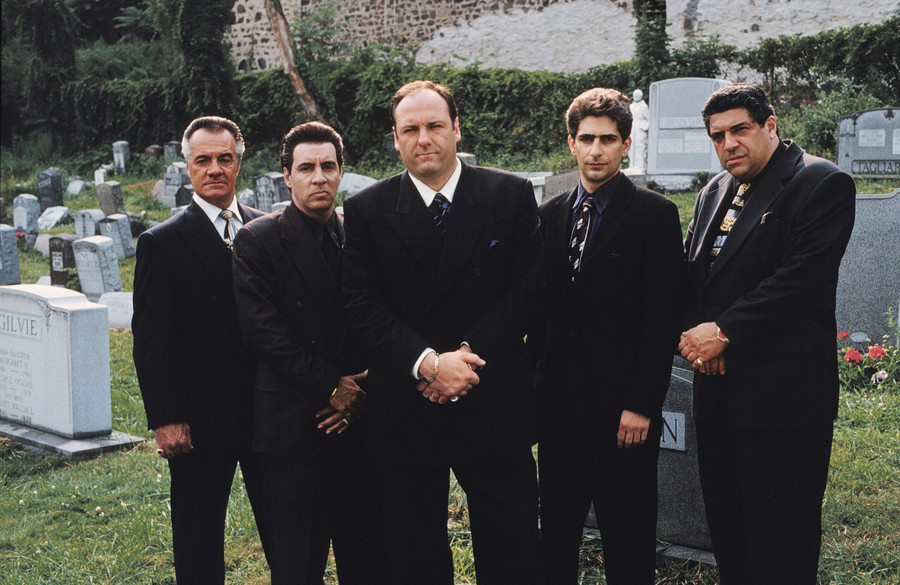 NEW YORK (AP) — The corovavirus pandemic almost upended a new podcast about the hit TV series “The Sopranos” before it even started. But hosts and series actors Michael Imperioli and Steve Schirripa said fans pleaded with them to find a way to do it.

They did and watchers of the award-winning HBO series will be overjoyed that the two “Sopranos” stars are providing insight into the show while listeners are stuck in their homes.

Imperioli said fans had been watching the show during shelter-in-place orders and were hungry for the podcasts. "So Steve and I had a long talk and we thought about it and we found a way to do it remotely,” Imperioli said.

Even a series regular like Schirripa is also learning things about the series. “Michael tells me things that I’ve never even knew," he said. "So it’s pretty amazing.”

One thing listeners have discovered is that there were three final actors vying for the role for Tony Soprano. One was Bruce Springsteen collaborator Steven Van Zandt.

Obviously, James Gandolfini got the part of Sorprano, but show creator David Chase found a spot for Van Zandt. “They wrote in that character, Silvio, for him. There was no Silvio in the original script,” Imperioli said.

And what about the third actor? “Michael Rispoli was the third finalist and he played Jackie Aprile Sr.,” Imperioli said.

New episodes of “Talking Sopranos” are available every Monday on various podcast apps or at Simplecast.

While many fans regard “The Sopranos” as one of the best shows ever on television, Imperioli, who played Christopher Moltisanti, wasn't initially sure the mob series would succeed.

He said “it was not easy” to understand what the show was really about from the pilot. He didn't know if it was a spoof or not. "It was hard to really grasp the tone," he explains.

While Imperioli was confused at first, it didn’t take long for him to realize that the show that David Chase created was something magical.

“We got these scripts every two weeks, they kept getting more interesting and more strange and more bizarre and more intricate and more unique," he said.

And along the way the two hosts share love and admiration for the late Gandolfini and how he led the ensemble cast by example.

“Jim was like the captain. He wasn’t the boss. He wasn’t the star. ‘The Sopranos’ was a team both behind the camera and in front of the camera. And I haven’t had that experience again, really,” Imperioli said.

While Gandolfini often becomes a topic of the weekly conversation, an episode focusing solely on his contributions to the series is not out of the question.

“I was thinking about — maybe I was going to bring it up with you, Steve. Maybe there’s room for just an episode to really delve into that,” Imperioli told his colleague.

“That would be great. He was such a good guy. As good an actor, he was, he was a better guy, generous guy,” Schirripa responded.

The 51-year-old Gandolfini died of a heart attack in 2013 while vacationing in Italy.

This article was written by JOHN CARUCCI from The Associated Press and was legally licensed through the NewsCred publisher network. Please direct all licensing questions to legal@newscred.com.