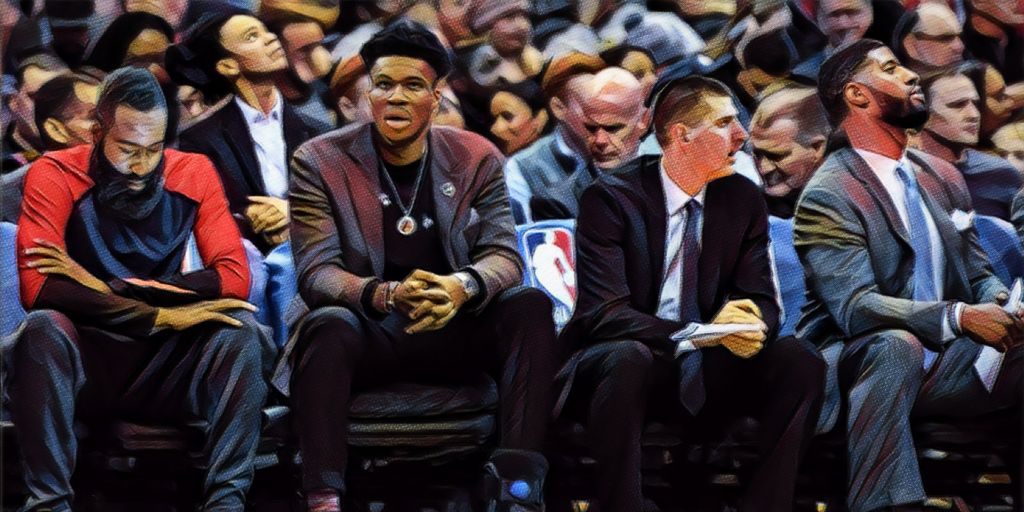 Part 2: What Are the Consequences of Load Management in the NBA?

Click here for Part 1: Yes, Load Management Is the Future of the NBA

2019 NBA Finals MVP Kawhi Leonard reinforced the league’s obsession with rest and injury prevention by leaping to new heights in the postseason as the biggest threats around him were felled by injury. The NBA, like all pro sports circuits, is a copycat league. But not everyone’s thrilled with the emerging trend. There’s too much money, legacy, and competitive fire involved in the NBA for the load management question to be answered with certainty anytime soon.

But with that being the case, it invites another question with no obvious answer: What is the end point of this movement? And how will it affect NBA fans, league profits, and the players themselves?

One of the most common proposals from those concerned with injury prevention in the NBA involves some reduction to the league’s current 82 regular season games. But one of the biggest problems standing in the way is that cutting the amount of games would certainly cut into the revenue pool for the league at large. Fewer games would mean fewer games for broadcasters to advertise against, fewer nights of tickets and concessions for the teams at their home arenas.

Neither the league or the players’ union wants to see a reduction in basketball-related income. NBA fans, for that matter, don’t want to contribute to that income without some assurance that their favorite players will show up to the arena. The average NBA ticket, depending on who you ask, costs around $100. Why pay for a steak if there’s a 25 percent chance the waiter will lift the lid to reveal a hamburger?

For that matter, this debate may be academic for all but the league’s very best players. An eighth man, second-round draft pick, or player on a two-way contract isn’t going to sit out a game when 15 minutes of playing time might make a real difference to the value of his next contract – or even its very existence.

Shortening the season and recalibrating prices while creating more fan certainty in the quality of the on-court product may be a compromise.

“If legitimate resting of players resulted in them being healthier for the playoffs, healthier longer, able to continue their careers longer, I think we'd be in favor of it," NBA commissioner Adam Silver explained to The Economic Club of Washington, D.C., according to the New York Times.

“We may need to revisit the number of games in the season,” he continued. “Because maybe in the modern NBA, we’ve had an 82 game season for roughly 50 years. And maybe that’s too many games on the player’s bodies.”

The commissioner has also proposed other changes, such as a mid-season tournament for teams to compete for some sort of trophy (let's call it the Silver Cup), as happens in soccer leagues across the world. But every solution Silver proposes leads to more skepticism over devaluing the importance of the regular season, or ceding too much control to team management.

Let’s not forget: load management can’t prevent everything. We saw Kevin Durant make what seemed to be a measured five-week recovery during the 2019 playoffs before getting cleared to play – and rupturing his Achilles in his first game back. But even then, ardent supporters of load management would point to Durant playing 12 of a possible 14 minutes in Game 5 of the Finals before he eventually went down with a catastrophic injury.

So while teams, superstars, and training staff may think of rest in the big picture, it’s clear that the competitive nature of the game will sometimes warp the incentives for both players and management. Regardless of where the load management debate settles, it’s ultimately a business decision. And, like any business decision, it comes down to dollars and cents. Are all of the stakeholders involved in the decision to cut the games willing to take the resulting cut in revenue?

The bet that the NBA will likely have to make is that lightening the schedule will ultimately make the overall product better. If the best players are staying healthy, it would give fans the highest possible competition when the games matter most.

But if that’s the case, then the NBA may have to embrace some other changes.

The NBA’s postseason awards represent only the regular season, but should they, considering the regular season and playoffs are seen as increasingly different sports? Fans of LeBron James, who’s won four MVP awards, but probably deserves twice that many, have been beating this drum for years. A shortened season and the concordant increased emphasis on the postseason should lead to changes about how the season’s best players are remembered.

It’s no surprise retired players have a thing or two to say about this. Hall of Famer Scottie Pippen declared that shortening the season would make it impossible to compare players between eras. (It’s probably impossible anyway, Scottie. Players used to smoke at halftime.) And the debate cuts both ways: LeBron James has a reasonable chance to surpass Kareem Abdul-Jabbar as the league’s all-time leading scorer. But not if he plays 65 games a year.

There’s no doubt that load management is rapidly changing the NBA, and for the teams benefiting from it most, there’s no reason to stop. But the NBA as a whole has to commit to change and decide what they are willing to live with. Otherwise, the continued uncertainty may create a Great Schism within the NBA community. Fans, broadcast partners, and advertisers have tons of other options. They may decide to practice load management with their wallets.