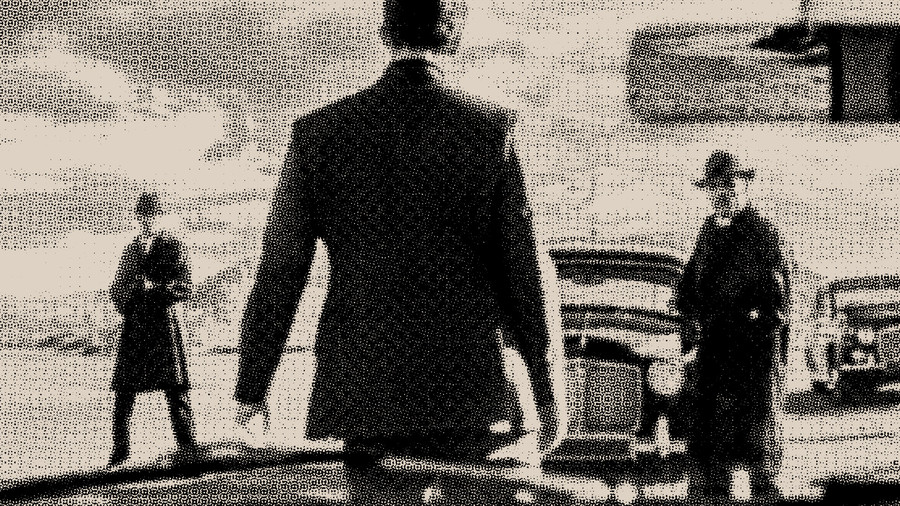 Pennyworth: How the new show relates to Batman and the DC Universe

Much like our actual universe, the DC Entertainment Universe is ever-expanding. With the recent success of Zachary Levi’s Shazam (a sequel is already in the works) and the upcoming release of the much-anticipated Wonder Woman 1984, the comics juggernaut is on a super-powered hot streak that seems as unstoppable as the heroes themselves. The latest entry in that streak is Pennyworth, a new television drama from executive producers Bruno Heller and Danny Cannon.

Heller and Cannon are no strangers to the DC television universe. They previously developed and co-executive produced the popular Fox crime series Gotham, which concluded its fifth and final season earlier this year. With Pennyworth, which airs on the premiere cable channel Epix, they deliver a series that takes a microscope to the backstory of one of the most beloved DC characters of all time — Batman’s butler/surrogate father, Alfred.

So, what does this new series bring to the table? Nobody can answer that question better than the character himself. In a scene from Christopher Nolan’s The Dark Knight (2008), Alfred advises Bruce on how to deal with his erratic and unpredictably violent new nemesis, the Joker. “With respect, Master Wayne,” he says, “Perhaps this is a man that you don’t fully understand either.” Pennyworth takes Albert’s words and turns them back on him. You may think you know the bespectacled butler, but you don’t fully understand him. Yet.

Pennyworth introduces us to a younger, edgier version of Batman’s mentor, one whose moral compass is not yet fixed. A former British SAS soldier, twentysomething Alfred (Jack Bannon) returns to London in the 1960s hoping to start a new life, far from the nightmares of war that continue to plague him as a civilian. “I’ll have no more to do with it now, violence,” he tells his best girl, club dancer and aspiring actress Esme Winikus (Emma Corrin), on their first date. “No more. Peaceful life for me.” While living at home with his parents (a subtle nod to the millennial audience, perhaps?), Alfred takes a job as a nightclub bouncer and makes plans to build a future with Esme.

Alfred’s designs for a peaceful life aren’t meant to be. After a chance meeting with billionaire Thomas Wayne (Ben Aldridge), he finds himself thrust once again into a life of violence. In order to rescue Esme, who has been abducted off the street by mysterious kidnappers, Alfred must abduct and trade Wayne, who has stumbled upon financial evidence of a major criminal ring amongst Britain’s elite called The Raven Society. It’s a dangerous plan. Alfred doesn’t know who the bad guys are or what they might do with Wayne, only that the life of the woman he loves hangs in the balance. Much like his future protégé, Alfred doesn’t waste time pondering the right and wrong of the situation. Instead, he recruits a few old war buddies, Dave Boy (Ryan Fletcher) and Bazza (Hainsley Lloyd Bennett), to help him crack skulls.

Pennyworth’s young Alfred may not have a thirst for violence, but he does have a talent for it. Like his countryman James Bond, he coolly dispatches armed gunmen and hand-to-hand combatants with ease. Outnumbered by men with machine guns? No problem. He shoots them in the knees. An attacker with a knife? Look away, baby. This guy’s about to get his spine snapped. Meanwhile, Alfred himself dodges harm at every turn. He takes a few punches here and there, but nothing a quick blot with a handkerchief won’t fix. No, he doesn’t have superpowers, but he is powerful.

The effect of Alfred’s competence and sangfroid is somewhat chilling. But he has a moral code, of a sort: when one of his war buddies murders a criminal henchman, Alfred appears stunned and dismayed. “We’re not animals,” he chides. Young Alfred’s combination of ruthless violence and arbitrary boundaries is so pronounced that, if we didn’t already know he goes on to work for a superhero, we might suspect he could become a villain himself.

In recognition of Alfred’s talents, Wayne offers him a business arrangement — an annual contract to see to his company’s security needs as they arise. This fateful offer will transform the young man into the legendary Wayne family butler we know and love. For now, however, Alfred is acutely aware of his own low socioeconomic standing. He chafes at the idea of a life of service (like his father’s) and longs to be his own man. How does this shrewd Cockney soldier find himself, decades later, grooming Gotham’s billionaire playboy vigilante?

Pennyworth, like its titular character, doesn’t question these ambiguities (for now). Instead, it takes pleasure in subverting expectations of a familiarly gentle character. The younger Alfred is a little gritty and a little sexy. He’s dangerous and capable of casual violence, a stark contrast to the white-haired old man who begs Bruce Wayne to be cautious. You get the sense that the show really relishes the difference. See? Our Alfred kicks ass.

In the end, it’s thrilling to see a portrait of a well-known character turned on its ear. We all love to learn how someone as steady and resilient as Alfred came to be that way. The DC Entertainment Universe has created many morally ambiguous heroes, seemingly indestructible men who must learn to reconcile the good they hope to do with the violent means it demands. Alfred is a little different: more steadfast, more disadvantaged, more ordinary at the outset. But his story is as dark and gritty as any of them.

In all the Batman adaptations, but especially in Gotham, we see the grown-up versions of these characters dancing the same dance: cops and criminals, sons and fathers, good and evil. Watching Gotham, we’re forced to imagine the experience Alfred draws on when he advises young Master Bruce. On that show. Heller and Cannon delight in teasing the audience with Easter eggs of what will be once Batman grows up. Will there be direct parallels between Bruce and Alfred’s journeys, a half-century apart? It’s worth sticking around to find out.

Watch Pennyworth on Epix with DIRECTV. The first three episodes are now streaming and new episodes air Sundays at 9/8C.