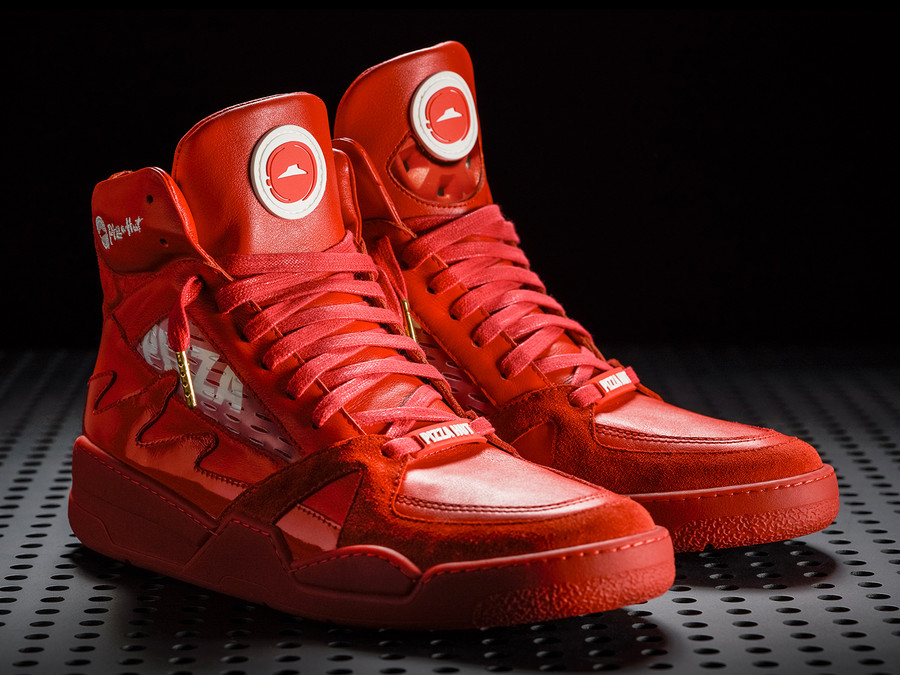 Pizza Hut’s Pizza-Ordering Sneakers Are Back

Last year, Pizza Hut created the invention you didn’t know you needed: A pair of high top sneakers called Pie Tops, which include a mechanism that allows you to order pizza while wearing them. You could be at the court with friends, playing some pick-up basketball, and order a pizza for the crew once the game is over with just a squeeze of the tongue of your sneakers. Or you could be watching the game at friend’s place, and instead of ordering online, become the hit of the party by ordering dinner with your shoes.

This year’s version of the shoe, called the Pie Tops II, which were designed by the Shoe Surgeon, is being released just in conjunction with March Madness—that time of the year when college basketball teams compete to be called the best in the country. As Food & Wine reported last year, the Pie Tops work by using Bluetooth to pair the button inside the shoe with a special app on your phone. And yes, they do actually work—you’ll be able to order two-topping medium pizzas for $5.99 using just the button inside the sneakers.

Introducing #PieTops II. One button orders pizza. Another button pauses your TV so you don't miss a thing during #MarchMadness. pic.twitter.com/wtohS3x4tV

This new version of the shoe also includes another button that will pause the game while it’s playing on your television, so that if you have to run downstairs to grab the pizza or wait for everyone to grab a slice and settle on the couch, you don’t have to miss any of the action.

Of course, the Pie Tops II are a limited-edition item: Pizza Hut is only making 50 pairs (in extended sizes to include women and teenagers, and two new colors: red and wheat to be sauce and crust chic). They’ll be released the week of March 19, and you can follow Pizza Hut on Twitter to find out how to buy a pair for yourself. In the meantime, you’ll just have stick to the good old mobile ordering app if you want your pizza.

This article was written by Elisabeth Sherman from Food & Wine and was legally licensed through the NewsCred publisher network. Please direct all licensing questions to legal@newscred.com.