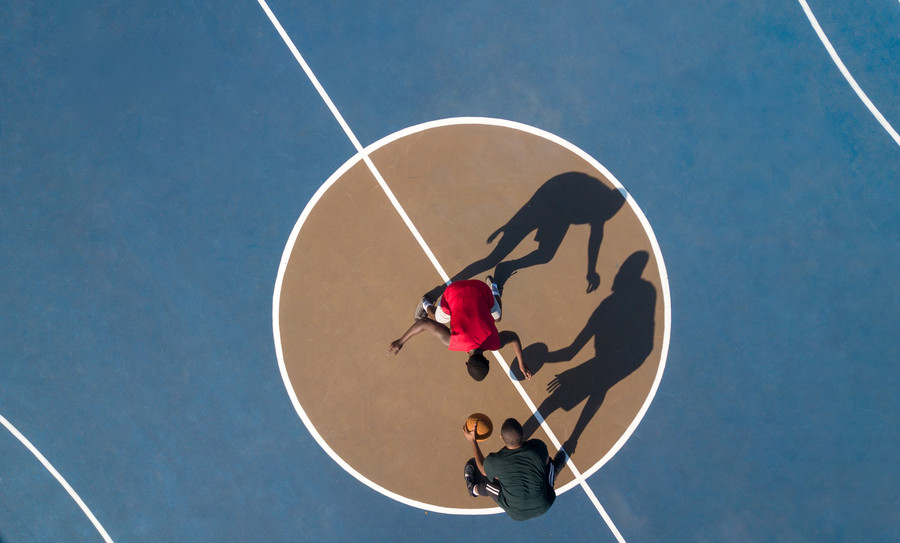 Playing Past Midnight: The Biggest Underdog Stories of March Madness

When you go to the movies to see a sports film, there is usually one consistent theme: the thing that is not supposed to happen, happens. Sometimes it’s a scrappy bunch of misfits, like in The Mighty Ducks or Major League that manages to win the big game. Other times, it’s the lone hero who never gives up and makes their dream come true, like Rudy or Rocky, the latter of whom got a real statue. Yes, America loves its underdogs.

Nowhere is this more apparent than in the NCAA’s annual March Madness tournament, where there’s essentially one fan-rule: Unless your team is in the game, root for the lower seed. If you've ever watched a game, you will know that every basket for the little guy is met with thunderous cheers, and every bracket-busting upset is met with national attention.

Here we’ll take a look back at the five best Cinderella stories of the past 20 years. There are certain parameters a team must meet to legitimately qualify as a Cinderella. First, the team has to make it to at least the Sweet Sixteen. One upset is a fluke. Two or more and you have a run worth consideration. Second, the team cannot have been favored in any of its games. After all, they aren’t much of an underdog if they are favored to win.

With that, starting from the oldest, here is the list.

The 2006 Tournament was somewhat rare in that none of the number one-seeded teams advanced to the Final Four. Duke was knocked out in the Sweet Sixteen, while Villanova, Memphis, and Connecticut were each sent packing in the Elite Eight. Regarding UCONN, who took the pleasure of dispatching them? George Mason.

Out of the Colonial Athletic Association, the Patriots entered the Tournament as an 11 seed. First matched up with Tom Izzo’s sixth-seeded Spartans of Michigan State, GM then rolled off wins against North Carolina, Wichita State, and the aforementioned one-seed Huskies, before finally falling to eventual Champion Florida in the Final Four.

Notably, George Mason was the first 11-seed from a mid-major conference to make the Final Four. Their Final Four appearance was also the first for a mid-major since 1991 when a top-seeded UNLV team made it there the year Duke won its very first NCAA Championship.

Curry’s Wildcats boasted an undefeated conference record coming into the tournament. After scoring totals of 40, 30, and 33 against Gonzaga, Georgetown, and Wisconsin, respectively, Curry became the household name of the dance. A 59-57 loss to Kansas, who ultimately won it all, in the Elite Eight, brought an end to Curry’s brilliant tournament performance, where he was named the Midwest Region’s Most Outstanding Player.

Since entering the NBA, Curry has won NBA MVP twice and led his Golden State Warriors to three NBA Championships.

At first, VCU didn’t look like an underdog. After winning a play-in game versus USC, VCU throttled its next two opponents, beating 6-seed Georgetown and 3-seed Purdue by 18 points apiece.

VCU then squeaked out a one-point overtime victory over 10-seed, and fellow putative Cinderella Florida State before handing a 10-point loss to a top-seed Kansas Jayhawks team to make its first Final Four appearance. 2011 marked the first time in tournament history that neither a number one nor number two seed made the Final Four.

VCU lost in the Final Four to 8-seed, tournament runner-up Butler, who almost certainly would have VCU’s place on this list, had they not been favored, ever-so-slightly, to win in their first game.

Yes, Florida Gulf Coast exists. It’s a thing. It also boasts one of the best tournament stories in history.

In just its second season of Division I eligibility, the 15-seed, Atlantic Sun Conference winning Florida Gulf Coast Eagles made their very first NCAA tournament and did not disappoint.

In the opening round, Florida Gulf Coast, employing an entertaining, above-the-rim style that earned them the nickname “Dunk City,” became just the seventh 15-seed to beat a 2-seed after completing a 10-point victory over Georgetown, but made history by becoming the only 15-seed to advance to the Sweet Sixteen after another 10-point victory over 7-seed San Diego State.

The first person anyone thinks about when they hear Loyola Chicago is not a player or a coach. It’s Sister Jean, Loyola Chicago’s nonagenarian chaplain and apparent good-luck charm. Her presence on the sidelines became a fixture of the tournament, with bobbleheads and signage present at every game.

And speaking of the games, the 11-seed Ramblers won their first three tournament games by a combined four points, including a one-point victory over 3-seed Tennessee. They also had a little luck on their side, avoiding any other top-five seeded teams before facing another 3-seed in Michigan in the Final Four, where their joyous and compelling ride ended.

As a side note, Sister Jean has since celebrated her 100th birthday.

Which team will be the next Cinderella? The smart money says a team you’ve never heard of.