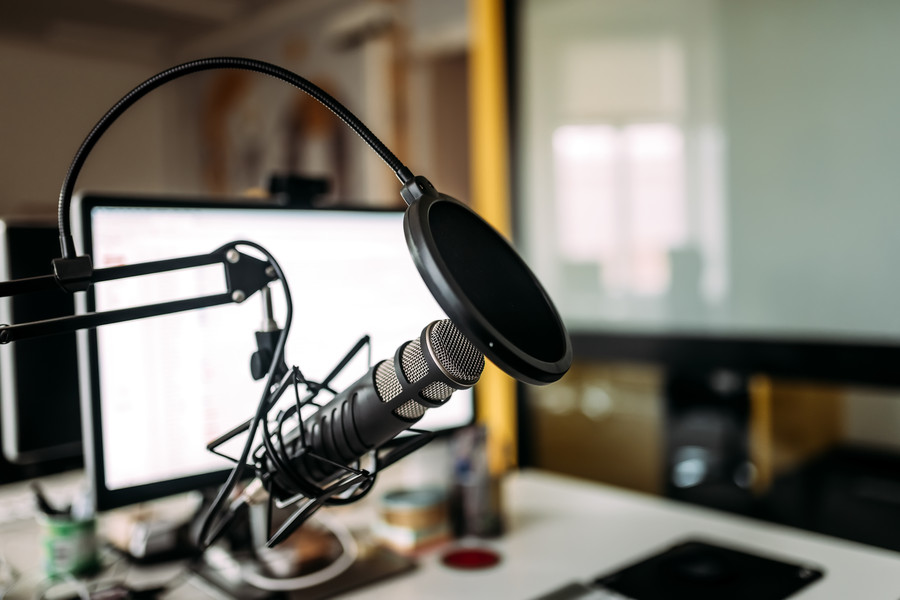 The existence of the Academy Award for Best Writing Adapted Screenplay is a shining example of how prevalent book-to-movie adaptations really are. Similarly, HBO’s "Game of Thrones" wouldn’t have been able to draw 19.3 million TV viewers without George R. R. Martin's source material—not to mention its established base of fervent fans. But a sea change is underway in the entertainment world as a growing number of podcasts are being adapted into critically-acclaimed television series and flicks.

It’s no secret that global audiences are currently ravenous for content. In the United States, for instance, almost 20 percent of TV time was dominated by streaming services, with Netflix leading a growing pack of providers.

In the rush to satiate content-hungry appetites, the HBOs and Primes of the world are looking for ways to scale their libraries economically, and to differentiate themselves in an increasingly crowded market. Anyone who’s subscribed to Netflix, Hulu, HBO, Disney+, and Amazon Prime Video knows just how crowded it’s really gotten.

Podcasts meanwhile are established properties with built-in audiences whose numbers sometimes rival popular TV series, making them a valuable target for talent scouts on the hunt for new content. ‘Lore,’ a horror podcast that eventually made its way onto Amazon Prime, was drawing in 5 million listeners a month in its heyday. The much-beloved "S-Town" grew to blockbuster proportions, seeing 16 million downloads in its inaugural week. And with 700,000 active podcasts and 150 million dedicated podcast listeners, the trend of podcasts becoming films and serialized TV likely isn’t going anywhere.

The podcast adaptation is here to stay

Netflix, Amazon, the USA Network, Peacock, Paramount TV, and even Facebook Watch are all getting into the podcast bonanza. And can you blame them? Type in queries like ‘podcasts turned into TV’ or ‘podcasts movies’ into your favorite search engine, and you’ll see that any of them shun podcasts at their own risk.

Here are just a few of the most noteworthy podcast-to-TV adaptations either in development or already on the streaming giants:

A podcast series exploring Christopher Daniel Duntsch’s slew of infamous malpractice cases is making its way over to the Peacock streaming service and has big-name actors like Jamie Dornan, Alec Baldwin, and Christian Slater attached. Considered by many to be one of the scariest podcasts devised, it’ll surely scare a new wave of audience members into fandom status when it hits the silver screen.

Gimlet Media’s first scripted podcast series is returning for a second season and has garnered rave reviews, having been nominated for a handful of Golden Globes and Emmys even. The psychological thriller provides a glimpse into adapted-from-podcasts television as it wields real star power like Julia Roberts and has been a critical darling since arriving on the scene.

This podcast has become another key player in the spooky space has been in the development process for some time now, and should be making its way to FX soon. Based on the bi-monthly podcast that provides community updates on the mystery-laden town of Night Vale, the show could have the potential to attract a dedicated contingent of suspense-junkies.

This supernatural-laced podcast was swooped up by NBC and should be available for streaming soon. The podcast series documents the exploits of paranormal investigator Dr. Strand and will be brought to the streaming world by ‘Emerald City’ creator Matthew Arnold, who has a track record of producing the kind of ominous entertainment that first drew fans of ‘The Black Tapes’ to its episodes.

While TV adaptations are currently dominating the podcast scoop-up, Hollywood is playing catchup, optioning rights to hit audio series left and right, including the Richard Linklater-attached "Reply All" and a movie version of the aforementioned "S-Town." And that number will surely rise as more viewers flock to podcast movies. For those with a few hours to kill, some other movies based on podcasts that are already available for viewing are "The Farewell," "Tusk," and "Come Sunday."

Humans have been adapting source material for the big and small screens since the late 1800s and early 1900s, when the novels "Robinson Crusoe," "Gulliver’s Travels," and "A Christmas Carol" first hit the silver screen. But with consumer preferences evolving and a hot medium available, that’s growing apace with the streaming giants in terms of scope and variety, it appears that podcasts are primed to become the go-to source material for the movie and TV industries. And audiences everywhere are better for it.