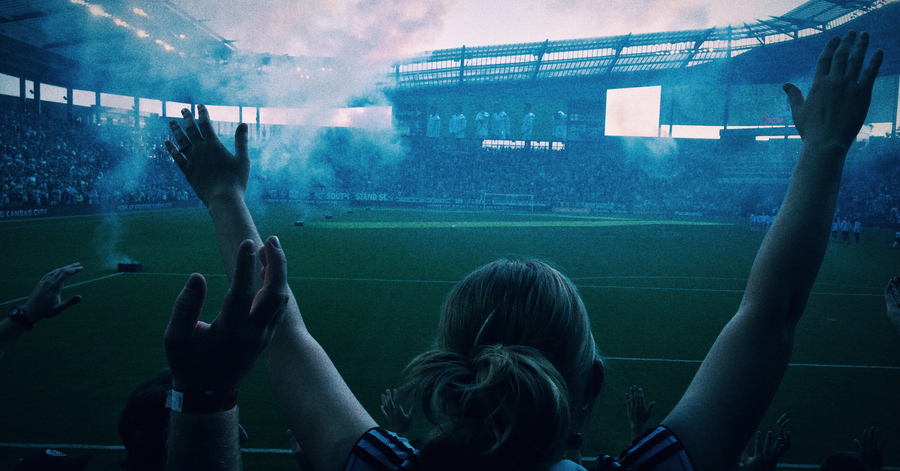 Predictions: Who Will Ruin Your 2018 World Cup Bracket

The 2018 FIFA World Cup brackets have been set, the rosters are being finalized, and it's time to start preparing your trash talk for fans of other teams. Defending champion Germany, a vengeful Brazil, and the last of Spain's golden generation are the pace-setters. But despite the star players and betting favorites, the element of surprise is always an inherent component of the competition.

In an international field of 32 that only comes together every four years, there’s bound to be a breakthrough nation during the group stage or single-elimination rounds that obliterates expectations. In 2014, Costa Rica infiltrated the quarterfinals much to the surprise of the football world. James Rodriguez assumed all-world striker Radamel Falcao's prolific goal-scoring opportunities for a surging Colombia team and became an international darling. There were also the letdowns as Germany stuffed host Brazil into a suitcase in a 7-1 quarterfinals win. However, even fewer expected to witness Spain, winner of the past three intercontinental tournaments (Euro 2008, the 2010 World Cup and Euro 2012) getting humiliated by Chile before the knockout round of 16.

Although it's impossible by nature to predict an upset, here are the nations we most expect to shake up football's global order and deliver a few surprise twists during the upcoming World Cup:

1️⃣4️⃣ DAYS TO GO! Meet #Zabivaka - the 14th FIFA #WorldCup mascot! Do you like him?

FIFA and the World Anti-Doping Agency recently cleared the Russian national team of alleged doping violations, however, being the host nation in the World Cup is the ultimate super-serum formula. Ranked 65th in the world by FIFA, Russia was automatically qualified for the World Cup as the host nation. Russia was also given one of the best draws in the World Cup, which could help the team exceed expectations. However, if they escape a group that consists of Egypt, Saudi Arabia, and Uruguay, they may run up against Euro 2016 champ Portugal or a Spain squad trying to win its fourth intercontinental tournament since 2008.

Uruguay: Taking A Bite Out of the Competition

Uruguay’s attack is one of the most robust in the tournament. La Celeste is also one of the steadiest national teams, having retained Óscar Tabárez as their manager for the past 12 years. Under Tabárez, Uruguay has been known for its sturdy defense and an ability to limit shot on goal opportunities. However, the current team is more willing to go on the offensive, which plays to the strengths of its attackers.

At 31, striker Luis Suarez is no longer at his peak, however he did score 25 goals last season with Barcelona. He'll be on a redemptive streak as his last World Cup ended ignominiously, after he sank his teeth into Italian player Giorgio Chiellini as if he were a lasagna.

Senegal: Back In That World Cup Groove

Senegal stormed through the Confederation of African Football qualifying portion unbeaten. Coming off a strong Champions League Finals performance, Liverpool star striker Sadio Mane is the talisman for Senegal’s national team. The Lions of Teranga are participating in their first World Cup since 2002 and come in at 27th in FIFA's world rankings, but it's been 16 years since Senegal last shocked the soccer world and advanced to the final eight, so they might be due for another streak. Centre-back defender Kalidou Koulibaly is one of the best defenders in Italy's Series A league, and Idrissa Gueye is brilliant in the midfield for Everton in the Premier League. If Senegal advances, they'll have a very manageable matchup. In fact, finishing second in Group H could set Senegal up for a very favorable path devoid of strong contenders into the semifinals.

Geography matters in the World Cup. Poland making a deep World Cup run would be reminiscent of Argentina marching to the final in Rio de Janeiro, or Italy and France crossing their border with Germany and staging a run to the Final.

The host nation will obviously shoulder major expectations, however, neighboring Poland is the superior football team in their return to the World Cup after 12 years. They’ve given the world a preview, quietly reaching the Euro 2016 quarterfinals, before getting eliminated on penalties by the eventual champion, Portugal. Striker Robert Lewandowski and winger Jakub Blaszcykowski are the anchors of Poland's 23-man World Cup unit. Lewandowski is in peak form after scoring a European-record 16 goals during qualifying. Poland can catapult deep into the knockout phase if Lewandowski delivers a few balls into the back of the net during the early rounds.

👀 We are on one of the covers of @sportsillustrated World Cup preview. #fyririsland

A post shared by Knattspyrnusamband Íslands (@footballiceland) on May 29, 2018 at 6:57am PDT

There are other long-shots who could tip the natural order. Iceland is the smallest nation to ever qualify for a major international tournament. Their first major tournament was Euro 2016, and this marks their World Cup debut. If they can match their Euro Cup showing, it will be a major coup for Iceland. Their draw with Portugal and a win over England in the round of 16 proved they can hold their own, however this time around they're likely here for a good — not a long — time. But with nothing to lose, they could be the butterfly effect that results in a shake up if they can do any damage in a group that consists of Croatia, Nigeria and Argentina.

Part of the fun is that there is no certainty in the World Cup. We often see the rise of burgeoning national teams and flailing powerhouses. There are far too many variables involved for immaculate predictions; all we can do is brace ourselves (and figure out ways to stream games at work). Over the course of a month, controversial refereeing, a few fateful bounces of a ball, and the idiosyncrasies of 736 players will create entertaining chaos.