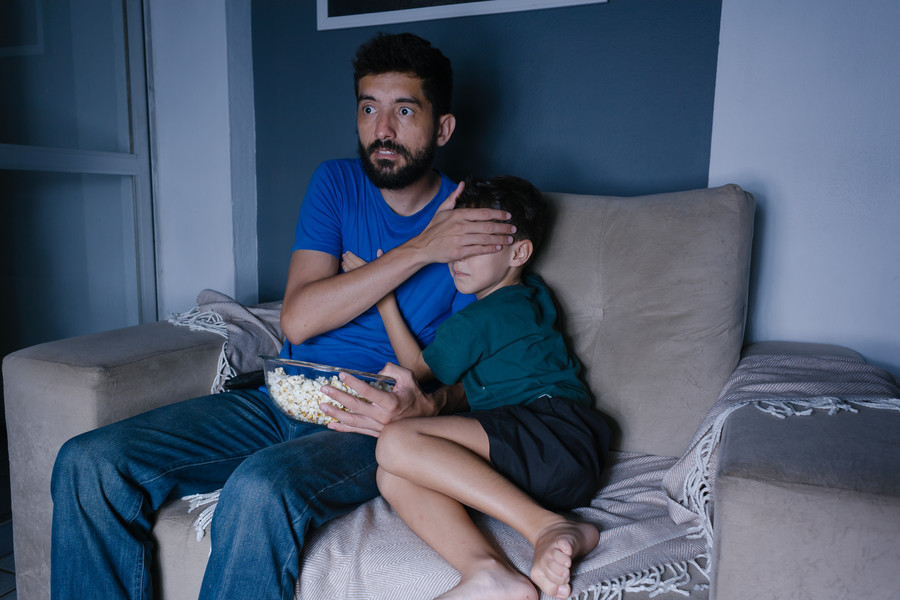 Beginning in the early 1980s, Steven Spielberg was reaching the apex of his influence as the preeminent filmmaker of his generation. During the summer of 1984, Spielberg’s Amblin Entertainment would produce “Gremlins," an unexpected hit that would transform the film industry.

Spielberg had already dominated box offices in the '80s at the helm of family-friendly classics with “E.T.,” and “Indiana Jones: Raiders of the Lost Ark.” Both films were the highest-grossing films of the decade. However, “Gremlins” caused more of an upheaval in the industry than either film.

Because "Gremlins" was released the same weekend as “Ghostbusters,” another black comedy-horror gem, it is often unheralded, despite winding up as the year’s fourth highest-grossing film. Adjusted for inflation, "Gremlins" earned over $400 million, making it the highest-grossing feature film to never reach No. 1 at the domestic box office.

“Gremlins” advertised itself as a wholesome film in the same vein as “E.T.”  Its original trailer also previewed it as the chronicles of adorable mogwai from the Far East who is brought to America as a Christmas gift and bonds with a teenager. The gremlins are never shown on-screen during the trailer but are hinted at.

Yet, what begins as a wholesome Christmas story about an adorable owl-like mogwai named Gizmo morphs into a morbid dark comedy-horror when Ben (Zach Galligan) breaks two of the three rules he was warned not to violate. First, Gizmo involuntarily spawns clones when water is spilled onto its fur. Second, after they trick Ben into feeding them after midnight, those clones emerge from their cocoons as depraved, clever sharp-toothed creatures who wreak havoc throughout Kingston Falls.

Once this gremlins transformation takes place, the tone of the film shifts completely: The foreboding energy is modified into terror when Mr. Hanson is immediately attacked and then killed off-screen by his recently transformed gremlin. In one particularly disturbing sequence, Ben’s mother repeatedly stabs a snarling gremlin in self-defense, then stuffs another into the microwave, where it explodes into a soupy amorphous blob.

Of course, it could have been worse. In fledgling screenwriter Chris Columbus' original script, Billy’s dog was destined to become gremlin chow while Billy’s mom was fated for decapitation, her head ignominiously rolling down the stairs. Those ideas were toned down, yet despite the neutered script, a litany of grisly elements slipped through the cracks.

In the midst of their predicament, Phoebe Cate’s character delivers a monologue that reveals why she hates Christmas — it's a doozy of a macabre anecdote about a corpse in a chimney. Not only does it spoil the secret about Santa in what must have sent masses of children to therapy appointments, but Cate's delivery simultaneously elicits gasps of horror and inappropriate muffled laughter. According to the director, Joe Dante, the Santa’s-corpse-stuck-in-a-chimney story was written to symbolize the film’s duality as a twisted dark comedy.

The disconnect between what the film moviegoers thought “Gremlins” would be and the final product's depictions of macabre humor and violence made it a controversial picture. Two months after “Gremlins” was released, Spielberg’s “Indiana Jones and the Temple of Doom” garnered similar criticisms.

Both Spielberg films brought a conundrum to the forefront; In 1984, there were only two rating certificates for films, PG and an R-rating for more mature content. In response to the "Temple of Doom" and "Gremlins" backlash, Spielberg suggested the advent of a new designation for films, aimed at more mature teens, to the president of the Motion Picture Association of America.

"I remember calling Jack Valenti and suggesting to him that we need a rating between R and PG because so many films were falling into a netherworld, you know, of unfairness. Unfair that certain kids were exposed to 'Jaws', but also unfair that certain films were restricted, that kids who were 13, 14, 15 should be allowed to see,” Spielberg told Vanity Fair in 2009. It was then that Spielberg proposed the solution to a problem he’d become the scapegoat for.

“I suggested, 'Let’s call it PG-13 or PG-14, depending on how you want to design the slide rule,' and Jack came back to me and said, 'We’ve determined that PG-13 would be the right age for that temperature of movie.' So I’ve always been very proud that I had something to do with that rating."

Modern filmmaking is a copycat business model and in the ensuing years, a slate of “Gremlins” knock-offs descended upon movie theaters. "Critters", "Munchies" and "Hobgoblins" were among the films made in the image of “Gremlins”, with varying degrees of success.

Nearly a decade after the more satirical sequel, “Gremlins 2” bombed, Furbys became one of the most popular toys in the country. It wasn’t long before industry insiders noticed the familiarity in the design. Ultimately, a private settlement was agreed upon between Hasbro and Warner Bros., resulting in the release of a special limited-edition Gizmo-Furby hybrid toy.

For the filmmakers involved, “Gremlins” was a precursor to the rest of their careers. Director Joe Dante would go on to make “Small Soldiers”, a PG-13 action movie about living toys hellbent on destruction. Meanwhile, the progenitor of “Gremlins”, Chris Columbus, proceeded to direct or write future PG-13 classics such as “The Goonies”, the first two Harry Potter adaptations as well as “Home Alone” and “Home Alone 2”, which all featured adolescents tasked with outwitting adult antagonists.

In 2020, WarnerMedia announced that “Gremlins” would be revived as an animated series exploring the origins of Gizmo and giving the franchise a platform to influence a new generation of youth...for better or worse.