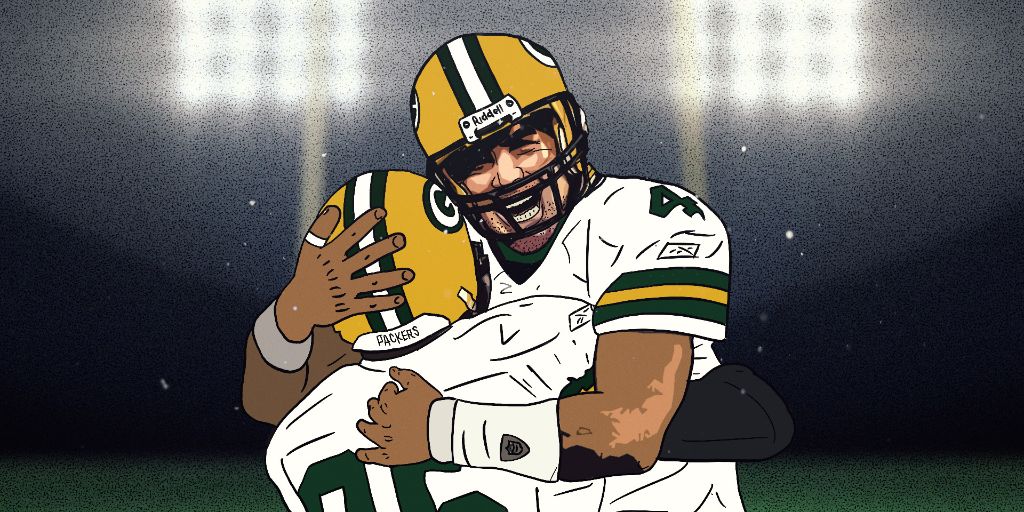 Sixteen years ago, just three days before Christmas, Brett Favre delivered one of the most memorable performances of his career as quarterback for the Packers. Favre’s feat was all the more remarkable given that he was playing through unimaginable pain: his father, Irwin, had died suddenly the night before the game.

Fueled by shock, heartbreak, and resilience, Favre pulled off a Monday Night Football miracle less than a day after losing his dad. That December 22, 2003 game remains a highlight in the Hall of Famer’s career, a Christmas sports story for the books.

The night before, Irvin Favre died in a tragic car accident after suffering a massive heart attack behind the wheel. The news came as a shock. Anyone would be forgiven for taking a day off. But Irvin’s son said that the decision to play in the game was an easy one.

The Packers’ then-quarterback coach, Doug Pedersen, still remembers Favre’s big decision. “He comes down in the midst of just losing his father, he tells the 53 men in the locker room and all the coaches, he’s got our back,” Pedersen said. “You could have heard a pin drop in that room.”

The Packers needed the game for their divisional and postseason hopes to bear fruit, but to hear Favre tell it, he needed to play in the game just as much. After Favre decided to play, his performance entered a space which, afterward, he would suggest was made possible through “divine intervention.” Favre, known more for his gunslinging than his accuracy, started the game with nine straight completions, including two touchdowns.

By the second touchdown, the announcers were at a loss for words.

The legendary John Madden explained it this way: “He’s doing it because he’s Brett Favre.”

Favre was incredibly nervous before the game. But he was quickly comforted by his wide receivers, who made spectacular catch after spectacular catch to give Favre what would be the game of his life. Jevon Walker made multiple grabs in double coverage, including one deep throw that he caught in the midst of three Raiders defenders.

The first deep ball was a long pass to Robert Ferguson, who made an incredible catch on a night when the Packers receivers were already bringing down everything Favre threw up.

“I talked to the receivers before the game: Anything he throws us, we have to catch,” receiver Donald Driver said. “I don’t care if it’s behind, or [if] you got to climb the ladder and jump on a guy’s shoulders. [We’re] going to catch the ball.”

To add to the miracle: a normally hostile environment at the Oakland Coliseum was cheering for Favre and the Packers. Back then, “the Black Hole” was known for sucking the life out of visiting opponents. But on that December night, the Oakland Raiders faithful were moved by a generous spirit and became a beacon for Favre, cheering him on in a show of sports-fan unity worthy of a holiday beer commercial (or, dare we say it, a Coke commercial).

“The Raider fans, as brutal as they could be, cheered for him and gave him a standing ovation,” kicker Ryan Longwell reported. “That may have been the greatest play of the whole game.”

Favre would finish the game with one more deep ball to Driver, who caught it in double coverage to cap off the best game of his quarterbacking career. He was 22 for 30 on the night for 399 yards, four touchdowns, and a 154.9 perfect quarterback rating, something Favre never achieved again. While the ending with the Packers and Favre was far from storybook, his many fans can still look back on something priceless.

Listening to the game calls now, Al Michaels and Madden were the perfect duo, giving Favre the appreciation he richly deserved. As the game drew to a close, Michaels knew what he was witnessing was more beautiful than fiction.

“You bring this script to a studio and they throw it out,” Michaels observed.

Favre would have more shining moments in his career, including some big playoff games, but arguably no triumph was greater than December 22, 2003. Many years later, Favre still believes that the game had a special aura because of his father.

“Under perfect circumstances, I’ve never been able to do what I did in that game.”

Holiday-season sports can be truly magical. Don’t miss a moment with DirecTV.