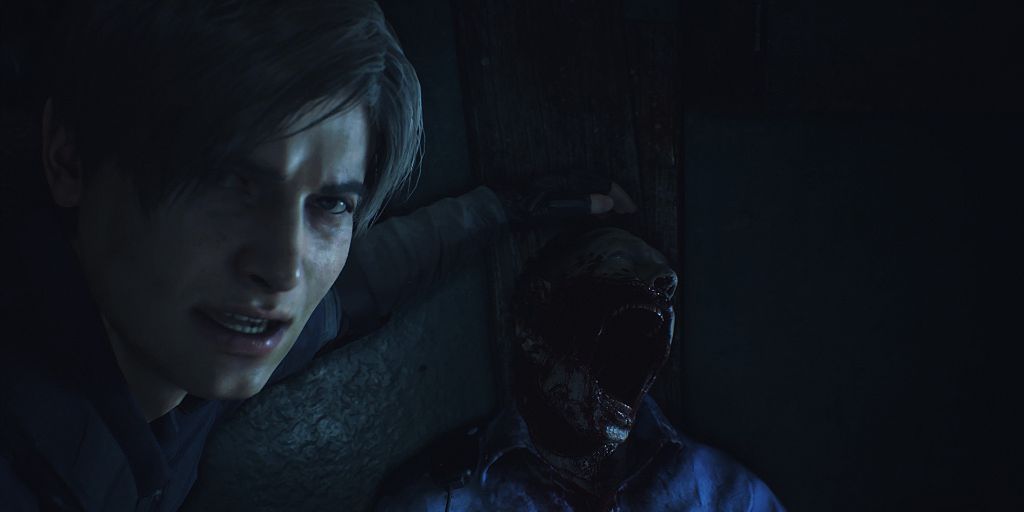 Forget horror movies. Gaming is the way to go if you want to be scared out of your wits, especially when it comes to survival horror, a sub-genre where players struggle to stay alive and fight back against terrifying monsters. How can you push them back if you're on your last legs? That's the allure: feeling helpless while waiting to be devoured by the enemy. One series, in particular, did an amazing job of bringing that harrowing feeling to life.

Capcom's zombie-centric opus, Resident Evil, is now essentially synonymous with survival horror. If you've ever rounded a dark hallway in a game or crept through a creaky old door, waiting for a monster to pounce, you owe thanks for that suspenseful style of gameplay to the original Resident Evil, which debuted all the way back in 1996.

Originally a PlayStation exclusive, Resident Evil, or Biohazard as it's known in Japan, was originally meant to be released as a first-person shooter, but it was changed to third-person after several different iterations. It took place in a fictional midwestern town called Raccoon City, where a group of special agents of S.T.A.R.S. (Special Tactics and Rescue Service) Alpha Team were meant to explore Raccoon Forest in an effort to recover Bravo team. Alpha included the iconic duo of Chris Redfield and Jill Valentine, as well as Captain Albert Wesker, Joseph Frost, Brad Vickers, and the infamous Barry Burton.

The team manages to discover a creepy old mansion out in the forest, and there they realize they may have gotten themselves into more than they bargained for. Players start exploring the terrifying game, and it's a powerful moment as the STARS team enters the mansion. What unfolds from there is an exemplary horror gaming experience that would go on to define the genre.

As players enter the mansion, a few things become apparent. Some of the environments are pre-rendered, but the characters themselves are fully 3D, meaning you'll see them move about each area. You can take control of either Jill or Chris, but no matter which one you choose, you're still facing the same threats: never-ending hordes of zombies, infected with a virus that turns them into raging, rabid flesh-eaters.

Sure, you're armed. But not to the teeth. Resident Evil saw fit to ensure players would have to search every new area for a handgun or a better weapon, then bullets and ammo as well. And simply traversing the mansion trying to find a way out of the nightmare wouldn't do. There are puzzles waiting around every corner. Perhaps you need an emblem to open a door. Maybe you need to find the right key to progress. These additions make it so that players need to pull themselves together despite being chased by the shambling undead to figure out the puzzle—or else.

The result is a massively suspenseful game connected by a variety of different set pieces: pre-rendered scenes to set the narrative, carnage at every opportunity, and even multiple endings so that the game's replay value was higher once you'd completed the nerve-wracking main game the first time. Though the original Resident Evil's script and voice acting left much to be desired, all of these aspects combined to make one of the most exciting exercises in horror the gaming world had ever seen.

The combination of slow, uneasy tension, challenging puzzles, monsters, and atmospheric thrills made for something special in the Resident Evil series. It was so special, in fact, that the formula slowly began to permeate other games in the genre. If you're a fan of Silent Hill or one of the many similar titles that showed up in the years following Resident Evil's debut, you have this absolutely terrifying, long-running saga to thank for defining the survival horror genre—and for teaching us to hold our breath when opening creaky doors.

We're closing out Hispanic Heritage Month and welcoming Halloween with ...