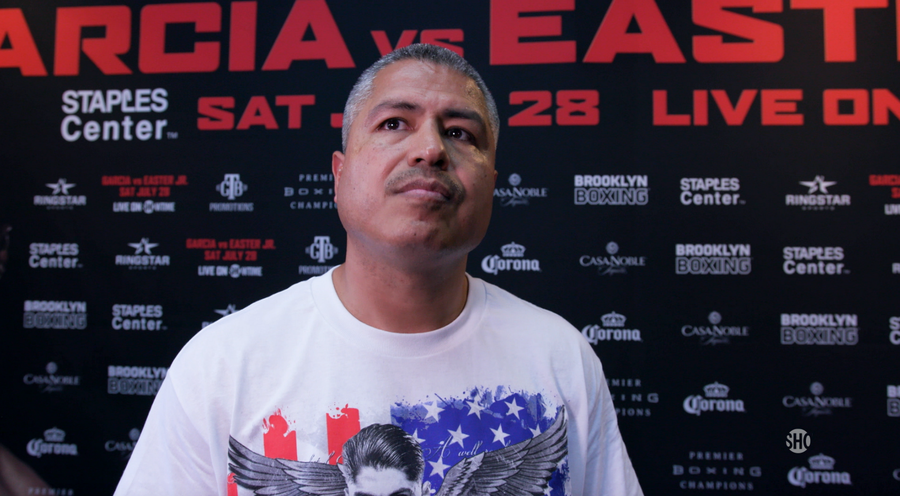 WBC Lightweight champion Mikey Garcia (38-0, 30 KOs) is trained by his brother Robert Garcia, notable in his own right as a former IBF Super Featherweight titleholder. But the elder Garcia has also established a reputation as one of the best trainers in the business, having shepherded such terrific fighters as Nonito Donaire, Marcos Maidana, Fernando Vargas, Antonio Margarito, Christopher Algieri among many others. Garcia talked with SHOWTIME ahead of his brother's title unification bout with IBF Lightweight titleholder Robert Easter, Jr. (21-0, 14 KOs). Catch all the action July 28th on SHOWTIME CHAMPIONSHIP BOXING and DIRECTV.