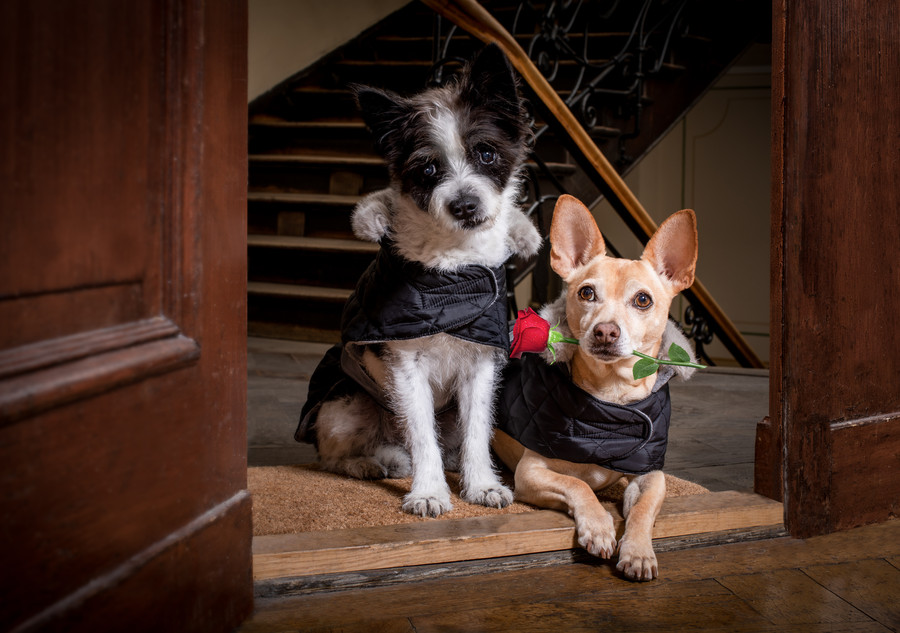 A Trip Through Rom-Com History

When times are stressful and the road ahead looks uncertain, there are few diversions more soothing than a romantic comedy. It’s a film genre that’s uniquely comforting: The lovers will always meet at the beginning, and no matter what troubles the plot holds for them, they’ll always wind up together in the end. And if they trade witty barbs and get into some shenanigans along the way? Well, that’s just gravy. We dug into HBO Max’s extensive catalog to take you on a journey through 80 years of rom-com history, from Hepburn and Grant to Wu and Golding.

For better or worse, Howard Hawks’s 1938 screwball comedy classic basically invented the trope of the manic pixie dream girl. Katharine Hepburn stars as Susan Vance, an eccentric heiress who, in short order, adopts a pet leopard and falls for a hapless paleontologist (Cary Grant) who just wants to find a missing Brontosaurus bone. The production took longer than planned, partially due to the fact that Hepburn and Grant couldn’t stop cracking each other up during takes, which were often highly improvised. Even 82 years later, “Bringing Up Baby” remains one of the funniest films in Hollywood history.

Based on Philip Barry’s 1939 play starring Katharine Hepburn, “The Philadelphia Story” marked the actress’s triumphant return to the big screen after her brief foray into Broadway. And what a comeback it is — an all-star love quadrangle between socialite Tracy Lord (Hepburn), her ex-husband (Cary Grant), and a tabloid reporter (Jimmy Stewart) on the eve of her wedding to another man. Donald Ogden Stewart’s clever, erudite screenplay is only outdone by the crackling chemistry between the film’s three charismatic leads.

“Singin’ in the Rain” is widely regarded as one of the best movies of all time because it’s quite frankly the full Old Hollywood package: stunning song-and-dance routines (you know the big one), a laugh-out-loud funny script, and a killer supporting cast (Donald O’Connor and Jean Hagen). But it’s the enemies-to-collaborators-to-lovers romance between silent film star Don Lockwood (Gene Kelly) and chorus girl Kathy Selden (Debbie Reynolds) that’s the beating, tap-dancing heart of Kelly and Stanley Donen’s musical classic, as the two quite literally dance around each other before finally coming together.

There’s never been a more compelling argument for May-December romance than “Harold and Maude.” Colin Higgins and Hal Ashby’s pitch-black, sweetly tragic comedy charts the unlikely love affair between Harold (Bud Cort), a 20-year-old rich kid who can’t stop faking his own death, and Maude (Ruth Gordon), a 79-year-old woman who lives life to the chaotic fullest. With its nihilistic sense of humor and an iconic soundtrack by then up-and-comer Cat Stevens, “Harold and Maude” is a cult classic for the ages — and a compelling argument for the idea that true love can be just as strange as the people who fall into it.

It’s a matter of open debate whether or not men and women can be friends, but there’s one thing most of us can agree upon: “When Harry Met Sally” is the most perfectly crafted rom-com of all time. Writer Nora Ephron and director Rob Reiner, two masters of their craft, put a lot of themselves in Harry Burns (Billy Crystal) and Sally Albright (Meg Ryan), reluctant acquaintances who slowly grow in and around each other’s lives like creeping vines. Between its hilarious, infinitely quotable script, its minutely rendered central performances, and its images of Manhattan in all its swoony splendor, “When Harry Met Sally” is a slow-burn romance for the ages.

It’s basically impossible to resist Meg Ryan and Tom Hanks in a Nora Ephron movie. “You’ve Got Mail,” which came out five years after the three collaborated in “Sleepless in Seattle,” feels very of its time — obsessed with the rise of AOL and big-box book outlets, which are both now well into their declines. But the tale of two rival bookstore owners who don’t realize they’re falling for each other’s secret online personas (an update of Miklós László’s 1936 play “Parfumerie”) makes for a compelling romance-between-enemies no matter the era; you just might have to explain to any Gen Z kids in the room what that modem sound means.

Penned by British rom-com royal Richard Curtis, “Notting Hill” brings together two stars who were both at the top of their game in 1999 — the all-American Julia Roberts and the perfectly English Hugh Grant. Roberts plays Anna Scott, a Hollywood A-lister who falls for Grant’s Will Thacker, a soft-spoken, floppy-haired bookstore owner in West London. The course of love doesn’t run smoothly for the pair, as they must contend with Anna’s fame and Will’s recent divorce; but the fun of this film lies in watching them try to make it work anyway.

To watch “Amélie,” Jean-Pierre Jeunet and Guillaume Laurant’s swoon fest, is to experience the sensation of falling in love by proxy. We’re there every step of the way with Amélie (Audrey Tatou), a kind-hearted, isolated Parisian woman who makes it her mission to help people around her in small ways. Along the way, she meets Nino (Mathieu Kassovitz), a fellow lonely traveler who she begins to pursue in her own sidelong way. With its quirky sense of humor, fairy tale aesthetic, and accordion-inflected soundtrack, “Amélie” is French romance distilled and bottled.

Based on a 1950 film starring Sir Alec Guinness, “Last Holiday” is an over-the-top movie that shouldn’t work but totally does. That’s 200% due to the megawatt charisma of Queen Latifah in the role of Georgia Byrd, a retail worker who gives her life a radical glow-up after she finds out she has weeks left to live. She heads to a luxury hotel in the Czech Republic, where she proceeds to have the time of her life and charm the pants off of everyone she meets. Though there is a love interest (played by LL Cool J), the true romance of “Last Holiday” is between Georgia and herself — which is a message we could all stand to see.

Chinese-American New Yorker Rachel Chu (Constance Wu) gets the surprise of her life when she travels to Singapore with her boyfriend, Nick Young (Henry Golding), only to discover that his family is deliriously wealthy. There are a lot of reasons to love Jon M. Chu, Peter Chiarelli, and Adele Lim’s novel adaptation: It’s got a powerhouse cast, lavish production design, and is equal parts dreamy escapism and a shrewd reality check. But most vitally, “Crazy Rich Asians” broke a major representation barrier for actors of Asian descent and showed that not only is the rom-com not dead in the age of modern blockbusters. It’s thriving.