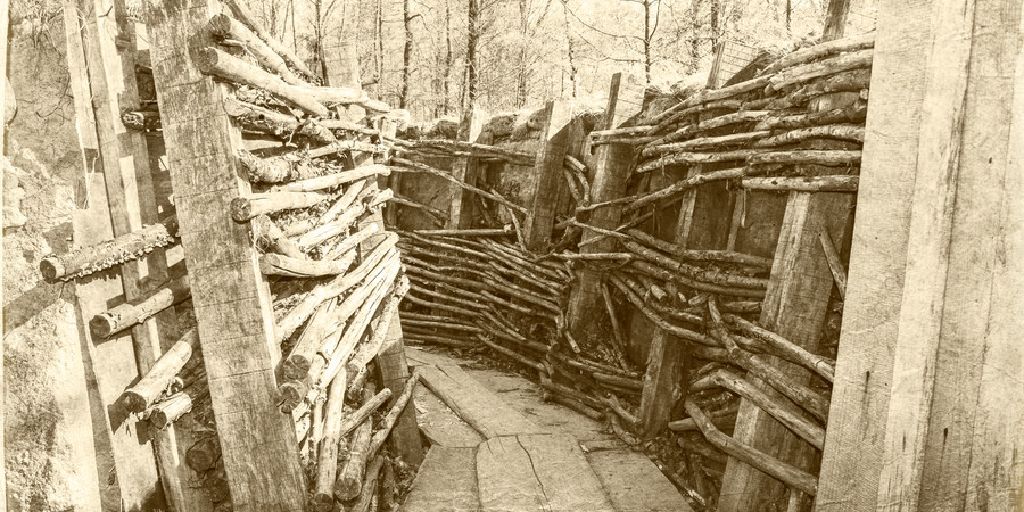 A late entry in the Oscar stakes, the British director Sam Mendes’s new film “1917,” out Christmas Day, is the story of two young soldiers during World War I. At the beginning of the movie, which appears to have been forged from a single shot and takes place in real time, two young British men are assigned to take a message across a no-man’s land: They must travel to new front lines, warning another advancing battalion of a trap set by their German foes, who have not retreated as it appears, as the men at the front think. If the message arrives by dawn, the battalion might be saved from their ill-considered charge. If it does not, many soldiers are likely to die, including the brother of one of the messengers.

The film is, in essence, the story of that quest, as two young military men (played by Dean-Charles Chapman and George MacKay) forge their way ahead across the lethal wasteland of northern France, past dead horses and human corpses, through bombed-out villages and past German trip-wires and other perils. Although the screenplay, which Mendes wrote with Krysty Wilson-Cairns, is fictional, the idea for the movie came from a family story told by Mendes’s own paternal grandfather, Alfred Mendes, himself a writer and a veteran of the war.

The following is an edited transcript of a conversation with Mendes.

Q: So who was Alfred Mendes?

A: He was a novelist and a loquacious theatrical storyteller with a booming voice — he would use his hands repeatedly. He told a story of a man carrying a message across no-man’s land. He gave me the image of a man alone with a message in that vast wasteland, and then I embellished the story. What if that man had to keep going? What if he had to keep going?

Q: Much of the film takes place in the trenches.

A: My grandfather remembered the mud of the trenches and how he could never get his hands clean. All of the trenches were different. Some were pre-planned, some were properly engineered with concrete. In Belgium, they were dug in chalk, like a maze or an anthill. People forget that you had to climb up to ground level in order to look around. And when you went from trench to trench, you were moving from one world to another.

Q: The war is famous for sacrificing lives for pointless advances in yards.

A: I don’t think anybody still thinks the war was a good idea. Really, it was unimaginable idiocy. A war of paralysis. Millions of men died over 200 yards of land. It was a catastrophe on a mythically huge scale, redrawing the boundaries of Europe.

Q: At various points in the film, the landscape feels like a Beckettian nightmare, a real place and the internal environment of a video game.

A: There’s a staggering amount of imagination and skill that goes into the world of video games, but they don’t ask for an emotional investment from you. You tense up playing video games. I wanted to create a constantly shifting relationship between the camera, the landscape and the characters. I believe you have to live in a space, and then pull the audience in with you. Really, there is another character in the movie and that is nature. In war movies, there always is the danger of mud, mud and more mud. I wanted to move the audience through multiple atmospheres. This is the spring of 1917. The leaves are coming back. The rivers are coming back with fresh rain. Nature is talking.

Q: And the Beckettian nihilism?

A: I did make a Beckettian movie when I made “Jarhead” (2005). That was a movie about waiting. I think of “1917” as a much more active film, although the iconography of the First World War was very much present in the theater of the absurd.

Q: The film is set in real time.

A: I just wanted the audience to experience the two hours like the characters experienced it. I want people to live through it with them. You can’t jump space or time, and that means you watch the film in a different way.

Q: And there is an illusion of a single shot.

A: Yes, people keep talking to me about that and asking how we did it. But I don’t want people thinking about how it was shot. You know, it is editing that is the real gimmick. Cameras used to be heavy and the film ran out. But that’s not true anymore. We’ve endlessly pushed the belief that editing gives us excitement. There has not been a commensurate movement in the other direction.

Q: I think the film surely captures that moment in history when mechanization first seemed to really threaten humanity on a mass scale.

A: Yes. This was the time when industry entered war. You could easily kill with machines. But there still was no way of communicating with other people. Except, that is, through your weapons. And by sending a message with a man.

This article was written by Chris Jones from Chicago Tribune and was legally licensed via the Tribune Content Agency through the NewsCred publisher network. Please direct all licensing questions to legal@newscred.com.