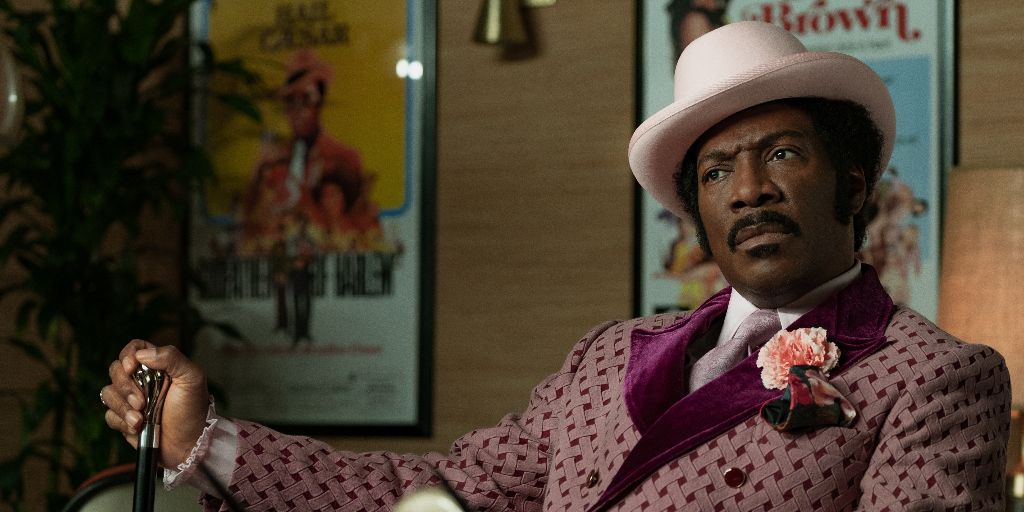 It finally happened. After 35 years away from Saturday Night Live, Eddie Murphy returned to host the show that kickstarted his career. And his appearance was definitely one to remember.

With Dolemite Is My Name gaining awards traction and a Coming to America sequel on the way, Murphy's star is once again on the rise. Returning to SNL seemed like a natural extension of his current upswing, as is a planned return to standup comedy.

Recently, the actor has been making an effort to refresh his legacy. Murphy suffered a series of embarrassing box office flops like The Adventures of Pluto Nash and Meet Dave in the 2000s. But his SNL hosting gig proved beyond a shadow of a doubt he's still got the goods.

Murphy is arguably the biggest star to come out of the long-running NBC sketch comedy series. But following the successes of 48 Hrs. and Trading Places, he left the series to pursue a film career. Then Beverly Hills Cop blew up, and Murphy's superstardom was cemented.

While past cast members have routinely come back to the show — as Chris Rock, Tracy Morgan, Jason Sudeikis, and Maya Rudolph did in this episode — Murphy has been much more standoffish. The reason why has become the stuff of legend, but as it turns out, the actor was dismayed SNL had mocked his early 1990s career lull.

But time apparently heals all wounds because Murphy's brief appearance during the show's 40th anniversary special in 2015 got him yearning to return home. With an exciting new movie in Dolemite Is My Name, the actor felt the timing was ideal to take the SNL stage. 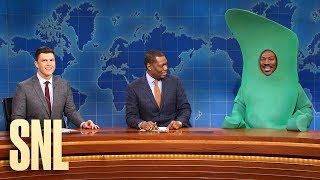 Following a cold open focused on Donald Trump's impeachment, Murphy took the stage amid cheers of "Eddie! Eddie!" From that moment on, it was clear he was completely invested in making the 35-year wait worth it. Rock, Morgan, and Dave Chappelle even joined in on the monologue to commemorate Murphy's long-awaited return.

Once NBC announced the actor's hosting gig, speculation immediately began about which of his old characters Murphy would reprise. Longtime fans hoping for a glimpse of favorites like Mr. Robinson's Neighborhood, Buckwheat, Gumby, and Velvet Jones got their wishes finally granted. Murphy even briefly broke out his popular, though now dated, Bill Cosby impression during the monologue.

Of course, these characters were all recontextualized for modern audiences, particularly Velvet Jones. Comedy has changed a ton since the early 1980s, as diversity and representation has become more of a priority. And as Murphy has reflected on the more problematic elements of his past material, his SNL turn revealed a more evolved version of his comic persona. 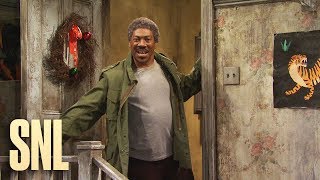 Did Eddie Murphy's return live up to the hype?

Murphy didn't just tap into the iconic characters he created on SNL back in the 1980s. He brought just as much funny during original sketches as well. "Holiday Baking Championship" — which featured an accidental expletive — and "Home for the Holidays" made deft use of Murphy's comic timing. Even the last sketch of the night, "North Pole News Report," was filled with memorable moments.

From top to bottom, Murphy's much-touted SNL return delivered everything fans were hoping for and then some. As if the comedy star's performance wasn't enough to make the episode one of the funniest in years, the pair of numbers by musical guest Lizzo — who performed hits "Truth Hurts" and "Good as Hell" — locked it in as a red-letter night for SNL. Here's hoping Murphy doesn't wait another 35 years to take the stage again.

This article was written by Robert Yaniz Jr. from The Cheat Sheet and was legally licensed through the NewsCred publisher network. Please direct all licensing questions to legal@newscred.com.

The 10 Best Short-Lived Shows of the Decade