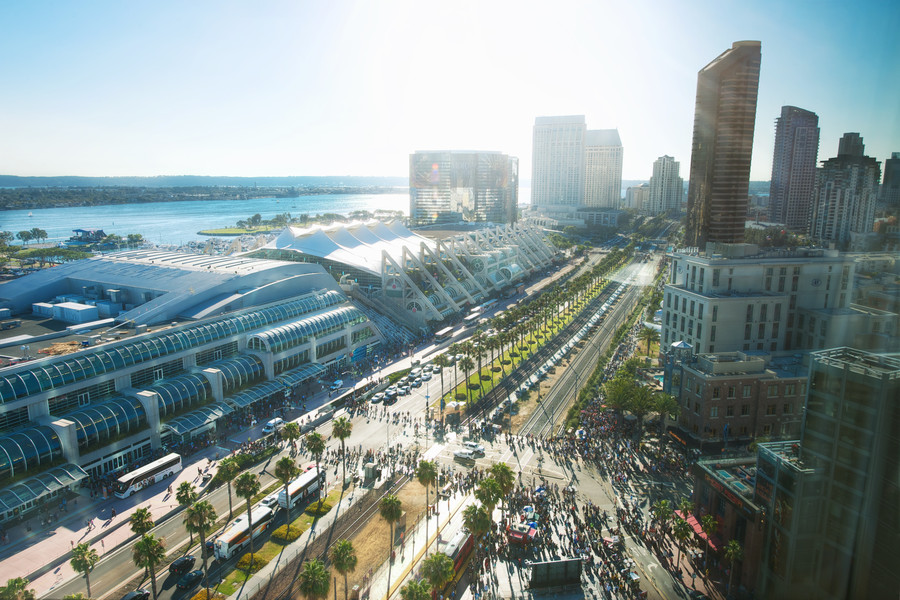 You’d need some sort of souped-up DeLorean to have enough time to hit all the panels, parties and pop-ups at San Diego Comic-Con this year. But for those of us who don’t have a time machine, DIRECTV put together a guide to the absolute can’t-miss events in and around the convention center this week.

Panels Worth Lining Up For

It’s been a full year since the BBC announced Jodie Whittaker would be taking over as the first-ever female Doctor, accompanying a slew of other changes to the landmark sci-fi series including a new showrunner and a diverse supporting cast. This will be the first panel the cast and executive producers have appeared on together and promises eager fans plenty of details and revelations about the show’s new direction before its debut this fall.

AMC’s zombified megahit always draws a teeming horde of fans to SDCC, but this year’s panel should be even teem-ier. Fan-favorite Jon Bernthal has been rumored to attend ahead of the return of his character, Shane, and with this being Andrew Lincoln’s final season on the show, we’ll be surprised if a few farewell tears aren’t shed.

This year’s Sony panel is all about Spider-Man. First up, fans will get a sneak peak of the upcoming Spidey spin-off Venom. With the film rumored to be aiming for an R-rating, this panel has the potential to be a revelatory look at star Tom Hardy’s take on the character.

Following this, the panel will also spend time with The Lego Movie writer/directors Phil Lord and Chris Miller, whose animated feature Spider-Man: Into the Spider-Verse premiers this December.

Also, if current Spider-Man Tom Holland doesn’t make a surprise appearance, I will give you $5.

With Deadpool 2 already out and a bona fide hit, this panel may seem like a simple celebration of the film’s success. But, with no additional X-Men panels from 20th Century Fox on the schedule, this one could be a sneaky way for the studio to reveal details about their upcoming slate of X-films, including Dark Phoenix and X-Force.

Solve clues, kill vampires, get SWAG. That’s the formula for this Buffy-themed scavenger hunt hitting SDCC on Saturday. Participants (excuse me, “slayers”) must track down a variety of Vampire Nests throughout the Gaslamp District and Convention Center, ridding them of creatures of the night and scoring prizes like t-shirts, Funko figures and comics.

Just be sure to RSVP in advance.

Lawless SDCC fans will want to check out America's first "Purge City" store, an immersive experience in the heart of San Diego's Gaslamp District based on the world of THE PURGE. It'll be a one-stop shop for the perfect Purge Night, where you can browse the aisles for items from emergency candles to energy drinks that will to help citizens stay safe and awake for the 12 hours of annual lawlessness (or, you know, for the next can't-miss SDCC panel).

Amazon’s holding nothing back when it comes to promoting Jack Ryan. In this sprawling VR experience, participants don cutting-edge Oculus Rift tech, allowing them to genuinely feel every moment as they rappel from a helicopter, race through high-rises and zipline to safety. As if this wasn’t enough, upon completing the training, attendees are then treated to Dark Ops, an interactive escape room based on the show’s pilot.

To kick off the second season of this original detective series based on the trilogy by Stephen King, the AT&T AUDIENCE Network is going all out. There will be a virtual reality escape room using HTC Vive Pro next-gen tech and an augmented reality (AR) game where attendees who successfully complete the investigation can collect clues to unlock special prizes.

Insider tip: Fans who pre-register here will receive a commemorative pin and chance to get a fast pass.

A veritable playground of activations, food trucks and games, The Experience features an installation from Marvel’s Cloak & Dagger in which participants are rocketed backwards by a bungee to replicate the titular duo’s powers, numerous Ghostbusters photo ops to celebrate Sony’s new mobile game “Ghostbusters World,” and a 40-foot inflatable “Sharkzilla” in honor of Discovery’s upcoming Shark Week. And that’s just scratching the surface.

With South Park involved, there’s no way this is going to be a typical escape room. After being captured by Cartman, ten fans will race against time to solve his puzzles and escape some kind of horrible fate. Knowing Cartman, it’s probably pretty gross.

In the year 2032, Taco Bell, the sole survivor of the Franchise Wars, has become the only remaining restaurant chain in the United States. At least that was the case in the 1993 hit Demolition Man. In celebration of the film’s 25th anniversary, Taco Bell is recreating the upscale, futuristic restaurant from the movie. Expect tiny nachos arranged artistically on fine china paired with a dry champagne.

Can't make all these events? No worries; DIRECTV will also be providing live coverage of everything 2018 SDCC this year. Check back for updates on all your favorite shows, movies, and creators.