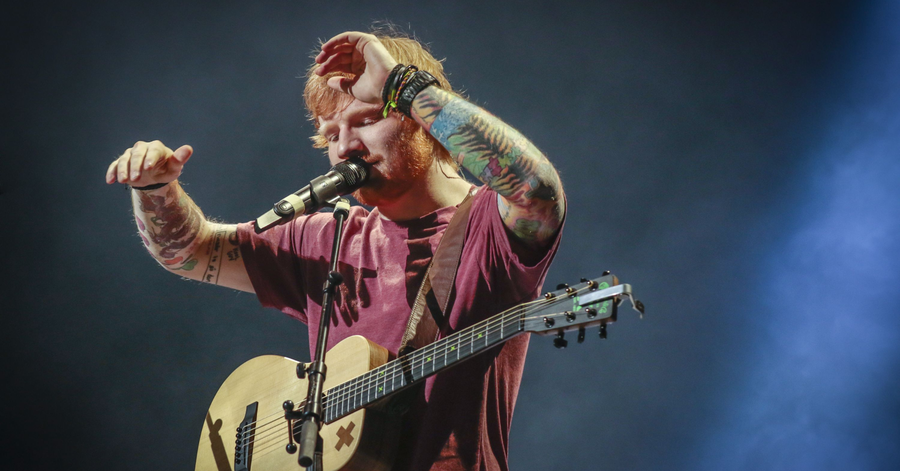 Starting at 9am PST on Wednesday, August 15th, eligible AT&T THANKS Platinum customers, in the San Francisco area, can check the ATT THANKS app for complimentary* first come, first serve tickets to the August 21st Ed Sheeran concert at AT&T Park. Check your eligibility here!

Unless you’ve kept your radios shut off for the past seven years, you probably know who Ed Sheeran is. But, if not, we’ll fill you in. The 27-year-old British singer songwriter is one of the biggest names in music today. And, with over 100 awards under his belt, four of which are GRAMMY’s, and three record breaking studio albums (+, x, and ÷), Sheeran has won the hearts of fans all over the world.

Not only does he write incredible music for himself, but he’s also responsible for penning hits for artists like Justin Bieber and Taylor Swift. In fact, Sheeran is so talented, even Beyoncé reached out to him to collaborate, recording a duet version of his hit single, "Perfect" – which is a pretty fitting title for the two of them.

Over the years Sheeran has released a number of hits – his biggest being "The A Team", "Give Me Love", "Thinking Out Loud", and "Shape of You". But, his lesser known singles are just as good! Tracks like "Autumn Leaves", "One", and "Dive" are just a few of my favorites from each album. And, his music videos are equally as impressive. Check out his recent "Galway Girl" video, starring Lady Bird’s Saoirse Ronan, below.

Sheeran is also well known for writing songs from other people’s perspectives, like "Small Bump" based on his friend’s miscarriage, "Supermarket Flowers" about his mom’s experience losing her own mother, and "Nancy Mulligan" which tells the story of how his grandparents fell in love. In every song, Sheeran proves time and time again, that he’s unlike any other artists around, right now.

But, perhaps what sets Sheeran apart most is his good heart. He’s an active volunteer for major charities like Stand Up to Cancer and Red Nose Day, and he works closely with charities that support marginalized groups. In 2012, Sheeran raised over £40,000 for street sex workers, sharing that while there are “a lot more popular charities that get a lot of attention, it’s good to show that these people are real, with real emotions, and they deserve the same charity work as anyone else.”

As the rest of the year unfolds, we’re excited to see what new projects Sheeran has up his sleeve – one of which we’re hoping is the final piece to his math-centric collection, the - (minus) album.

For now, though, Sheeran is focusing on his 2018-2019 world tour, which is heading to the West Coast later this month.