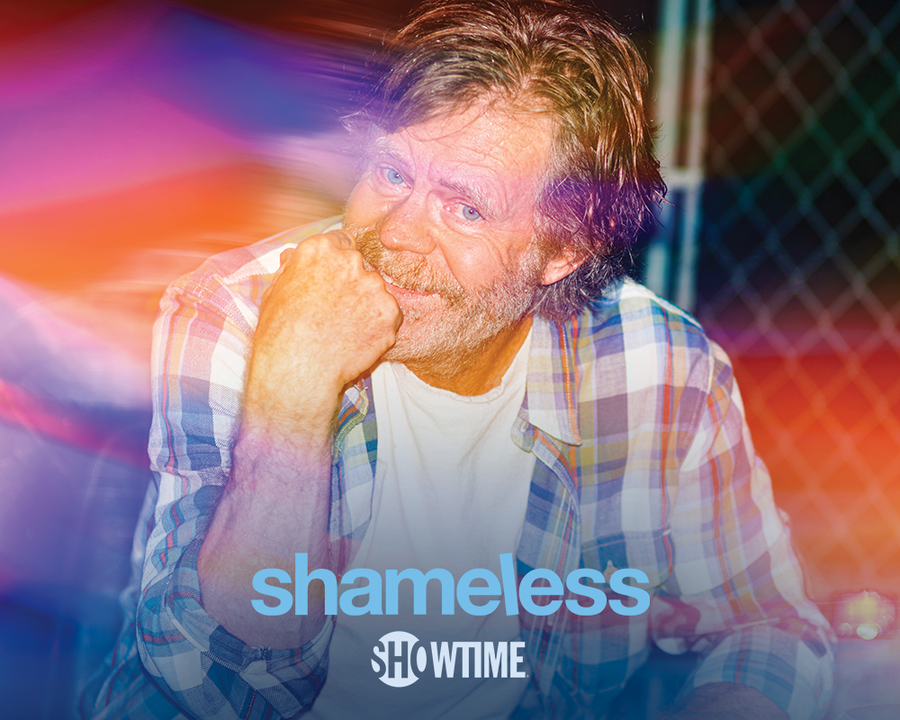 Shameless: The 10 Most Depraved Things The Gallaghers Did Over the Years

For 10 seasons, the Gallaghers from the Showtime® series "Shameless" have done a lot of depraved, illegal, and self-destructive things, from dealing drugs to stealing from pretty much anyone they could. There was also that one time they ate a bald eagle for Thanksgiving...

With the 11th and final season premiering next month, here is a season-by-season breakdown of the worst things the Chicago family has ever done. In compiling this list, one thing became crystal clear — Frank Gallagher (William H. Macy) is the worst.

In season one, Frank made the choice to sleep with his girlfriend's daughter, Karen (Laura Slade Wiggins), who also happened to be dating his son Lip at the time. Frank was hopped up on pain pills, so that was his excuse — but she was the 16-year-old daughter of his girlfriend. It's later revealed that there was no penetration, but... it was still reprehensible. And also a crime.

This happened early on in the series, but it might be the biggest gut-punch the show has ever delivered. After watching the Gallagher kids work so hard all summer to squirrel away money for the lean winter months when their heating bill gets a lot bigger, viewers watch their awful parents steal the money and fritter it away on a drug-and alcohol-fueled bender, among other questionable expenditures. Maybe this shouldn't have been so shocking, considering the behaviors that Frank and Monica (Chloe Webb) have displayed during the run of the show, but this felt like their most gut-wrenching betrayal at the time.

Season 3: Frank Calls CPS on His Own Kids

This storyline is what causes Fiona (Emmy Rossum) to be awarded custody of her siblings, but it was still unbelievably cruel for Frank to lash out in a fit of anger and call Child Protective Services on his own kids, especially when Fiona was working so hard to provide the best life possible for them. Throughout the show, she's been the only mom the other Gallagher kids ever knew, and she always took care of them at the expense of any hopes or dreams she had for herself.

As Fiona yells at Frank in season 7 when Monica dies, "She left! I was nine! Nine and taking care of you! Taking care of all of us. I was in 4th grade, dragging your *ss, passed out, in from the yard so you wouldn't freeze to death. Staying up all night with Ian when he had chickenpox. I washed Carl's sh*tty diapers. I picked lice out of Liam's hair and I was here when Debbie got her first period. Not Monica. Me."

Most of the time, Fiona tries her best to do right by her siblings. But she's also capable of falling off the wagon at times and spiraling downward into complete depravity. Case in point: this moment in season four when she partied so hard with her friends that toddler Liam (Brendon Sims) wound up ingesting cocaine and almost died.

"Crazy Love" was one of the most heartbreaking episodes in all of the show's run. In it, Ian (Cameron Monaghan) has a psychotic break when his bipolar disorder gets the best of him and he kidnaps Mickey (Noel Fisher) and Svetlana's (Isidora Goreshter) baby, Yevgeny, to go on a road trip. Things quickly turn deadly serious, as Ian struggles to care for the crying baby and finally Ian has a confrontation with the police and eventually commits himself to a mental health facility.

In season six, it felt like Fiona might finally find some happiness, but "Shameless" fans should know better. In the middle of Fiona's wedding to Sean (Dermot Mulroney), Frank crashes in and spouts some ugly truths to everyone—including revealing that Sean is a former heroin addict and high at that very moment. This monologue absolutely crushes Fiona, and while it's probably better in the long run that she didn't marry Sean, it was still heartbreaking to watch.

After his wife Monica dies, Frank finds seven large bags of crystal meth in the storage unit where she had been living. The kids think that they should each get a share, but before they can divvy up the loot, Frank flips out and tears Debbie's (Emma Kenney) room apart looking for the drugs. He starts violently choking Debbie until finally Lip (Jeremy Allen White) and Ian pull him off of his daughter.

This episode is cheekily called "A Gallagher Pedicure," which references some serious gallows humor about how Debbie doesn't have the money to have her toes fixed after they were crushed in an accident. Her solution? To have Liam (Christian Isaiah) cut them off and cauterize the stump. This ends up being too much for Liam and he passes out, so it's Frank to the rescue.

Season 9: Frank Gets Liam Kicked Out of School

This faux-pas may have been inadvertent, but it's Frank's fault nonetheless: Liam gets kicked out of his tony private school after it comes to light that Frank slept with a bunch of moms on the PTA...and gave them all STDs.

Debbie started out as a likable, hardworking little girl in season one. But by the first few episodes of season 10, she is arguably the worst person on the show. In the wake of Fiona leaving, Debbie tries to step into the caretaker role she left behind. When that gets too hard, she becomes the new Frank and starts running scams and making questionable relationship choices by getting involved with both a woman, Claudia (Constance Zimmer), and her daughter, Julia (Alison Jaye).

The first 10 seasons of "Shameless" have certainly been a wild ride. It will be interesting to see what the characters have learned over the years when the final season rolls around. The only thing we can probably say for sure is that Frank Gallagher will remain one of TV's worst examples of parenting in recent memory.

"Shameless" returns for its 11th and final season on December 6th at 9/8c on SHOWTIME®.