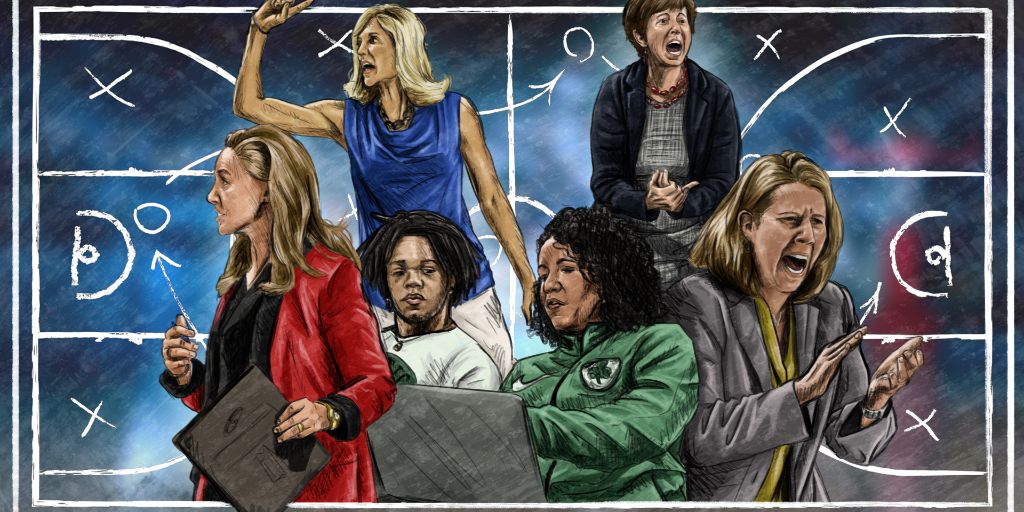 Professional men's sports leagues remain the ultimate boys' clubs. But you may have noticed a trend of late: women coaching in the NBA.

What changed? What suddenly made a bunch of women "qualified?"

Ask a stupid question, get a stupid answer: nothing. There have always been scores of women qualified to coach in the NBA, just as there are men who coach in the WNBA. Basketball is basketball. Having played in the NBA is no pre-requisite for success, and for nearly its entire existence, the NBA wasn't as good as it is now, because the talent pool of coaching, while deep, was still missing people from 51 percent of the population.

But there is another barrier left to break. No woman has ever been the head coach of an NBA team. For decades, whenever the concept has come up, a common refrain is to point out the lack of options in the coaching pipeline. You can't promote assistants that don't exist. This was the buffer zone preventing retrograde thinkers from including women in NBA circles.

With that bit of old-school thinking null and void, the conversation has shifted from whether it will happen to when. Accordingly, here are five candidates to take the mantle (though there are many more!). One of these women will be the first to coach an NBA team—the first, one would imagine, of many.

The conversation starts with Hammon for numerous reasons. There's her undeniable resume, from longtime elite WNBA point guard, to her work steadily moving up the bench in San Antonio under Gregg Popovich. The imprimatur of Pop alone has been a gateway for future NBA head coaches—witness Kenny Atkinson in Brooklyn, or Mike Budenholzer, now of the Bucks. Hammon has coached the Spurs' summer league team as well.

But in addition to these obvious attributes, there's an advantage to Hammon getting the particular job she seems to be groomed for. San Antonio is about as stable an organization as there is. Whoever becomes the first woman to coach in the NBA will earn extra attention, not to mention the unfair burden of lifting an entire gender in the eyes of many. Besides that, simply put, new coaches usually don't last long. The organizational support Hammon would receive would give her a real chance to succeed, no small thing for any aspiring pioneer.

No, Cheryl Reeve is not among the group of talented women who have made the leap to the NBA. She's too busy leading the Minnesota Lynx, where she's head coach and general manager, to another playoff appearance. Winning is the constant under Reeve's tenure in Minnesota, where she's led the team to four WNBA championships and six Finals appearances, presiding over the most successful extended run by any team in league history.

Some reasons Reeve would be a great fit in the NBA, beyond this track record: she's done it all, coaching in college, spending time on the USA Basketball staff for years, and seeing every player dynamic imaginable. She's a tireless advocate for equality, and the megaphone that comes with being an NBA coach—think Popovich and Steve Kerr as recent examples—would elevate her message further. Not that she needs help getting her point across. To spend five minutes with Reeve is to experience an elite basketball mind of our time.

In her time since getting hired by Rick Carlisle as an assistant in Dallas—again, notice a highly respected championship-winning coach signaling to the rest of the league that it's time to drop the institutionalized sexism of the past—Boucek has earned rave reviews for her work with the Mavericks' players.

But Boucek has enjoyed a long and distinguished career before she ever got to Dallas, first as a point guard for University of Virginia, then a WNBA playing career, then time as both an assistant and head WNBA coach in Sacramento and Seattle. As Carlisle put it: “She's a pure student who loves and respects the game—and has devoted her life to it.”

It took entirely too long for Kara Lawson to get her NBA gig, and it could have happened nearly two decades ago. She approached the Sacramento Kings at the start of her professional career, after a tenure as Pat Summitt's coach on the floor during a remarkable run as point guard for the Tennessee Lady Vols. She asked merely to watch practice. That's it. Watch and learn.

The team said no, that she would be a distraction. In fairness to the Kings of that era, Lawson's next-level basketball knowledge would have upended their entire reality.

But finally, this summer, Lawson got the call from the Boston Celtics, where she will be an assistant coach under the relentlessly innovative Brad Stevens. And if the period of time it took to get Lawson in the door was long, it could be a short trip to the top, considering Lawson's basketball expertise, wide array of connections in the game from her long playing and broadcasting career, and a general understanding that it's up to the collective sport to do the right thing.

How do you top a run at Notre Dame that's included a pair of national championships, nine Final Fours, and a generation of players raised on the notion of full equality for women? By making the pathway she's created in so many other industries a reality for those who would follow her to the NBA.

I'll be honest: this is a longshot. McGraw is an institution at Notre Dame, and few think she'll leave to do anything else other than (hopefully a long time from now) retire. But imagine the way she managed to change the conversation on equality in coaching, thanks to her comments to Lindsay Gibbs this spring, and now visualize her doing that for 82 games a year into the assembled microphones of NBA media covering a groundbreaking hire.

Her basketball bona fides are beyond question. Few in the history of the game are better at in-game adjustments, and her positionless offensive attack is now coin of the realm in NBA and WNBA circles alike. It's time to bring this to an NBA Finals trophy presentation:

They call it the Big Dance for a reason...