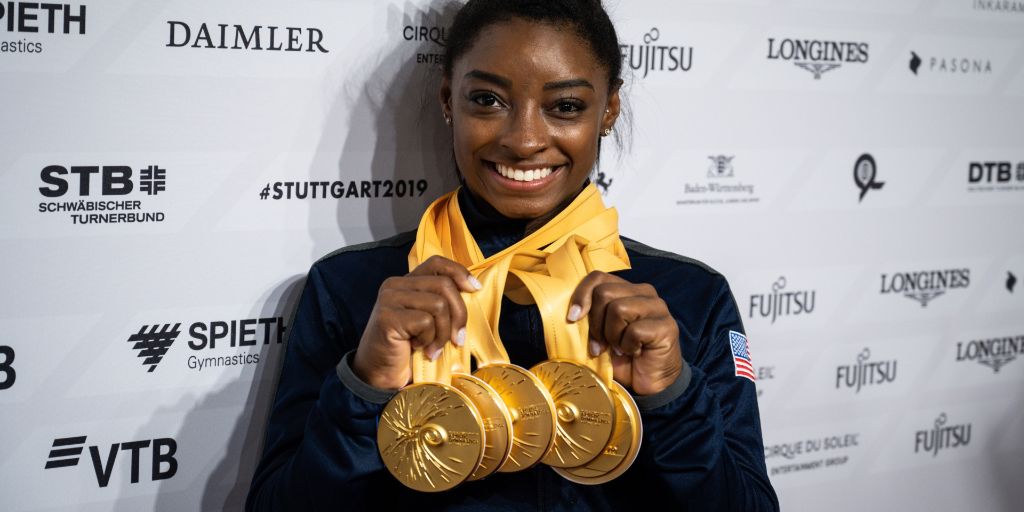 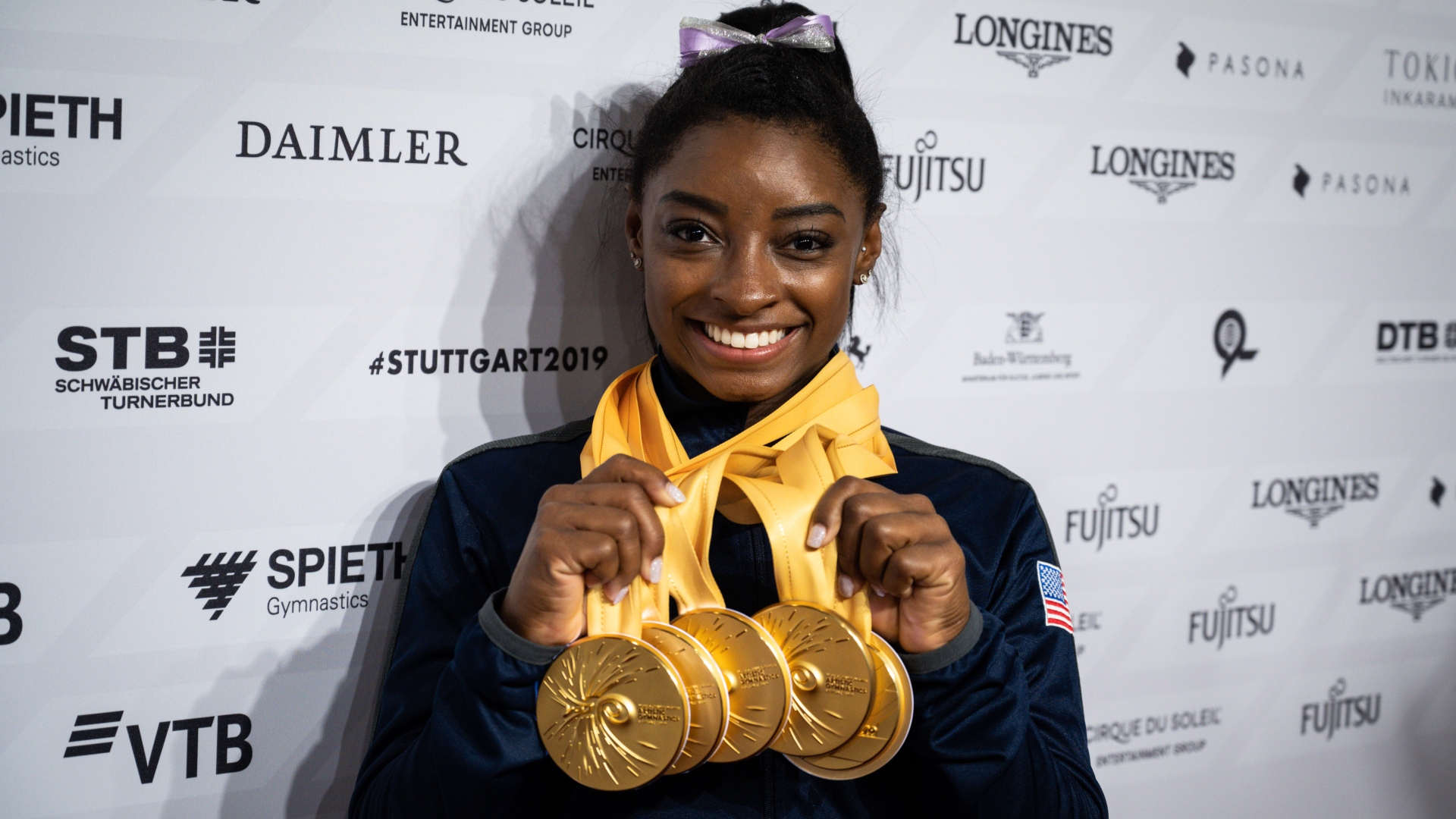 Like a girl, y’all! Simone Biles is now the most decorated gymnast in world championships history — male or female — after breaking the previously held record on Sunday. Arguably the greatest gymnast of our time (or, you know, ever), the 22-year-old secured her spot at the top by picking up her 24th and 25th world medals, both gold. In fact, of the six gold medals to be handed out at Sunday’s competition in Stuttgart, Germany, Biles snagged five.

According to the New York Times, Biles had actually already become the most-decorated woman in world championships history when she won her 21st medal in the team competition. But it was her final two individual wins for her floor routine and the balance beam that allowed her to surpass Belarusian Vitaly Scherbo’s record 23 world medals — a record that had been held since the 1990s.

Although Biles has struggled with the beam in the past, having failed to earn the gold in the event at the 2016 Olympics in Rio, she showed no signs of trouble with her performance on Sunday. And she earned that 25th gold with her floor exercise for earning 15.133 points, which put her a full point ahead of second-place American gymnast Sunisa Lee.

Upon hearing the scores that would cement her spot in the history books, Biles jumped out of her seat in excitement.

How does she do it? She isn’t even sure. Speaking to the Times after winning her fifth world all-around title on Thursday, she admitted, “I don’t know; I feel like it’s not me. Sometimes I wonder how I do it. I feel like it’s just, like, not me. I wish I could have like an out-of-body experience to witness it, because sometimes I think I’m going crazy.” Biles then added, “I really don’t know how I do it sometimes.”

Biles is clearly, as her teammates put it, the GOAT. And if you need another reason to love her, consider this quote by the record-breaking gymnast circulating on Twitter (and which Biles herself retweeted tonight): “I feel like we should teach the youth that it’s OK to say, ‘Yes I am good.’ And it’s not out of cockiness. It is what it is, at the end of the day. I’ve won five world titles and if I say, ‘I’m the best gymnast there is,’ (the reaction is), ‘Oh she’s cocky, look at her now.’ No, the facts are literally on paper. I think it’s important to teach the youth that.”

Yes ma’am, you do the thing! Congrats to Biles on her history-making wins this weekend.

This article was written by Julie Sprankles from SheKnows and was legally licensed through the NewsCred publisher network. Please direct all licensing questions to legal@newscred.com.