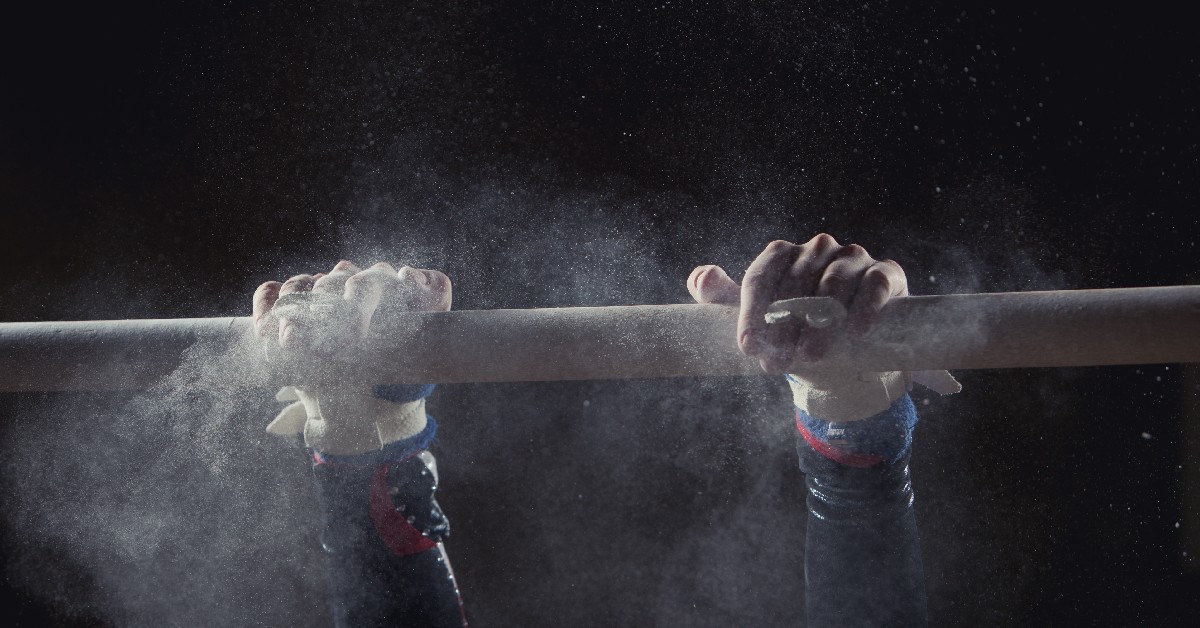 In August 2016, all eyes (and rightfully so) were on Simone Biles, as she cemented her place in gymnastics history at the Summer Olympics in Rio de Janeiro. The 4’8” dynamo went on to win five medals in all, including four golds: in floor, vault, the all-around, and as part of Team USA’s “Final Five,” as well as a bronze for her work on the balance beam. The only thing that could be more exciting than watching America’s most decorated gymnast ever slay the competition five years ago … is watching her do it all over again this summer.

Allow us to reintroduce, Simone Biles

Biles is looking to expand upon her success at the 2020 Tokyo Games, and, though it might seem impossible, she's only gotten stronger, better, and had more skills named after her in the interim. Fun fact: Eponymous skills only happen after you successfully compete something for the first time ever at a major competition.

Prior to Rio, she debuted the inaugural “Biles,” a double layout (two flips in a straight-body position) with a half twist before landing, at the 2013 World Championships. By the time the 2016 Olympics rolled around, this pass was so “elementary” to Biles that it was buried in the middle of her routine, and she was even connecting a jump to it.

Between 2018-2019, three additional “Biles” — and “Biles II” (!) — were born, with one more potentially on the way. On beam, she completed a double-twisting, double back (two twists, two flips) dismount, currently ranked the apparatus’ highest rated element; on floor, a triple-twisting, double back was crowned the Biles II; and on vault, a Yurchenko ½ entry to two front flips was tied for the highest-rated skill with a 6.4 difficulty. But because she is Simone Biles, she recently debuted a Yurchenko double pike at the 2021 GK U.S. Classic, which might imminently become the highest-valued vault in women’s gymnastics with a 6.6 rating.

Aside from all of that, in early June, Biles won a record seventh title at the U.S. Gymnastics Championships (which she’s done every year since 2013, apart from 2017), qualifying her for the Olympic Trials. There is no limit to her talent, no shortage to the awe it evokes and we cannot wait to see the heights she reaches next.

But Biles isn’t the only gymnast looking to repeat her Olympics glory. If you’re at all familiar with the sport, you know the tremendous toll it takes on the human body. Only a special kind of superhero can make the Olympics (or qualifying) team once, let alone attempt it again.

The 2021 GK U.S. Classic and U.S. Championships saw not one, not two but three former Olympians competing alongside Biles with an end goal of securing a spot on the 2021 Olympics team, including Laurie Hernandez, Chellsie Memmel, and MyKayla Skinner.

Adopting the @lzhernandez02 "I got this" before doing anything that scares me from now on. #Olympics pic.twitter.com/ecJ5eJx7T9

Biles’ “Final Five” teammate at the 2016 Games, Hernandez clinched a spot on the team during her first season as a “senior” gymnast, turning 16, and, therefore, only becoming eligible to compete the month prior. Hernandez endeared herself to gymnastics fans and, really, the world after being caught on camera whispering, “I got this,” to herself just before mounting the balance beam in Rio. Turns out, she did “got this” because Hernandez took home a silver medal in the event, in addition to her team gold.

She segued her success into a television career, winning season 23 of “Dancing with the Stars,” hosting “American Ninja Warrior Junior,” and starring in the animated Nickelodeon series “Middle School Moguls,” as well as authoring two appropriately titled books, the NYT bestseller "I Got This: To Gold and Beyond" and children’s book "She’s Got This."

Though this meant a break in Hernandez's gymnastics, she returned to her training a few years later, and the 2021 Winter Cup marked her official return to elite gymnastics. Unfortunately, after an exciting showing at the GK U.S. Classic, Hernandez hyperextended her knee during beam warmups at the U.S. Championships. She was forced to withdraw, making her ineligible for the National Team and Trials and, therefore, the Olympics. But regardless of what she chooses to do next, we are certain she’s “got it.”

A member of USA's 2008 Olympics team — yes, you read that correctly! — and six-time gold and silver world championship medalist, Memmel is tied with Shawn Johnson as the seventh most decorated U.S. female gymnast, contributing to the team silver in Beijing, alongside Johnson and Nastia Liukin.

Following those Summer Games, Memmel sustained a series of injuries, and despite later making a bid for the 2012 National Team, wasn't selected and announced her retirement from elite gymnastics soon after. But Memmel, now a wife and mother of two, really dug back into her “roots” last year. What began as a way to keep herself accountable for her fitness (she posted “Chellsie Challenges,” gymnastics-centric and conditioning workout routines on social media), “planted a seed,” and a few months later, Memmel announced her official return to elite gymnastics.

Despite successful showings at both the U.S. Classic and U.S. Championships, Memmel was not selected for the upcoming Trials competition, but she serves as the ultimate motivation for us all.

Named one of three alternates at the 2016 Olympics, three-time world championship gold medalist Skinner retired from elite gymnastics after the Rio Games to become a member of the University of Utah’s women’s gymnastics team. Over the next three years, she celebrated a number of individual and team achievements at the Pac-12 and NCAA Championships and perfect 10’s from the judges, before announcing her intention to return to elite gymnastics in 2019.

After navigating the sports’ COVID-19 cancelation, Skinner was set to compete at the 2021 Winter Cup but had to withdraw after being hospitalized with pneumonia. But, following an impressive tenth place all-around finish at the U.S. Classic and ninth at the U.S. Championships, Skinner was named to the 2021 U.S. Women’s National Team, qualifying her to compete at the upcoming Olympics Trials for a spot on the team once again.

From June 24-27, 18 gymnasts, including Biles and Skinner, will descend upon St. Louis’ The Dome at America’s Center arena for a chance at a once (or twice!)-in-a-lifetime experience. We cannot wait to see who makes Team USA and represents our country at the long-awaited 2021 Summer Games, beginning Friday, July 23!