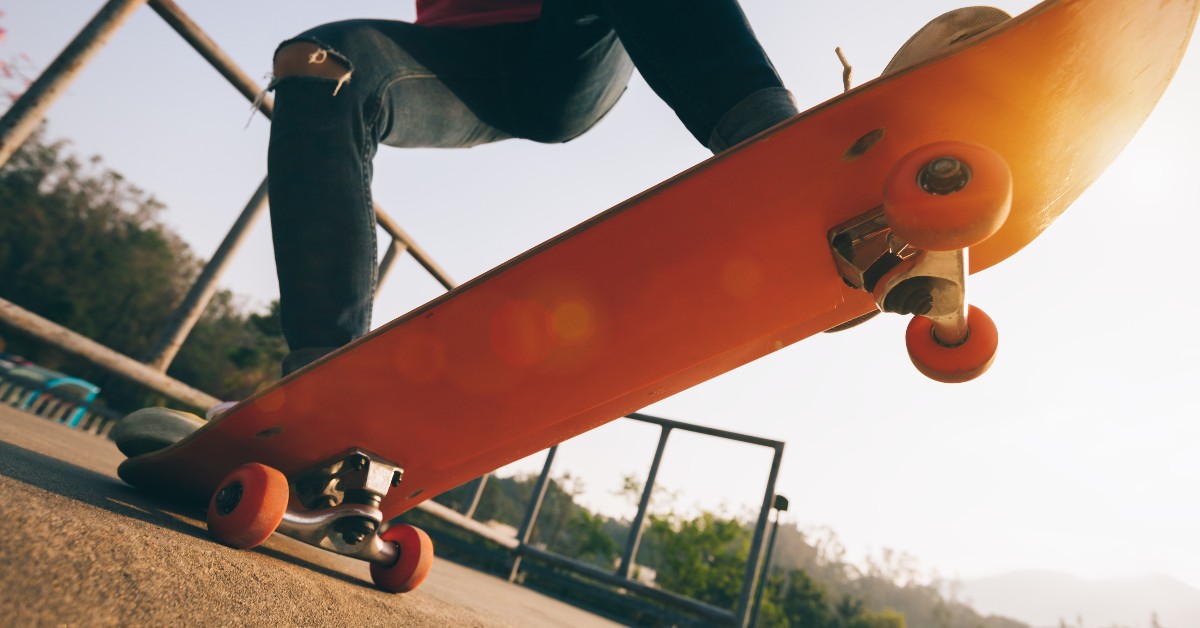 The 2020 Tokyo Olympics marks the debut of the skateboarding event, a huge step forward for a sport that has long been relegated to “alternative” sidelines. The skaters are now preparing to compete in a massive, one-of-a-kind skatepark that promises to be the extraordinary setting of an unforgettable show.

The biggest stars of that show are likely to be the six women on the inaugural U.S. Olympic skateboarding team, including Mariah Duran and Brighton Zeuner. Both athletes have massive followings, are top-ranked in their respective disciplines, and eager to rip on the world’s stage. So how did they make it to this moment? And what gravity-defying tricks can we expect to see from them when skateboarding gets its moment in the sun?

Duran is a goofy-footed, 25-year-old street skater, who got her first board at the age of 10 after following her brothers to the park. Duran, who hails from Albuquerque, New Mexico, won back-to-back wins at X Games Minneapolis and X Games Sydney in 2018. She went pro in 2019.

That same year, Duran broke her tailbone at Dew Tour in Long Beach. She recovered by returning to her roots and spent the 2020 lockdown skating at home with her brothers in her parents’ backyard. Audiences can always count on a diverse, jaw-dropping display from this skateboarding star, who pairs a loose, laid-back style with a collection of highly technical tricks.

Duran’s Olympic runs are certain to include her signature move, the hardflip: Here, she kicks off the back of the board and allows it to spin end over end in the air before landing on it.

“When I first started, I didn’t skate to get sponsored or to get paid. I skated to skate,” Duran told Olympics.com in May. “Getting to go to the Olympics, for skateboarding, is insane. But there’s a reason why I’m in this position.”

Duran is currently the top-ranked women’s skater in the United States, and seventh in the world.

Based in Encinitas, California, Zeuner is a board-riding prodigy who is the youngest X Games athlete ever at age 11. In 2017, the day after her 13th birthday, she became its youngest champion.

Much like Duran, Zeuner fell in love with the sport at just six years old, when her brother started teaching her tricks.

Now 16, Zeuner is training for her time on the Olympic park course, a pool-like structure where skaters have the freedom to pull off big, airborne spins and vault themselves off the bowl’s edges. Zeuner has compared her runs to a complex, choreographed dance routine, and her main challenge will be choosing which of her many tricks to showcase. These include a 50/50 grind, a backside air, one-armed inverts, a disaster and a 360 melon over a ski jump — which she debuted at the Vans Park Series World Championships in Malmö, Sweden when she was 12.

The Olympic skate park is situated in Ariake Urban Sports Park, in the waterfront area near the Olympic Village. It comprises two separate courses — park and street — featuring smooth-riding conditions and limitless trick options for the skaters. The park was constructed by California Skateparks, the design firm known for creating dozens of courses for the X Games and other tours over the years.

Each of the custom concrete courses was designed to give skateboarders the ability to maximize creativity, flow, speed, amplitude, technicality and variety. Both the street and park courses are packed with round and flat rails, hip sections, course bends, stairs, curbs, slopes, rails and more.

Skateboarding has always existed in its own ecosystem, with deep roots in the counterculture. Giving the sport, the subculture and up-and-coming athletes, like Duran and Zeuner, the respect they deserve is certain to be an unforgettable highlight of this year’s games. If the Olympics is truly about bringing sports to the masses, there’s no question that this summer’s skating event has the potential to inspire countless young people — in particular, girls and women — to pick up a board for the first time.

The 2020 Tokyo Olympics Are Finally Coming: Here’s Your Guide to This Year’s Main Event

The 2020 Tokyo Olympics are finally happening, the event that ...