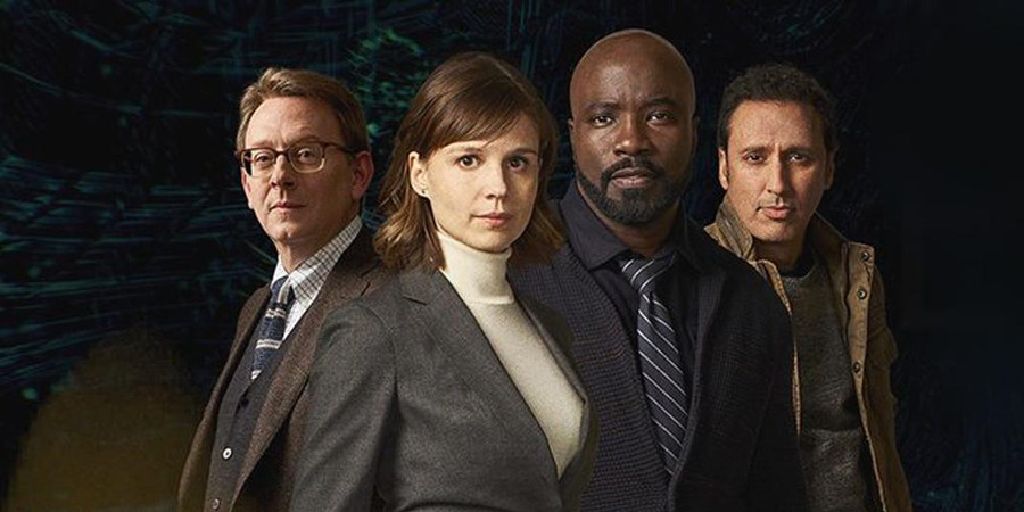 Five episodes in to the new CBS Thursday-night thriller Evil, it’s clear this show relishes defying expectations. Sure, the premise sounds trite: Skeptical rationalist and wanna-believer team up to investigate paranormal phenomena as sexual tension simmers in the background. Throw in a little bit of courtroom procedural drama, some domestic scenes featuring adorable kids, a few shakes of religious holy water to raise the stakes, and you’ve got a veritable patchwork quilt of network TV clichés stretching back decades.

To its credit, Evil seems very aware of the pitfalls of predictability. Creators Michelle King and Robert King, whose previous series The Good Wife racked up a shelf of awards in its seven-season run while anticipating many of today’s gender-based social divisions, understand how to craft a solid drama that subverts conventions and goes several levels down to find thematic resonance.

With Evil, they’ve turned their attention to the metaphysical — specifically the boundaries between psychological dysfunction, systematic and deliberate cruelty, and behavior that’s been traditionally associated with demonic possession. That kind of material can get dark really fast, and in Evil, it most certainly does. This is the most chilling show to air on a network in some time.

Psychologist and professional expert witness Kristen Bouchard (Westworld’s Katja Herbers) gets recruited by priest-in-training David Acosta (Mike Colter, last seen as Luke Cage) and his tech guy, Ben Shakir (comedian Aasif Mandvi in a straight dramatic role) to help the Catholic Church investigate cases where someone suspects supernatural involvement. Acosta is open to explanations beyond the realm of science but needs Kristen and Ben around to keep him grounded.

That kind of setup just begs for the “clash of archetypes” storylines that we’ve seen dozens of times before, with one side or the other holding firm to its ideological position as inexplicable events swirl around them. Evil, however, delights in blurring the boundaries. None of the main characters are strident in their views; in fact, all of them seem susceptible to impulses that could compromise the core of their moral universes. Religious (specifically Catholic), scientific and sociological explanations for the goings-on are all discussed respectfully, and the show does not seem invested in pushing one grand theory of the case down the viewers’ throats.

The specific plotlines follow that same complicating dynamic. There is a pretty clear-cut adversary, the creepy Dr. Leland Townsend, played by veteran character actor Michael Emerson, who is either a demon incarnate or a determined sociopath. There’s some deeply disturbing stuff going on with Kristen’s four adorable preteen daughters, who are either being groomed by a very resourceful cyberstalker who has infiltrated their video game, or are being menaced by a supernatural entity allied with Townsend. One episode investigates an alleged miracle that actually turns out to have a more depressing earthly explanation; another involves boy who, at age nine, is already capable of shocking acts of violence and cruelty.

What sells all of this are the performances by the cast. Herbers, whose character is dealing with professional issues, student debt, her flawed but supportive mother (Christine Lahti), and handling her rowdy brood while her husband — still unseen — is guiding climbers up Mt. Everest — communicates all that stress and inner tension with great subtlety. Kristen Bouchard really does not want people to see her sweat, and we can relate. Colter, by contrast, can project calm authority just with his physical presence, but also gives us a glimpse of the inner struggle between his intellectual quest for truth and his spiritual hunger for resolution. Mandvi’s character seems down to earth and rooted in a good relationship with his sister Karima (Sohina Sindu).

Evil is so emotionally potent because it seems unafraid to subvert all of those character strengths and put a knife to the throat of exactly those things we the viewers can best relate to. Real terror doesn’t come from ghosts, ghouls and demons; it comes from the realization that we and the world are not as good as we think they are.

Early in the season, it’s not yet clear if the show is heading toward a resolution of its bigger questions, or if all this ambiguity is the point. Frankly I hope it’s the latter. In this day and age, the possibility that the evils of society and personal depravity are driven by supernatural forces outside our control is actually more comforting than the banal alternative, which is simply that evil wins when good people weaken — and good people weaken all the time. That’s a truth that we all need to hear right now, and this show is filtering it into our discourse in a very well-crafted, thoughtful — and genuinely frightening — way.

It’s also a truth we will continue to hear for at least another year. CBS announced Evil was renewed for a second season on Oct. 22, 2019.

This article was written by Rob Salkowitz from Forbes and was legally licensed through the NewsCred publisher network. Please direct all licensing questions to legal@newscred.com.

Fans eager for a The Karate Kid reunion with William ...

“You get used to sticking a six-inch cotton-wool bud up ...

When it comes to King Henry VIII’s infamous six wives, ...

Turning Points in Time: TV Any History Buff Will Love

Take a walk through time with these extraordinary historical series ...