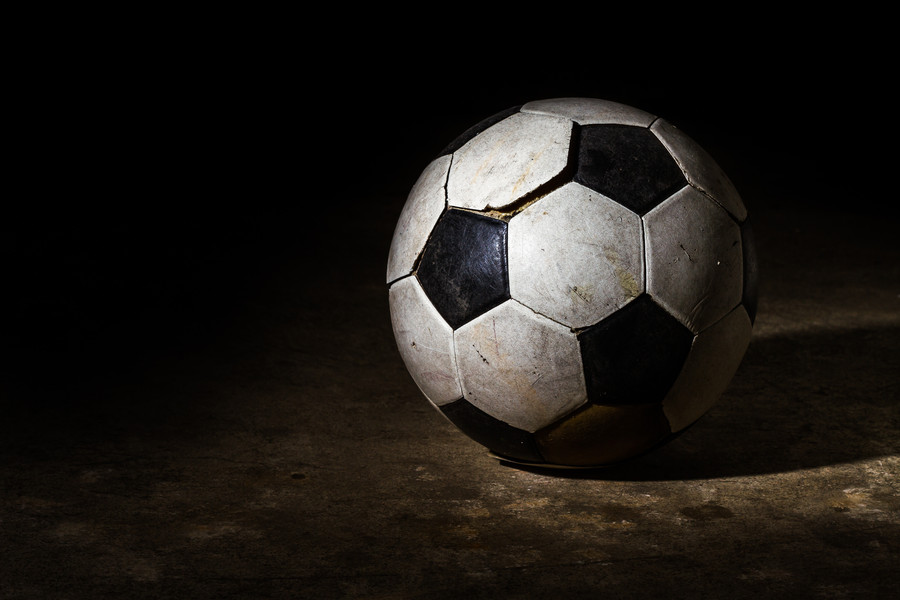 Soccer Movies to Tide You Over Between World Cup Matches

It's World Cup time, which means the world comes together to cheer, cry, and shout at their favorite teams (or, if you're a USMNT fan, you might be looking for a new team to support). There'll be plenty of action and competition on the field during the men's tournament, but there is also plenty of down time. If you just can't get enough soccer on the pitch, here are 10 soccer movies to tide you over between matches.

For a complete schedule of the remaining 2018 FIFA World Cup matches, check out World Cup Central and then start planning your movie schedule in and around your favorite match-ups.

In this 2002 sports rom-com, Parminder Nagra stars as Jess Bhamra, an 18-year-old girl whose conservative Indian family forbids her to play soccer. In the surprise hit role that helped launch her career, Keira Knightley plays Jules Paxton, a player on the local women's team who sees Jess' skills and invites her to try out. When Jess' family finds out she's been playing football behind their backs, chaos ensues, but eventually (spoiler!) they come around.

This biographical sports drama, based on David Peace's novel of the same name, tells the story of Brian Clough's ill-fated tenure as the manager of Leeds United in the late 1970s. It was nominated for several British film awards and boasts an incredibly strong cast: Michael Sheen, Timothy Spall, Colm Meaney and Jim Broadbent.

Watch The Damned United on DIRECTV

Have you always wanted to watch Sylvester Stallone and Michael Caine play soccer? That's an oddly specific wish, but you're in luck. This 1981 classic is about a group of Allied prisoners in World War II who agree to play an exhibition match against a German team. Things go south when the Allies realize they're part of a German propaganda stunt, so Hatch (Stallone) stages an escape, convincing French resistance fighters to help him free the rest of the POWs during the game by using a tunnel underneath the locker room. It co-stars several professional football players, including Bobby Moore, Osvaldo Ardiles, Werner Roth, and the legendary Pelé.

No, this is not the 2005 film starring Jimmy Fallon and Drew Barrymore. This is actually the film that film is based on (and both stem from a memoir by Nick Hornby). This one is from 1997 and stars Colin Firth as teacher Paul Ashworth. It uses Arsenal's first championship season in 1988-89 as the backdrop of Firth's romantic relationship with a new teacher at his school, Sarah Hughes (Ruth Gemmell) — much like the American remake used the Boston Red Sox's 2004 winning season as a backdrop for the Fallon-Barrymore romance.

These three films tell the story of Santiago Muñez, a skilled football player who lives in a downtrodden area of Los Angeles and works as a busboy. When a former Newcastle player sees Muñez's soccer skills, he gets the young athlete a tryout with Newcastle United. Muñez goes on to be a star player for the squad, though subsequent films focus on other England players as well, with the third one focusing heavily on the 2006 World Cup in Germany.

Watch the Goal films on DIRECTV

Robert Duvall and Will Ferrell star as father and son, who are also rival little league soccer coaches after Ferrell's character, Phil, transfers his own son from Buck's (Duvall) team to his own. When Phil proves highly inept at coaching his son's team, he recruits legendary Bears coach Mike Ditka (playing himself) to help out, and eventually Buck and Phil's teams face off in the championship match. It's an entertaining family-friendly flick.

Watch Kicking and Screaming on DIRECTV

This sports comedy — written by, directed by and starring Stephen Chow — tells the story of a Shaolin monk who reunites with his five brothers after their master's death to use their martial arts skills in soccer. It's a goofy romp that is surprisingly funny and enjoyable to watch.

Didn't know Channing Tatum has done Shakespeare? This charming little rom-com is a remake of the 1985 American football movie Just One of the Guys, though both are loosely inspired by the plot of Shakespeare's Twelfth Night. In She's the Man, Amanda Bynes plays a teen girl who is a gifted soccer player. But when her school cuts the girls' soccer team, she enters her brother's school in his place, pretending to be a boy, so she can play on the boys' team. It's some fun, fluffy footie goodness to relax in between tense World Cup matches.

Watch She's the Man on DIRECTV

This Danish film, known in Denmark as Sommeren '92, is about the Scandinavian country's greatest football triumph — the year the team got into the UEFA championship tournament only after Yugoslavia was disqualified and then went on to win the entire thing. Coach Richard Møller Nielsen is played by Ulrich Thomsen, whom TV fans will recognize from Banshee, The Blacklist, and Counterpart.

Get your tissues handy for this film because it's based on a true story and it's incredibly heartbreaking. United tells the story of Manchester United's famous "Busby Babes," so named because they were managed by Matt Busby and were notable for being such a young team. The team won the league championship in '56 and '57, but then tragedy struck in the form of the 1958 Munich Air crash that killed eight members of the team and left two more unable to ever play again. The film is based on first-hand interviews with the survivors and the families members of the deceased as it chronicles how the football community overcame such a terrible ordeal.