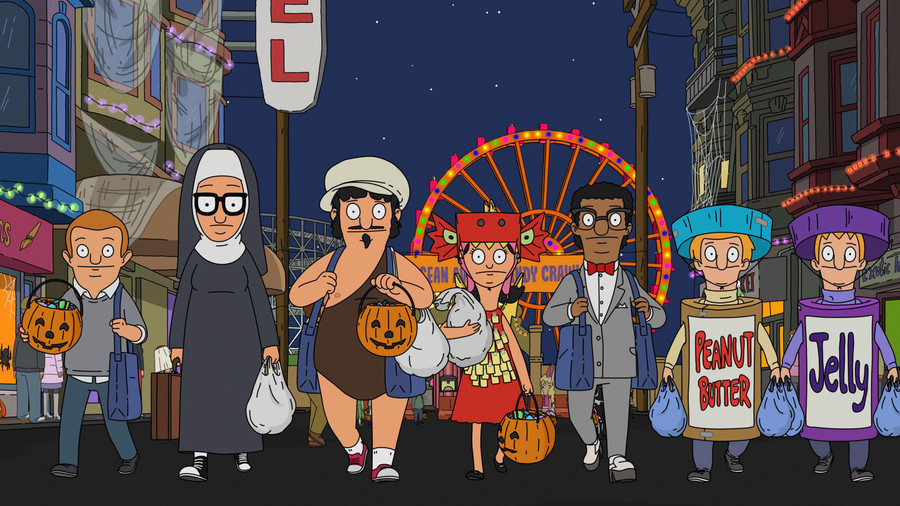 Halloween - technically 10/31, but really an episode that airs some time in October and celebrates the spirit of the holiday

Tis the season to be spooked! We fondly remember the holiday-centric episodes from back in the day - a time when every show premiered in September and ran through approximately May. Usually falling around the fourth episode of the season, the Halloween special was not only a staple of the schedule but also usually the first such themed show. Plus it offered great material: costumes, candy, thinking you're being haunted by spirits when in fact it's a series of coincidences that get unpacked before the episode ends. Good times!

Since the model of television has changed so drastically within the past decade (looking at you, streaming services), the holiday-centric episode has died down in popularity. After all, it's hard to justify an episode that celebrates All Hallows Eve when your entire season drops one day in June. But it's late October and we're in the mood for a little Halloween spirit, dammit! So if you're like us and want a show that consistently serves a fine Halloween episode each season, here are the ones we turn to year after year:

Yes, our favorite fictional precinct celebrates in style each season! It took only six episodes for Brooklyn 99 to establish a tradition that has grown in scale and in our hearts - the Halloween Heist. What started as a bet between new transfer Captain Holt and rascal detective Jake Peralta has evolved into a Mission Impossible-style escapade the entire squad participates in (yes, even Gina). As the show premieres mid-season on its new home network, we will sadly miss a heist in season 6...but it would be hard to top last year's HalloVeen anyway. Spend a few hours watching the collection of five Halloween Heists and you will not be disappointed!

If you're a fan of a classic workplace comedy with some light commentary on consumerism in America, you need to check this one out! The lovable weirdos of Cloud 9 get very much into Halloween costumes in their own ways: from Jonah's obscure and political head-scratchers, to Mateo's immaculate presentation, to Dina's sexy cop (every time). Superstore is always good for truly laugh out loud moments, but the holiday spirit takes their trademark customers-in-aisles-doing-crazy-things cutaways to a whole new level. Bravo!

It has to be said: Bob's Burgers excels at holiday episodes of all kinds. But given that three of the five Belchers are under fourteen, amazing Halloween-centric episodes are a no-brainer. Every costume is pure genius (Dragon with a girl tattoo! Mom-bie! Queen Latifah from her U.N.I.T.Y. Phase! This stuff is gold) plus the kids' shenanigans are on steroids...or candy, probably candy.  Picking a favorite is nearly impossible but if you twist our arm we'd have to go with The Hauntening. We love it so much, it's scary!

Pritchetts love Halloween. Period. Starting strong with Claire and Phil trying to pull off the ultimate haunted house in the first season, Modern Family consistently brings their A-game to the holiday. And, as you can see, they don't skimp on the gross factor either. Though this season's Good Grief took a sadder turn than most as a beloved family member died (we won't say who in case you've missed it), it wouldn't be October without seeing the incredibly creative, and occasionally bizarre, antics of this clan.

We hoped you enjoyed Some Like It: Halloween. Check back next week for a brand new run down for a whole new feeling.