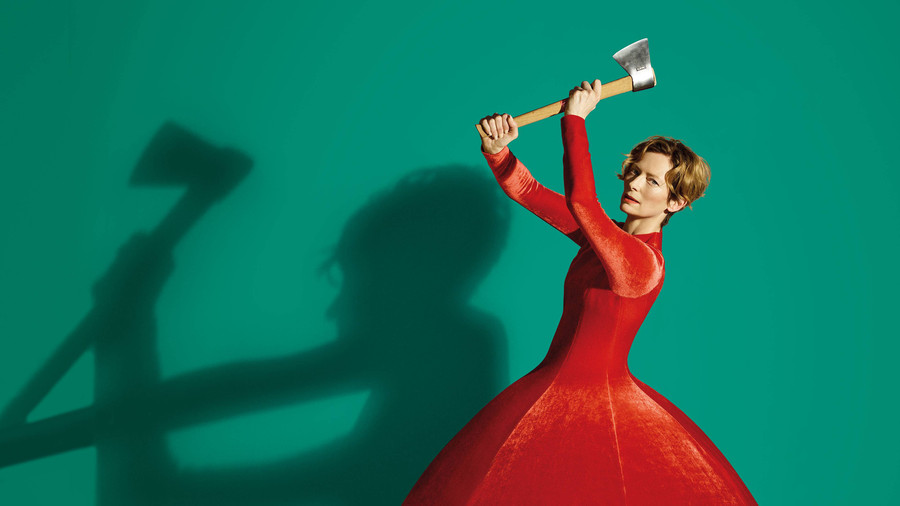 For almost 50 years, Spanish filmmaker Pedro Almodóvar has been the man behind the country’s most unique and creative cinematic stories. Famous for his feminist-leaning, LGBTQ+ narratives and his unique storytelling techniques — often featuring unusual or flat-out outrageous plots and premises — Almodóvar’s films often explore the complexities of gender; identity; desire; and the dynamics among friends, lovers and family members.

His next movie, “Parallel Mothers,” — starring Penélope Cruz — debuts at the year’s Venice Film Festival and is due to hit theaters this December. Until then, let’s take a look at some of his best work to date.

Almodóvar rose to international success with his feminist-meets-film-noir take on the romantic comedy “Women on the Verge of a Nervous Breakdown,” which quickly became a cult classic and critical success. Nominated for an Oscar for Best Foreign Language Film, the movie follows Pepa Marcos, who has just been dumped, as she tries to figure out why it happened.

Carmen Maura, who the director cast in several of his films, portrays Marcos, and her performance is “wonderful as a woman who simply cannot resist fighting back,” according to an original review from The New York Times. “The actress has a big, no-nonsense screen personality that perfectly fits Mr. Almodovar's raffishly deadpan comic method.”

This sobering film, though infused with black humor, tells the tragic story of a single mother (Cecilia Roth) whose son is killed in a hit-and-run. Heartbroken and devastated, Manuela makes her way to Barcelona in search of the boy’s long-lost father, who is now a woman named Lola.

Along the way, Manuela befriends three women — a transgender prostitute, a pregnant nun (played by Cruz), and a legendary actress — who all end up saving one another in various ways. Heralded as “Almodóvar's passionate redefinition of family values,” “All About My Mother” earned him his first Academy Award for Best Foreign Language Film.

After his win, Almodóvar’s follow-up effort was “Talk to Her,” a breathtaking story about two men who meet and form an unlikely friendship during the most extraordinary of circumstances: while tending to two comatose women — a bullfighter and a ballet dancer.

The haunting film uses modern dance (beautiful sequences from the incomparable Pina Bausch) and a silent film interlude to enhance the narrative, which earned Almodóvar another Oscar for Best Original Screenplay as well as a nomination for Best Director.

“Who today but Almodóvar could switch smoothly between profound emotion and ethical inquiry, high art, and gags about bodily functions?” asks Time Out. “ About love, loss, loneliness, doubt, desire, faith, forgiveness and the importance of honest communication with oneself and others, the film combines sensuality, spirituality and sheer joy in storytelling in marvelously harmonious proportions.”

With a stellar female cast who won a collective prize for Best Actress at the 2006 Cannes Film Festival, “Volver” — which means “to return” — is another Almodóvar movie that puts the lives of women front and center. Starring Cruz, who became the first Spaniard to be nominated for an Academy Award for Best Actress, the narrative mixes comedy and family drama, once again — this time with an element of ghost stories.

Dealing with death, grief, secrets, and sexual abuse, the film features a host of Almodóvar's trademarks, like the use of a stand-alone song, reality TV references, and his ongoing homage to classic cinema of the 1950s. But most of all, as Roger Ebert mused, it's the filmmaker "paying tribute to the women who raised [him] — their conversations, conspiracies, ambitions, compromises, and feeling for romance.”

Seen as one of Almodóvar’s most personal projects, this semi-autobiographical film stars Antonio Banderas — a favorite collaborator of the director’s — as an aging filmmaker reflecting back on his life as he struggles with addiction, chronic illness, and writer’s block.

“Pain doesn’t derail an artist’s career; it shapes it,” Ebert wrote. “And Almodovar’s film captures the way life is reflected in art in ways that only a master filmmaker could possibly even attempt. It’s a deeply personal and very moving film, anchored by the best work of Banderas’ career” with the wonderful Cruz in the role of his mother throughout flashbacks.

Based on the one-act play by Jean Cocteau, which also inspired “Women on the Verge” (above), “The Human Voice” is a critically-acclaimed, 30-minute-long short that was released during the onset of the pandemic. It's Almodóvar’s first effort in English and “as fully fleshed out as almost any feature by the dazzling Spanish filmmaker.”

Starring the ever-riveting Tilda Swinton as a woman desperately waiting for a lover who’s abandoned her, the short is also a study in the director’s unique artistic vision. His “sense of cinema design — the décor simulates a luxe apartment and lays it bare as a soundstage illusion — is acutely keyed to Swinton’s performance here,” according to the New York Times, “which projects mercurial emotion with Swiss watch precision.”