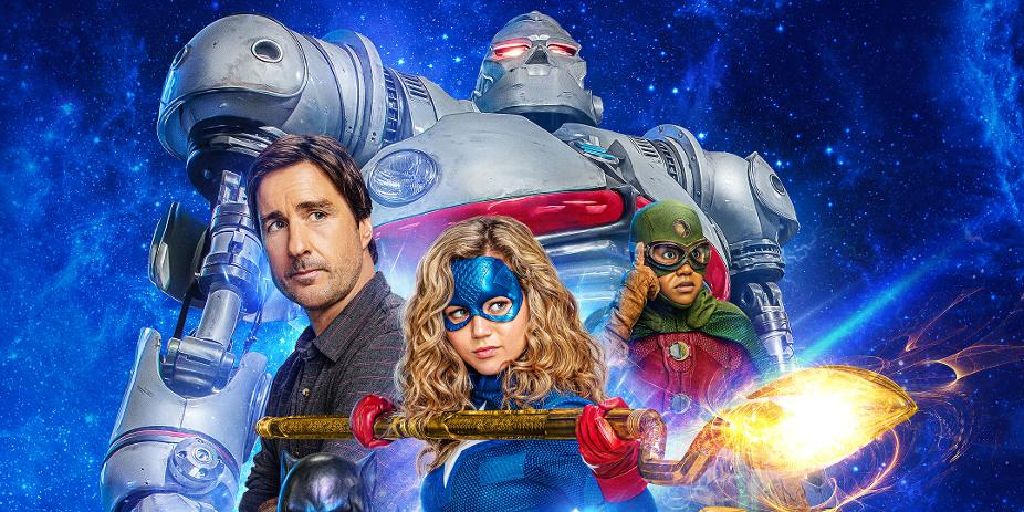 Writer/producer Geoff Johns has made a career of finding intriguing new stories in the depths of DC Comics mythology and bringing them to the page and screen. But his latest project Stargirl, a charming family-friendly superhero series that debuts on DC Universe on May 17 and CW on May 18, is personal for more reasons than one.

“I’ve always loved the history of DC, the deep roster of characters the universe has,” said Johns. “It’s fun to work on the more unknown characters and treat them like the A-list because they all have wonderful potential.”

That long history is the essence of DC’s unique brand in the comics world, even if the company has tended to emphasize the more “grim and gritty” aspects of its pantheon on the big screen. That’s understandable: the geeky appeal of DC’s long bench for comic fans can be hard to translate to general audiences unversed in decades of lore. Batman, Superman and Wonder Woman are a much easier sell.

But for Johns and Greg Berlanti, mastermind of the interconnected TV Arrowverse, the deep cuts like Legends of Tomorrow, Crisis on Infinite Earths – and now Stargirl, with its ties to DC’s 1940’s-era superteam the Justice Society of America – are where the fun is. “We have a love for the obscure, but we come to it from an emotional point of view. We want to introduce old-favorite characters to people who don’t know them or have seen them in the background but didn’t know who they were, but present them in a way that you fall in love with the characters.”

Reinventing old concepts for new audiences is nothing new for DC. The company published tens of thousands of stories over the decades, many featuring characters barely more than a costume design and a plot device. Creators like Neil Gaiman (Sandman, Black Orchid), Grant Morrison (Doom Patrol, Animal Man) and James Robinson (JSA, Starman) made their names polishing up some of the company’s silliest ideas into poignant, gripping stories that blend modern characterization with respect for DC’s legacy and continuity.

Johns broke into comics in 1999 with such a project. Stars and S.T.R.I.P.E. (co-created with artist Lee Moder), re-imagined a 1940s-era character called Star-Spangled Kid, a patriotic-themed kid crimefighter with a regrettably named grown-up sidekick “Stripesy,” as contemporary teenager Courtney Whitmore. Courtney inherits one of the most powerful objects in the DCU and learns to use it alongside her stepdad, Pat “Stripesy” Dugan, now wearer of a giant mech suit called S.T.R.I.P.E. Fans came for the superheroics but stuck around for the wonderful character interplay between straight-laced Pat, sassy Courtney and a colorful cast. Its success launched Johns’s career as a superstar writer for DC’s JSA, Green Lantern and Doomsday Clock, as well as serving as DC’s Chief Creative Officer from 2010-2018 and producer of many media projects for the company.

Stargirl has a deeply personal angle for Johns beyond simple nostalgia. His younger sister Courtney died in the 1996 TWA 800 crash, and he wanted to memorialize her by sharing her spark with his readers. “Aspects of Courtney inspired Stargirl,” said Johns. “She was the youngest. She had a can-do, confident attitude – sometimes over-confident, and she sometimes got into trouble like any kid. But she was driven, and tried to do the right thing. She had a great sense of how she treated people and looked out for the underdog.”

Johns says he always thought Stargirl would make a great TV show. “Wouldn’t it be cool to have a teenage superhero in a small town who works with her stepfather to discover evil that’s lurking about? Of course, I thought we’d have to do it without the robot.”

Now, in the era of Peek Geek, Johns can adapt his passion project without compromise – giant robot and all.

“It’s the best time I’ve ever had in my career, the most fun to work on,” he said. “I’m working with the best people in the industry on both sides of the camera, and I get to tell stories that appeal to old fans and people who have never heard of these characters.”

Johns said he had always envisioned Luke Wilson in the role of Pat and was delighted when he agreed to sign up for the show. “He read it and had some great ideas for the script and character,” said Johns. “I feel very fortunate.”

Another big get was Johns’s longtime friend and collaborator James Robinson, whose Starman series in the 1990s set the stage for Stargirl. Robinson is part of the writing team and has a producer credit on the show. “He’s such a great creative part of this,” said Johns. “If you’re a fan of James’s work, you’ll see some stuff in the show that will get you really excited.”

Johns suggested that flashbacks to the Golden Age, featuring the Justice Society and the even more obscure team Seven Soldiers of Victory, might be on tap if the show gets reupped. “We wanted to do a Times Past flashback, but we ran out of episodes in Season One. There’s all kinds of things we can do if we’re fortunate enough to get a second season.”

It’s not all about the past, though. Johns says the themes of legacy and continuity are central to the show. “We have the original generation alongside the next generation, including Yolanda Montez (Wildcat), Rick Tyler (Hourman) and Beth Chapel (Doctor Midnight),” said Johns. “To me that’s really exciting to see the next generation take the legacy of these original characters and move forward with their guidance, sometimes in concert sometimes in disagreement.”

Johns said he believes the connections between the characters and the emotional heart of Stargirl will give it appeal beyond the hardcore DC fanbase electrified at the chance to see long-time favorites finally reach the screen. “This is a show for fans and for people who have never heard of these characters. It’s the kind of show families can watch together – coviewing as they call it. My greatest dream would be to see a father and daughter cosplaying Stargirl and S.T.R.I.P.E.”

Johns admitted that the personal nature of this project has raised the stakes. “It’s been a long journey to get it out there. I’m excited about it. My family is excited about it. I hope people like it; I’ve put everything I have into it.”

Stargirl premiers Monday May 18 on the DC Universe streaming service in advance of the broadcast premier on Tuesday, May 19.

This article was written by Rob Salkowitz from Forbes and was legally licensed through the NewsCred publisher network. Please direct all licensing questions to legal@newscred.com.