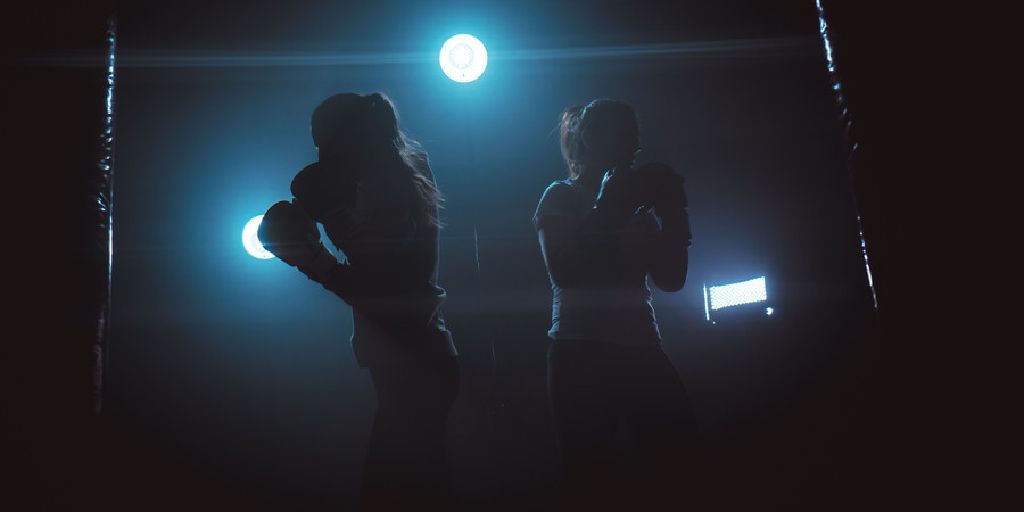 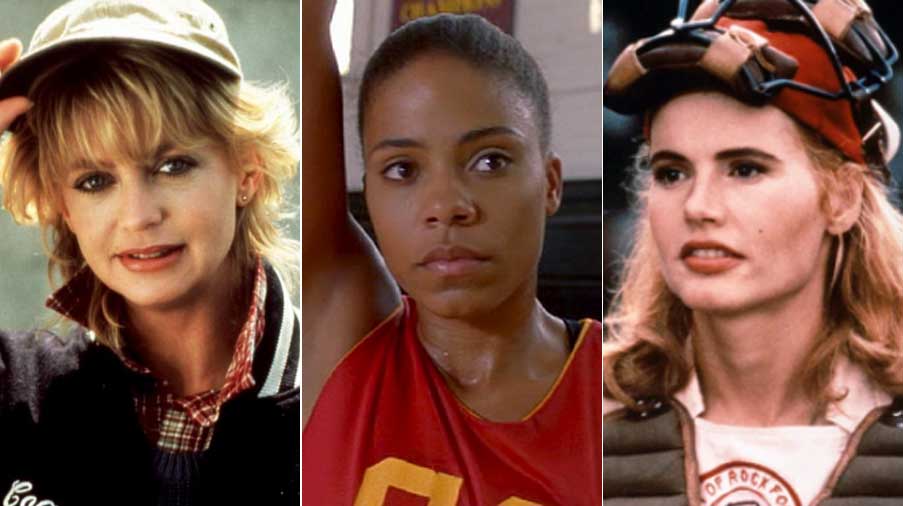 March just so happens to be both Women's History Month and also the home of March Madness, where men's and women's college basketball teams enter a tournament unlike any other in all of sports. That got us thinking -- what if we combine the two and highlight the best female-led sports movies and TV shows?

And while there are several excellent basketball-related entries on the list, that's just the tip of the iceberg. From baseball to figure skating to competitive horse diving (yes, that used to be a real thing), there's something here for everyone, with many entries that the whole family can enjoy together. 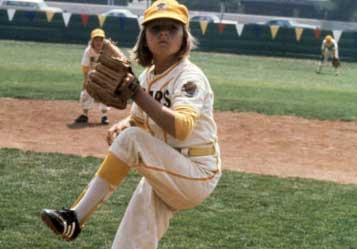 Forget the 2005 remake, the original Bad News Bears is where it's at. Walter Matthau is wonderfully awful as the alcoholic pool cleaner who used to play minor league baseball, charged with managing a little league team. If you're thinking that he's not a woman, you'd be right, but his star pitcher, Amanda Whurlitzer, is played by '70s child star Tatum O'Neal, one of the youngest Oscar winners ever when she won an Academy Award at the age of 10 for Paper Moon. Her foul-mouthed 11-year-old Amanda is truly one of the most fun female figures in all of sports cinema or television.

Before Keira Knightley, Parminder Nagra and Archie Panjabi were household names, they were playing some seriously kick-ass soccer in this 2002 British-German sports flick about an Indian family in Britain whose daughter desperately wants to play soccer but is forbidden to do so by her parents. It was directed by Gurinder Chadha, a female British director whose films usually examine the social and emotional issues involved in being an Indian person growing up in England.

This 1992 sports-themed romantic comedy has become something of a cult classic since its release. Stars Moira Kelly and D.B. Sweeney have electric chemistry together as two unlikely figuring skating partners trying to make it to the Olympics -- she a high-strung perfectionist and he a former hockey player. What makes it even more special is that the two spent months training to look like real figure skaters, to the point where Kelly actually injured her ankle during shooting and then had to pass on a role in another entry on this list, A League of Their Own. She was originally cast as Kit Keller, which ended up going to actress Lori Petty after Kelly was forced to drop out of the project.

Watch The Cutting Edge on DIRECTV

It may seem weird to have a show about fantasy football that stars five dudes on this list, but the sixth star of the show is Katie Aselton as Jenny MacArthur -- and she is an absolute scene-stealer, especially since the writers made her character a secret whiz at fantasy football. This one is definitely not family-friendly, but adult football fans will love it.

A League of Their Own

The quintessential women's sports movie, this 1992 sports dramedy is based on the real-life women's professional baseball league that was started during World War II when so many regular MLB players went off to serve in the war. Geena Davis and Tom Hanks headline a cast of heavy hitters as the Rockford Peaches' catcher and manager, respectively, and are supported by an incredible cast of women. Moreover, it was directed by a woman, Penny Marshall.

Another entry directed by a woman (Gina Prince-Bythewood), this 2000 romantic drama is one of the best entries on the list. Sanaa Lathan and Omar Epps star as next-door neighbors who grow up wanting to play professional basketball. The struggle between their friendship that turns into more and the competitive drive to beat each other, which gets tricky as the characters grow up because Epps is just naturally bigger than Lathan, is beautifully done. 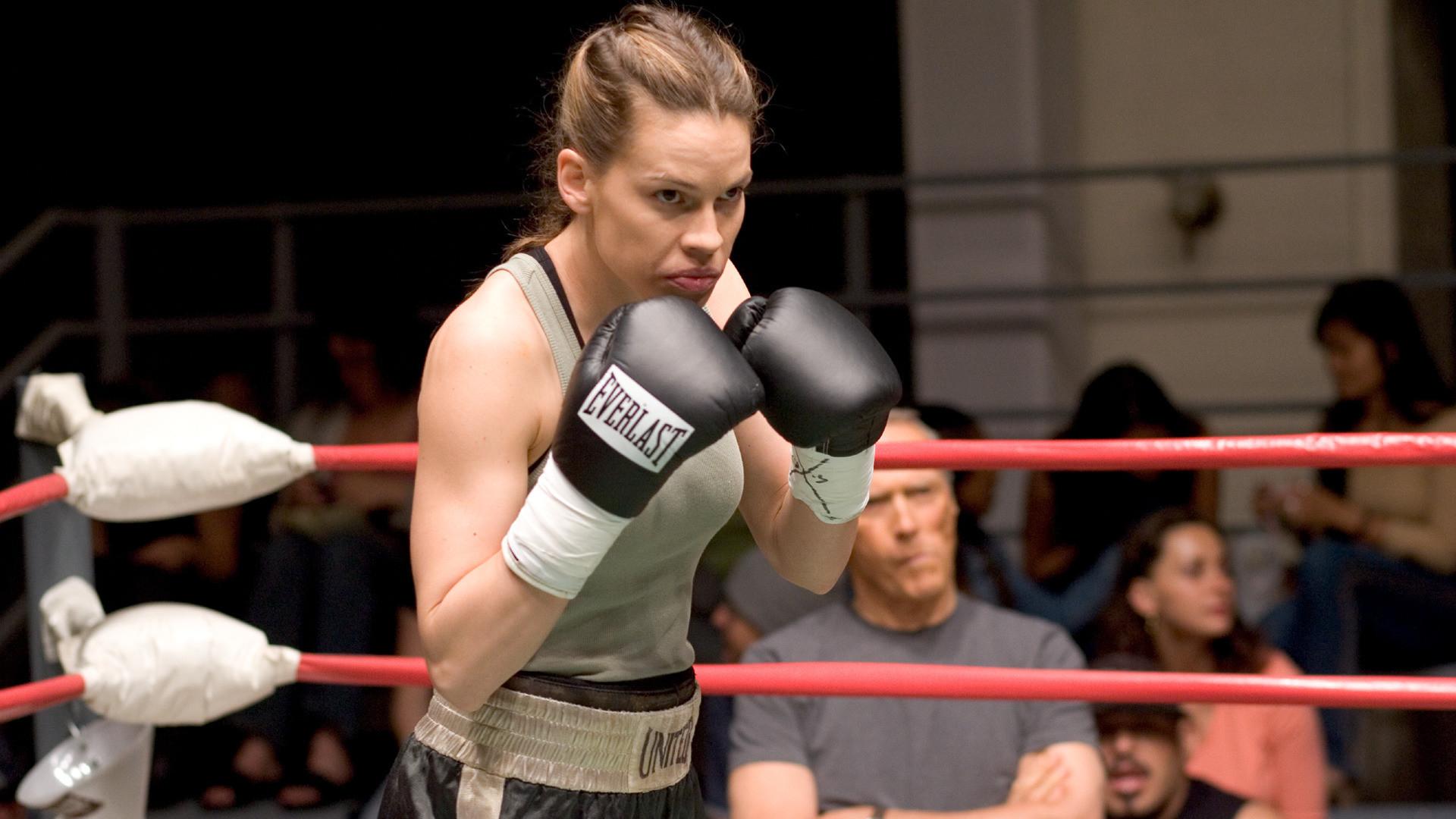 Hilary Swank stars as Maggie Fitzgerald, a girl from rural Missouri who asks Frankie Dunn (Clint Eastwood, who also directed the film) to train her to box. He initially refuses, but Maggie's doggedness and natural talent finally wear him down and the two develop a bond, but the film takes a tragic turn when Maggie is critically injured in her first million-dollar bout. The movie was nominated for seven Oscars, winning four (Best Picture, Best Director, Best Actress and Best Supporting Actor). 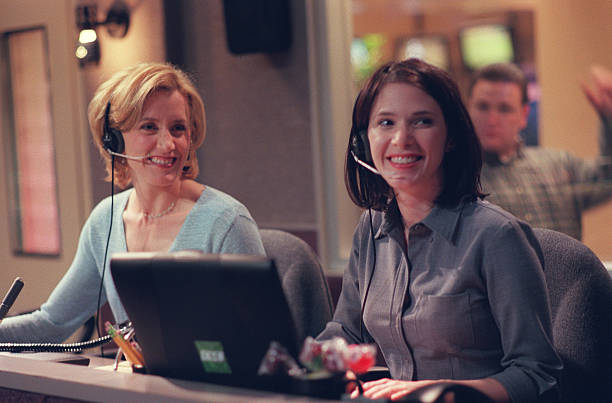 Aaron Sorkin's workplace dramedy may star two men as SportsCenter-like anchors, but Felicity Huffman's executive producer Dana Whitaker steals the show left and right. There's a reason this woman has a combined 13 Emmy, Golden Globe and Oscar nominations to her name (with only two wins, which is a crime). But if you come for the Huffman, stay for the awesome supporting actresses: Sabrina Lloyd, Teri Polo, Brenda Strong and Paula Marshall. The men on the show aren't too shabby either.

This 1991 heartstring-tugger is based on the true story of Sonora Webster Carver, a rider of diving horses during the Great Depression. During one of her dives, Sonora injured her eyes and became blind, but she continued jumping for 11 years afterward. It's truly an inspirational story and one that adults and kids alike can enjoy together. 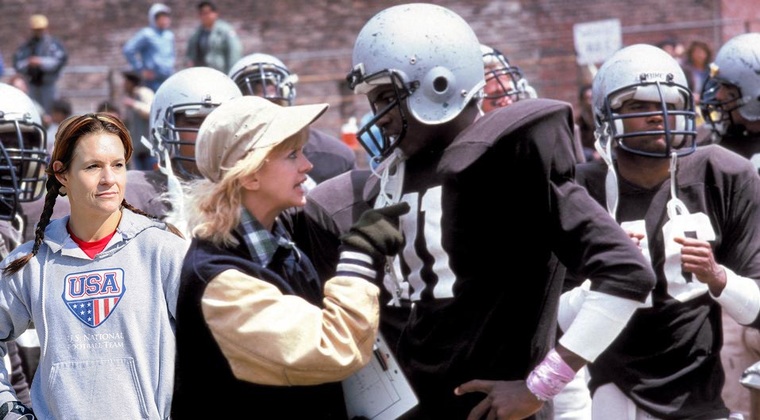 This one is not so much family-friendly, but it is highly enjoyable and very funny. Goldie Hawn stars as Molly McGrath, a newly-divorced mom of two girls who grew up living and breathing football with her father. When a job opens up to coach a local high school team, she nabs the position, along with all the misogyny and belittlement that follows. But her skills win over her team, with a lot of hilarity along the way. Bonus points: Two of her star players are Wesley Snipes and Woody Harrelson, starring here together six years before their breakout sports hit White Men Can't Jump.